Joint and several liability does not apply in Nevada negligence cases. In such cases, liability is apportioned under Nevada's comparative negligence law to each party that has acted negligently.

To help you better understand joint and several liability in Nevada, our Las Vegas Nevada personal injury lawyers discuss the following, below: 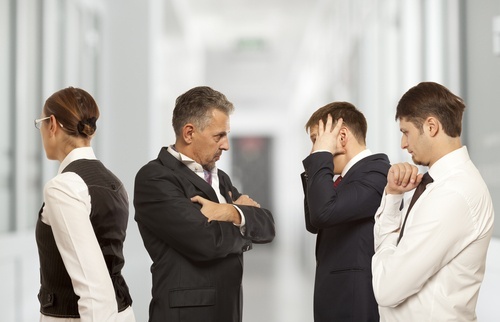 1. What is "joint liability" in Nevada?

“Joint liability” simply means that liability for a plaintiff's injury is shared by more than one party.

In legal terminology, the people in Nevada who share responsibility for a wrongful act or outcome are known as “joint tortfeasors.”

Joint tortfeasors are two or more parties who:

Example: Paul believes his co-worker David has disrespected him. Paul recruits his friend Quentin to help him beat David up. As a result of the assault, David incurs significant medical bills, lost wages and damages for pain and suffering. Because Paul and Quentin committed the assault together, they are joint tortfeasors. Legally they are jointly responsible for David's damages (and may also be prosecuted under Nevada's assault and battery laws).

2. What is "several liability" in Nevada?

Several liability is a legal doctrine under which a defendant can be sued for injuries without the necessity of suing other liable parties.

This is designed to make it easier for a wronged plaintiff to recover damages in cases in which one or more defendants cannot successfully be sued due to insolvency, residency in another state or any other reason.

3. What is the significance of joint and several liability in Nevada?

When defendants share joint and several liability, a plaintiff does not have to sue all of them in order to recover damages. She can sue them all if she wants to, but each defendant alone is liable for 100% of the plaintiff's damages.

If the plaintiff recovers all her damages in a lawsuit from less than all the responsible parties, the losing party or parties can seek contribution from other responsible defendants. In essence, it makes recovering from those defendants the other defendant's problem, not the plaintiff's.

If, prior to a lawsuit, the plaintiff has settled out of court for part of her damages with one or more defendants, the judge will reduce any recovery subsequently obtained against another defendant by the amount previously obtained by the plaintiff.

4. When does joint and several liability apply in Nevada?

In Nevada, joint and several liability is a limited doctrine. It does not apply in most negligence cases.

Under NRS 41.141 (5), defendants are jointly and severally liable in Nevada solely in actions based upon:

"Concerted acts of the defendants” do not include negligent acts committed by providers of health care while working together to provide treatment to a patient.

Example: Jeanette goes to the hospital for an emergency appendectomy. When the operating team is suturing the incision, the operating nurse negligently loses count of surgical sponges and the surgeon fails to notice that he has left a sponge in Jeanette's body. Jeanette develops a painful reaction and has to undergo a second surgery. The nurse and the surgeon are each 50% liable to Jeanette for medical malpractice. However, because their actions were not concerted for purposes of Nevada's joint and several liability laws, Jeanette will have to sue both of them in order to recover 100% of her damages.1

5. How joint and several liability differs from comparative negligence

In Nevada, joint and several liability does not apply when multiple defendants negligently wrong a plaintiff. Instead, in a negligence case, Nevada's comparative negligence law requires that a percentage of blame be allocated to each negligent party (including, if applicable, the plaintiff).2

Example: Alice makes a right turn from a hotel driveway onto the Las Vegas Strip. There is a lot of traffic and she is in a hurry. Alice pulls out too closely in front of Brian, who is driving a little over the speed limit.

Meanwhile, Carol, who is in the next lane over, isn't paying attention at all. She drifts into their lane and grazes Brian's car. Shocked by the sudden impact, Brian glances to his left. While he is doing so, Alice brakes sharply to avoid a pedestrian and Brian rear ends her.

Alice sustains a spinal injury and sues Brian and Carol for her medical bills, lost wages and car repairs. A jury determines that her total damages are worth $100,000.

The jury also determines that all three drivers have been negligent: Alice for pulling out too close to Brian; Brian for speeding; and Carol for drifting into the wrong lane. They apportion blame as follows: 15% to Alice, 35% to Brian, and 50% to Carol. Under Nevada's comparative negligence law, Alice is entitled to a judgement of $35,000 from Brian and $50,000 from Carol.

6. What if a case involves both negligent and intentional tortfeasors?

Sometimes, one or more defendants acts negligently while another acts intentionally. The Nevada Supreme Court considered this situation in a 2012 case called Cafe Moda v. Palma.3

The plaintiff sought to recover 100% of his damages from the restaurant on the theory that because he was injured by an intentional act, he was entitled to recover from either party under Nevada's joint and several liability statute.

However, the Nevada Supreme Court disagreed and held that a defendant is only responsible for 100% of a plaintiff's injuries if that particular defendant's actions were intentional (or fall into another one of the exceptions).

Thus the restaurant – which only acted negligently – was liable for just its 20% of the innocent patron's damages. But the assailant – who acted intentionally – could be held liable for 100% of the other patron's damages under Nevada's joint and several liability law.

If you were injured by an accident, a defective product, or any other wrongful act committed by more than one other party in Las Vegas, we invite you to contact us for a free consultation.

Our experienced Las Vegas injury attorneys know how best to take advantage of Nevada's complex laws on joint and several liability and comparative negligence to make sure you receive the biggest settlement or judgement for your injuries.