"Food Poisoning in Las Vegas — 5 Parties You Can Sue

Food poisoning lawsuits in Las Vegas Nevada are when victims sue restaurants, grocers, or manufacturers for serving them contaminated food that caused their illness, such as salmonella, e. coli, or norovirus. Three common legal claims for food poisoning are products liability, negligence and negligence per se. The statute of limitations to bring a claim is two (2) years after the sickness.

In this article, our Las Vegas personal injury attorneys discuss: 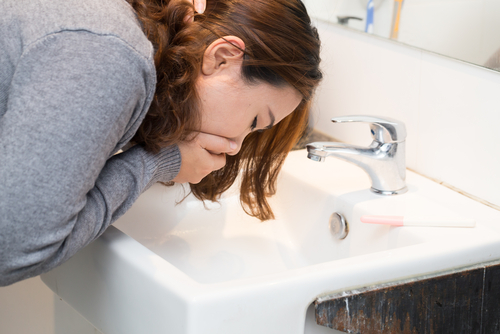 Most foodborne illness cases settle with no trial.

1. What are the grounds for food poisoning lawsuits in Nevada?

There are various legal claims that food poisoning victims ("plaintiffs") may be able to bring against the at-fault parties ("defendants"). These include:

There are five elements a plaintiff needs to prove in a products liability claim in Nevada:

Producers must make food safe for consumption. If the food has problems that sicken others, then these producers are strictly liable to the victims for making defective products.

There are four elements a plaintiff needs to prove in a negligence claim in Nevada:

Companies who grow, make, ship, or serve foodstuffs owe the public a duty of care to keep the food safe. If these companies cut corners — which then causes consumers to become ill from the contaminated food — these companies are negligent.

There are five elements a plaintiff needs to prove in a negligence per se claim in Nevada:

Food storage and preparation is one of the most heavily regulated activities in the U.S. by the FDA (Food and Drug Administration) and in Las Vegas by the Southern Nevada Health District (SNHD). If companies violate these safety laws — which then causes consumers to become ill from the contaminated food — these companies are negligent per se.

There are four elements the plaintiff would need to prove in a wrongful death claim in Nevada:

The victim's family and/or estate can bring wrongful death claims in Nevada.4

2. Whom can I bring a lawsuit against?

It depends on the circumstances of the food poisoning case. It may be possible to sue the following parties:

It may also be possible to sue the particular factory workers, cooks, and waiters whose actions caused the foodstuffs to become contaminated. But the companies they work for have much deeper pockets. So they can offer a much larger settlement. 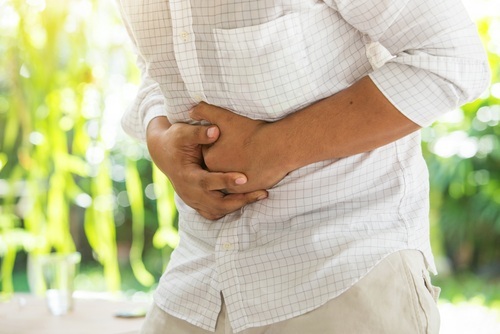 There are several possible culprits in foodborne illness cases. These include the companies that manufactured, shipped, or served the food.

When people are poisoned by their food due to negligence, Nevada state law allows them to collect the full amount of their damages. This holds true even if an immune condition or age caused them to become more sick than the average person.

Personal injury attorneys would fight for a settlement that covers all of the following compensatory damages:

Should the case go to trial, the personal injury attorney would also fight for punitive damages. These are meant to punish defendants for their behavior. And punitive damages can be much larger than compensatory damages.5

The statute of limitations to bring a Nevada civil lawsuit for contaminated food is usually two (2) years after the victim gets sick. But this time period may be longer depending on the circumstances of the case and the particular claims involved.6

Either way, it is important for victims to consult with a Nevada personal injury attorney as soon as possible. The quicker an attorney gets on the case, the better chance the attorney has of compiling important evidence, including:

The more time goes by, the more memories fade and the more evidence disappears.

5. How do I prove a food poisoning claim?

First, food poisoning victims should seek medical help. Doctors can diagnose what virus or bacteria caused the sickness. And these medical records may serve as important evidence if the victim sues.

Second, victims should file a foodborne illness complaint with the local health authority. In Las Vegas, that would be the SNHD. They may then launch an investigation of the restaurant or venue. And if other victims file similar complaints, their claims become stronger.

Finally, victims should compile all relevant evidence. This may include:

In some situations — such as widespread food contamination leading to a product recall — it can be relatively easy for victims to show where contaminated foodstuffs came from. In more isolated circumstances, it can sometimes be difficult for people to prove that they were made sick by a specific food or establishment.

Generally, victims do not have a case if they stored the food improperly. For example, if a person buys milk and leaves it on the counter, the grocer is not liable for the spoiled milk causing food poisoning. It was the customer's fault.

But victims should have a case for illnesses caused by manufacturing and preparation problems. So if grocer sells spoiled milk, the grocer could be liable for customers causing food poisoning. The customer did not cause the spoiling.

Food contamination can happen at several different points. From the farm to the table.

Some food contamination occurs at the harvest of the food. Perhaps the person picking produce did not wash hands after using the bathroom. This could cause sickness. Especially if the produce was rinsed poorly or not at all.

Other foodborne illness occurs from contamination during production or processing. This could include bad butchering of meat. Or a production line introducing a harmful microorganism to flour.

Food contamination can also happen during preparation or serving. This usually results from cross-contamination from unwashed hands.

A variety of microorganisms can cause foodborne illness. Common types of food poisoning leading to hospitalization in the U.S. include:

Food poisoning affects different people in different ways. The most vulnerable are the young, elderly, and immuno-compromised.

Every year, one in six Americans gets food poisoning. Usually the effects of food poisoning are minor. And most victims require no hospitalization.

But ingested contaminated foodstuffs can cause medical emergencies. The U.S. Centers for Disease Control and Prevention (CDC) estimate that foodborne diseases cause approximately 76 million illnesses, 325,000 hospitalizations, and 5,000 deaths in the U.S. each year.7

Perhaps the most well-known case involves the restaurant Firefly Tapas Kitchen & Bar. More than 300 people sued the establishment for giving them salmonella poisoning in April and May of 2013. Victims suffered fevers and diarrhea.

The restaurant relied on mediation to broker settlements. It is reported that the total settlements exceeded the restaurant's liability insurance cap of $3 million through Farmers. But the exact figures are protected under nondisclosure agreements.

Ultimately, the SNHD traced the source to a contaminated sample of chorizo. The original Firefly location where the outbreak occurred has since closed.8

Another infamous salmonella outbreak occurred over Thanksgiving in 1997 at Binion's Coffee Shop.9 More than three dozen people claimed they got sick after eating there. More recently in 2019, Cafe No Fur was investigated for allegedly causing a foodborne illness.10

Sickened with food poisoning in Nevada? You may have legal recourse. Our Las Vegas personal injury attorneys can help.

We are often able to achieve a large settlement to cover all your expenses and more without a trial. And you pay us nothing unless we win your case. So it is risk-free to you.

Sickened in Colorado? See our article on filing a food poisoning lawsuit in Colorado.