5 Nevada dog laws you may not have known existed

Las Vegas's dog leash laws are meant in part to prevent dog bites and the inevitable Nevada dog bite lawsuits. The general rule throughout the state is that dogs must be leashed at all times unless the dog is at a residence or a dog park.

Nevada's cities and counties typically treat failure to use a dog leash as a civil infraction carrying a small fine. But this offense is technically a misdemeanor in Nevada that could carry high fines and jail time.

In this article, our Las Vegas personal injury attorneys discuss dog leash laws in Clark County and throughout Nevada: 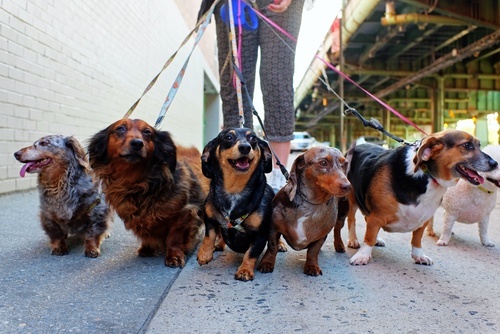 In Nevada, dogs are required to be kept on leashes when out in public (other than in dog parks).

In general, dogs must be kept on leashes in Nevada whenever they are out in public. The only exception is dog parks or certain rural areas.

Leashes are also required in HOA communities whether or not they are gated: Once the dog enters a communal area such as the sidewalk, a leash becomes necessary.

Even hunting with unleashed dogs is unlawful in Nevada if the dog is pursuing:

Dog leash laws are regulated mostly at the county- and city-level rather than the state level. So always check the local rules before taking out your dog in Nevada:

Clark County Code 10.36.040 makes it a misdemeanor to willfully take a dog in public without a leash.2 The penalties include:

There are special rules on the Strip between Sahara Avenue and Sunset Road: Dogs are completely prohibited -- even with a leash -- between 5 a.m. and 12 noon. The only exception is service animals.3

Las Vegas Municipal Code 7.36.030 makes it a misdemeanor to willfully take a dog in public without a leash.4

In most cases, the city elects to impose a civil penalty instead of a criminal charge on the defendant. These civil "infractions" typically carry just a small fine.

But if the defendant does get charged with a misdemeanor, he or she faces the following sentence for a first-time conviction:

Meanwhile, a second-time offense within seven years of the first carries:

Henderson Municipal Code 7.08.020 makes it a misdemeanor to take a dog in public without a leash. The penalties carry:

Furthermore, the city can impound an "at large" dog for at least 72 hours at the Henderson Animal Care and Control Facility, 300 E Galleria. The owner can reclaim the dog by showing proof of ownership (or a Henderson animal license) as well as proof of current rabies vaccination.6

North Las Vegas Municipal Code 6.08.060 makes it a misdemeanor to take a dog in public without a leash. The penalties carry:

Furthermore, the city can impound an "at large" dog for at least 72 hours. The owner can reclaim the dog by showing proof of ownership and paying $25, plus boarding costs.7

Finally, North Las Vegas permits people to take out "dangerous" dogs in public only if the owner keeps the dog leashed, muzzled, and under an adult's control.9 (Read more about dangerous dogs in our article on Las Vegas dog bite laws.) 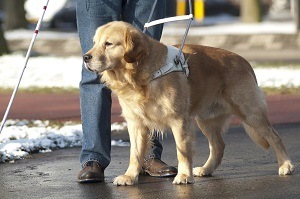 Service dogs are permitted on the Las Vegas Strip at all times, but they must be on a leash.

Washoe County Code 55.100 mandates that dogs have leashes while out in public if the location fits the legal definition of "congested." In other words, these leash laws do not apply to rural areas.10

To check if your address is considered a contested area, click here for the Washoe County Regional Mapping System.

Not leashing a dog while out in public is a misdemeanor, carrying:

However, the county may elect to issue a civil fine instead of a criminal citation. The fine increases with each successive infraction:

However, it may be possible to contest this fine at an administrative hearing.11

Nye County makes it a misdemeanor to take a dog out in public without a leash.

Not leashing a dog while out in public is a misdemeanor, carrying:

2. Suing for not using a dog leash in Nevada

One purpose behind leash laws is to help prevent dogs from running amok and biting people.

People who have been bitten by an unleashed dog may be able to sue the dog owner for negligence per se in Nevada. In order to prove negligence per se, the plaintiff (victim) would need to show the following:

People who have been bitten by a leashed dog can still sue the owner, but bringing a straight negligence claim in Nevada might be more successful. The plaintiff would need to show the following to prove a negligence claim:

Depending on the case, plaintiffs may be able to recover such Nevada compensatory damages as:

If the defendant acted especially recklessly, the plaintiff may even be able to win Nevada punitive damages as well.

If you have been injured by a dog in Nevada, contact our Las Vegas dog bite lawyers for a free consultation at 702-333-3673. We will fight for the largest possible settlement, and in most cases we can achieve a favorable resolution with the minimum of litigation.

Also see our article on the Nevada crime of keeping a vicious dog (NRS 202.500).