A person is liable for "intentional interference with contractual relations" in Nevada when he or she unjustly causing someone else to breach a contract. The plaintiff may be able to sue for compensatory damages to make up for lost earnings. A judge can also award punitive damages to punish the perpetrator.

The elements for a Nevada claim of "intentional interference with contractual relations" are:

Nevada imposes a three (3)-year time limit for bringing this type of lawsuit. Many of these cases settle out of court.

In this article, our Las Vegas Nevada personal injury attorneys answer frequently-asked-questions about disrupting contracts, including legal definitions, standards of proof, and statutes of limitations. Click on a topic to jump to that section: 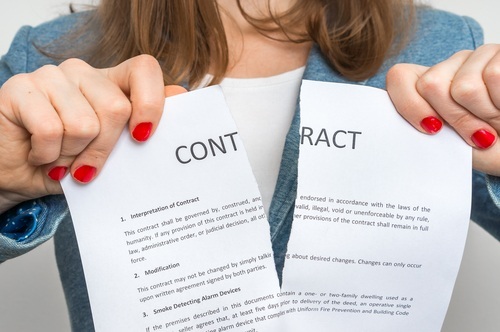 Wilfully causing another person's contract to breach is unlawful in Nevada.

1. What is "intentional interference with contractual relations" in Las Vegas, Nevada?

It is when a person willfully and unlawfully causes someone to breach a contract. "Intentional interference with contractual relations" has six (6) elements that the plaintiff has to prove in court:

Example: Jerry and Tom sign a contract to merge their realtor businesses in Nevada. Jerry's vengeful ex-wife fabricates a violent criminal record for Jerry and sends it to Tom. Thinking that it is real, Tom decides he does not want to stay in business with Jerry. Since the ex-wife's wrongful behavior caused Tom to breach the contract...which was her intent to begin with...she could be held liable in court.

Things would be different in the above example if Jerry actually had a criminal record, and his ex-wife merely wanted to inform Tom about Jerry's past for Tom's own safety. In that case, the ex-wife would not be liable because she did not do anything wrong or unjustified. 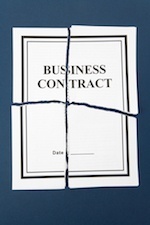 Plaintiffs can sue for "compensatory damages": This is the money the plaintiff lost when the contract broke.

Any person(s) who deliberately caused a party to the contract to breach it.

4. How do I prove someone sabotaged my contract?

The best evidence would be:

The best evidence for proving lost profits could include the contract itself, testimony by a financial expert, and/or historical data. 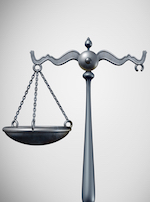 In order to win at court, plaintiffs have to prove their case by a "preponderance of the evidence." This means that it is "more likely than not" that the defendant wronged the plaintiff.3

The plaintiff has a three (3) year-window to sue after he/she learns of the defendant's interference.4

6. How can the defendant fight back?

Possible arguments the defendant may use are: 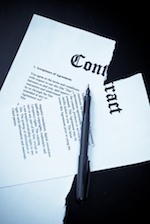 Other claims plaintiffs may sue for include:

If your contract was broken because of someone else's wrongdoings, call our Las Vegas personal injury attorneys at 702-DEFENSE (702-333-3673) to discuss. We get nothing unless we win your case.

In California? See our informational webpage on California law for inducing breach of contract.