Security guards in Nevada bars and nightclubs have been known to beat up patrons for allegedly skipping out on the check. Just recently, a Las Vegas court returned a $160.5 million dollar verdict for a Marquee nightclub patron who sustained a traumatic brain injury after arguing over the $10,000 check with security.1

Bar and nightclub customers who are roughed up for allegedly not paying a bar tab can typically sue for negligence and battery. If successful, victims can recover both punitive damages in addition to compensatory damages for:

In many of these cases, the bar/nightclub staff were mistaken about the customer not paying the bill. But customers who did try to get out paying can still recover money damages if they are injured by security. And under Nevada's comparative negligence law, even victims who may have been partially to blame for their injuries may be entitled to money damages.

In this article, our Las Vegas personal injury attorneys answer frequently-asked-questions about suing for being beaten up in a bar or nightclub for not paying bill in Nevada, including possible claims, statutes of limitations in Nevada, and financial rewards. 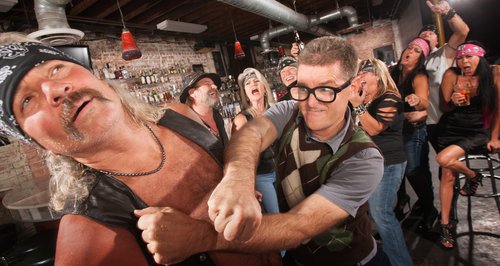 A Las Vegas court recently awarded a nine-figure sum to a nightclub patron who was severely beaten by nightclub security.

1. What can I do if I was beaten up for not paying my tab in Nevada?

Victims in bar tab brawls typically have two viable causes of action: 1) negligence, against the bar or nightclub proprietors, and 2) battery, against the bar employees who assaulted the patron.

Negligence has four elements that the plaintiff (victim) would need to prove in order to win in court: 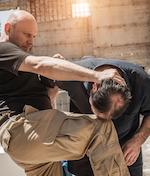 In nightclubs or bars, the business owners have a duty to keep the premises safe for their patrons. The owners breach this duty when their employees beat up patrons (assuming the employees are not acting in lawful self-defense). Therefore, the business owners are liable to patrons who sustain injuries from being harmed by their employees. It makes no difference whether the victim skipped out on the check or not.

Civil battery has four elements that the plaintiff (victim) would need to prove in order to win in court:

In short, battery includes such actions as punching, kicking, pushing, slapping, etc. The damages can range from minor bruises and lacerations to fractures, brain injuries, and spinal injuries. A person can still be liable for committing battery in Nevada even if the victim did try to get away with not paying a check.

2. Can I sue for compensatory damages if I was beaten up for not paying my tab in Nevada?

3. Can I get punitive damages if I was beaten up for not paying my tab in Nevada?

Probably yes, considering the wanton nature of security beating up patrons over a bar tab. Nevada courts award punitive damages when the wrongdoing crossed the line from mere negligence to maliciousness. Note that Nevada caps punitive damages at:

4. Whom can I sue if I was beaten up for not paying my tab in Nevada?

Predictably, the company that owns the bar or nightclub usually has far deeper pockets than the individuals who battered the plaintiff. In the Marquee case discussed above, the victim sued The Cosmopolitan, the nightclub and Roof Deck Entertainment LLC. Other popular nightclubs, lounges and bars in Las Vegas include:

5. Can I still get money if I was partially at fault for getting beaten up for not paying my tab in Nevada?

Yes, if you were 50% or less at fault. Bar and nightclub brawls with staff can spring up very quickly and unexpectedly, and sometimes both sides bear responsibility for escalating the situation. Whether or not the patron paid the tab is irrelevant.6

6. When can I sue for getting beaten up for not paying my tab in Nevada?

Nevada has a two (2) years statute of limitations for bringing personal injury suits.7

Were you roughed up for allegedly skipping out on a bar tab? Then call our Las Vegas nightclub injury attorneys at 702-DEFENSE (702-333-3673) for a free consultation. We fight to get our clients the most generous financial settlements possible. And you pay nothing unless we win your case.