NRS 197.190 is the Nevada law that makes it a crime to obstruct a public officer. This entails making false statements to, hindering, or withholding information from a public officer. Public officers include public government employees such as police or judges.

Violating NRS 197.190 is a misdemeanor in Nevada, carrying a maximum punishment of:

A defense attorney may be able to plea bargain the case down to a full dismissal. Three typical defense strategies to obstruction allegations are: 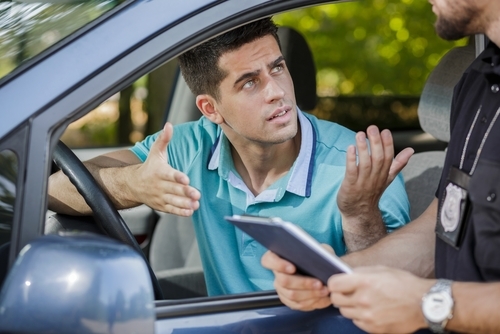 Obstruction of a police officer is a misdemeanor in Nevada.

1. Legal definition of "obstructing a public officer" in Nevada

The Nevada crime of obstructing a public officer comprises either of the following three actions:

A "public officer" is any state government or local government employee in Nevada. This includes everyone from police officers and judges to councilmen and senators.1

In short, it is illegal to hamper government officers from doing their job. Note that it is generally not considered obstruction for a person to refuse to tell a police officer his/her name unless the refusal would make it more difficult for the police to do their job:2

Example: A police officer gets a tip that Ken has trespassed into a casino that he was banned from. The police officer approaches Ken and asks Ken his name. Ken refuses to tell him. In this situation, Ken could probably be arrested for obstruction because his name was necessary to the police's investigation of the trespass.3

2. Penalties for "obstruction of a public officer" in Nevada 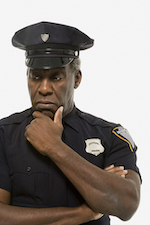 Many first-time misdemeanor cases can get dismissed.

Obstruction of a government officer is prosecuted as a misdemeanor in Nevada. The possible sentence may include:

For a first offense, the judge may agree to "dismiss" the charge after the defendant completed the sentencing terms. A dismissal means there is no conviction.

3. Fighting charges of "obstructing a public officer" in Nevada

Which defenses are most effective in a Nevada "obstruction of government officer" case depends on the facts of the incident. Three common defense strategies are:

Remember that the prosecution bears the burden to prove a defendant's guilt beyond a reasonable doubt before the defendant may be convicted. If the defense attorney can show that the state's evidence against the defendant is too problematic, inconclusive or nonexistent, any obstruction of public officer charges should be dismissed.

4. Deportation for "obstruction of a public officer" 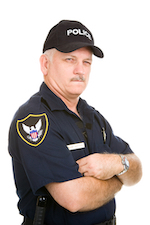 Violating NRS 197.190 is not typically classified as a deportable offense. However, any non-citizen facing criminal charges may be vulnerable to being thrown out of the United States, especially in the current political climate where immigration laws seem to be in a constant state of flux.

Immigrants who have been charged with a crime are encouraged to seek legal counsel from an attorney experienced in both immigration and criminal law. The attorney may be able to persuade the D.A. to drop the case or else change the charge to a non-deportable offense. Learn more about the criminal defense of immigrants in Nevada.

5. Sealing criminal records for "obstruction of a public officer" in Nevada

The criminal record seal process is very lengthy and confusing, and one mistake can set the defendant back months. Learn more about how to apply to seal a Nevada criminal record.

The Nevada crime of interfering with a government officer is like a more serious version of obstruction. In contrast to obstructing a public officer -- which comprises more passive non-cooperation -- interfering with a government officer comprises more active attempts to keep a public officer from performing their legal duties by the use of force, violence or threats.

The Nevada crime of resisting arrest occurs when a person deliberately hinders police from carrying out legal duties, such as making an arrest. Violating NRS 199.280 with no weapons is a misdemeanor, carrying up to six (6) months in jail and/or up to $1,000 in fines. But the crime becomes a felony in Nevada if the defendant had firearms or other weapons.

The Nevada crime of evading police under NRS 484B.550 occurs when someone intentionally continues to drive after police have signaled for the driver to stop by flashing the red light and sounding the siren. It is typically prosecuted as a misdemeanor, carrying up to six (6) months in jail and/or up to $1,000 in fines.

However, evading becomes a felony if the driver was driving dangerously, was under the influence of alcohol or drugs, or caused injury or death. Learn more in our article on the Nevada crime of evading police and causing injury. 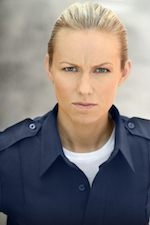 Making a false police report is a misdemeanor.

Violating NRS 207.280 is a misdemeanor, carrying up to six (6) months in jail and/or up to $1,000 in fines. In addition, the defendant may be ordered to reimburse the police for any costs the police incurred while investigating the false claim.

Like it sounds, the Nevada crime of battery of a police officer occurs when a person inflicts unlawful physical force on a member of law enforcement. Examples include punching, spitting on, or throwing objects at.

Battering a police officer is typically a gross misdemeanor, carrying up to 364 days in jail and/or up to $2,000 in fines. But if the defendant strangled the officer or caused him/her to sustain substantial bodily harm in Nevada, battery on a police officer becomes a category B felony in Nevada. These penalties include:

Note that the prison range may be increased to fifteen (15) years if the incident involved a deadly weapon.

The Nevada crime of escaping custody occurs when suspects or convicts escape from prison, jail, or police custody. The penalties turn on the underlying crime the defendant was incarcerated for.

If you would like to schedule a free consultation with our Las Vegas criminal defense attorneys, call 702-DEFENSE (702-333-3673). We may be able to get your charges lowered or thrown out completely. And if necessary, we will fight for your innocence at trial.

Arrested in California? See our article on the California crime of resisting arrest | Penal Code 148(a)(1) PC.

Arrested in Colorado? See our article on the Colorado crime of obstructing a peace officer | 18-8-104 C.R.S.