You or a loved one went to trial in Nevada. The judge or jury rendered a "guilty" verdict. The court imposed a long prison sentence. Is this the end of the story? Not necessarily.

In the article below, our Nevada criminal appeals lawyers explain the process of appealing a conviction...including where to file your appeal, deadlines, grounds for appeal and chances of success.

What is an appeal in Nevada criminal law?

A defendant may appeal a criminal conviction for any number of reasons including:

No, a criminal appeal in Nevada is simply a review of your trial. The appellate court looks only at the records and the transcripts of what occurred in trial court. Your attorney may not introduce new evidence or testimony during oral arguments or in your appellate brief (the document explaining to the court why you should win an appeal). For information about motions for a new trial in Nevada, go to our article motions for a new trial in Nevada. 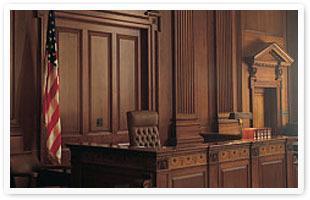 Are appeals the only way to challenge a criminal conviction?

No, there are various post-trial motions your Nevada criminal appeals attorney can file with the trial court requesting that they change its verdict or order a new trial. However, judges rarely overrule themselves, so appeals are usually the best bet to attempt to overturn a conviction.

Which court do I appeal to in Nevada?

It depends on which court presided over your trial.

But if you were tried in a county district court (which means the charge was for either a felony in Nevada or a gross misdemeanor in Nevada), then you may appeal to the Nevada Supreme Court. If that appeal is unsuccessful you can petition the matter further...all the way to the Supreme Court of the United States. But they hear very few cases and chances are they will not entertain your appeal. For more information on felony appeals in Nevada, read our article on felony appeals in Nevada.

Finally, if your case was in federal court (the United States District Court - District of Nevada), then your attorney may appeal to the Ninth Circuit Court of Appeals. Failing that, your final resort is the Supreme Court of the United States, though, again, chances are slim they will hear your case. For information about Nevada federal appeals, go to our article Nevada federal appeals law.

How long do I have to appeal my conviction in Nevada?

It depends which court your criminal case was in: If your trial was in district court, your lawyer has thirty (30) days from the date you were convicted to commence the appeals process. If your case was in justice court or federal district court, then you have only ten (10) days.

If you are convicted of a crime and you wish to appeal, you must seek counsel as soon as possible. If you miss your deadline to appeal, you lose the right to appeal!

How does the appeals process work in Nevada criminal cases?

The first step is for your Nevada criminal appeals attorney to file what is called a "notice of appeal" with the court in which your trial took place. This must be done before the deadline has passed (refer to the previous question for time limits).

Just like it sounds, the notice of appeal is a short document informing the Nevada court that you are planning to appeal your case. It also contains a "case appeal statement" where your lawyer briefly explains to the court your "grounds of appeal," which are the reasons you are appealing.

Once the notice of appeal is submitted, the trial court will file your trial's "record" (the transcripts) with the appellate court. At that point, your attorney usually has 120 days to review the record and compose an "appellate brief," which is a lengthy document citing laws and past cases in support of your position and arguing to the court why you should win on appeal.

After your Nevada criminal appeals attorney submits the appellate brief, the state's lawyer (called the "district attorney") will file "an opposition" challenging your arguments. In some cases your attorney may be allowed to submit a "reply brief" in response to the opposition.

Depending on the case, your appeals lawyer may be allowed to give an "oral argument" in front of the appellate judges to supplement the brief. The last step is that the judges in the appellate court will review the briefs and oral arguments (if any) and deliver a decision in the form of a written opinion.

What are grounds of appeal in Nevada criminal cases?

Grounds of appeal are all legal or factual errors that may have happened in the course of your trial and that could have influenced your case's verdict and denied your Constitutional right to a fair trial. When appealing your case, your attorney will argue that you have one or more grounds of appeal and that you therefore should have your guilty verdict reversed or vacated.

Typical grounds of appeal in Las Vegas include: 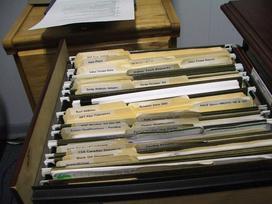 How long does the appeals process take in Nevada criminal cases?

All appeals in Nevada are automatically "fast-tracked" unless you were sentenced to life in prison or you specifically request a full-length appeal. Fast track appeals are typically decided within only three months; otherwise, an appeal can take over a year.

The downside of fast-track appeals is that your "appellate brief" is limited to only ten pages and your attorney usually may not give an oral argument in front of the judges. However, the court may ask your attorney for a longer brief if they believe your grounds of appeal warrant a more in-depth review.

Can I appeal my guilty plea in Nevada?

Yes. But note that these kinds of appeals are often unsuccessful because judges are less sympathetic to defendants who admitted their guilt via a plea than to defendants who always maintained their innocence and were then convicted by a jury. However, appealing a guilty plea is still an avenue worth exploring especially if the only reason you took the plea was because of bad advice by a lawyer or if you were mentally incompetent at the time. For information about withdrawing a guilty plea in Nevada, go to our article on withdrawing a guilty plea in Nevada.

What can I do if I lose my appeal in Nevada?

If you lose your appeal in the Nevada Supreme Court and remain incarcerated, you have one (1) year to file a "writ of habeas corpus." It allows a defendant to challenge their conviction and imprisonment by raising errors that occurred during the trial.

As opposed to appeals, writs of habeas corpus may introduce new evidence not raised at trial. But as with appeals, do not attempt to file a writ of habeas corpus on your own without a lawyer . . . if you make a mistake, your writ may get dismissed and you may not be allowed to file another.

If after reading this you would like our Nevada criminal appeals attorneys to look into appealing your case, call us at 702-DEFENSE (702-333-3673) to schedule a free consultation today. We may be able to get you a new trial or your conviction reversed.