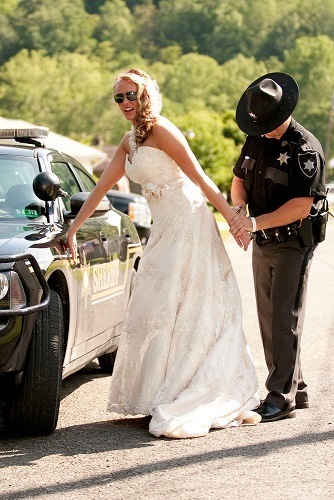 Marrying a married person is against the law in Nevada.

Wedding mecca Las Vegas consistently sees unlawful marriages where one or both of the spouses are already married. Several of these weddings concern fundamentalist Mormons who practice polygamy. Some are done on the spur of the moment under the influence of alcohol. A few are done in good faith when the parties honestly believe they are free to marry. And some involve people being intentionally deceptive.

Notwithstanding the circumstances, it is a Nevada offense for someone to marry someone else he/she knows is already married. But our Las Vegas criminal defense attorneys may be able to persuade the D.A. to reduce or dismiss the charges completely.

It is against Nevada law for an unmarried person to marry someone who currently has a husband or wife. These types of marriages are considered bigamist and therefore void under Nevada law. Bigamist marriages have no effect on the validity of the previous, legal marriage.

Three common defenses to Nevada charges of marrying the husband or wife of another are:

Marrying a person who is already a spouse is a category D felony in Nevada, which carries a maximum of:

Keep reading for a detailed discussion by our Las Vegas criminal defense attorneys of the Nevada crime of marrying a married person. 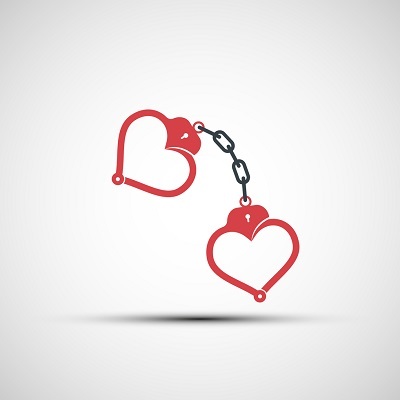 Knowingly entering a bigamist union is against Nevada law.

Plural marriages have been effectively prohibited in the U.S. since 1878.1 Similarly to other states, Nevada criminalizes bigamy, which is the condition of knowingly being married to more than one person simultaneously.2 Nevada law also prohibits the flip-side of the Nevada crime of bigamy, making it a crime for unmarried people to knowingly marry a married person.3

Note that marrying a married person is only a crime if the person had knowledge that the other person already had a spouse. North Las Vegas criminal defense attorney Michael Becker gives an example:

Example: Gloria is dragging out her divorce from Kevin, who is anxious to marry Sue. Too impatient to wait any longer, Kevin lies to Sue that everything is final and they get married in Las Vegas. Gloria finds out and tells the Las Vegas Metropolitan Police, who then arrest and book Kevin and Sue at the Clark County Detention Center for bigamy and marrying the spouse of another.

In the above example, Kevin is clearly guilty of bigamy since he married Sue while knowing he was still married to Gloria. But Sue should not be convicted of any crime in Nevada because she married Kevin under the belief that he had gotten a divorce. 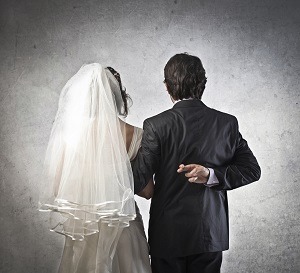 It is not a crime in Nevada to marry a married person if he/she had no idea the other person was already married.

To summarize, the only people unmarried people may legally marry in Nevada are other unmarried people. A married person remains married unless it is ended by divorce, annulment, or death. Also note that Nevada recognizes marriages made in other countries and common law marriages. If a person marries a married person, that bigamist marriage is automatically void and the first marriage remains valid.

The best way to defend against Nevada charges of marrying the spouse of another turns on the circumstances of the case. Three typical defense strategies are:

It is a defense to Nevada charges of marrying a married person if the previous marriage was void or has ended.

Example: Tom leaves his wife Kai and moves to Henderson. There Tom meets Laila, who has no idea he is still married to Kai. Tom and Laila marry, and word gets back to Kai. Kai calls the police, who book Tom and Laila at the Henderson Detention Center. Tom gets charged with bigamy, and Laila gets charged with marrying the spouse of another. Tommy could get convicted of bigamy since he knowingly married Laila while still married. But Laila committed no crime because she had no knowledge of Tom's current marriage.

Note that in the above example, Tom and Laila's marriage remains void even if both Tom's and Laila's charges get dropped. If Tom ever does formally divorce Kai, he and Laila would need to get married again for it to be legal.

Also note that Nevada law only punishes people for marrying married people if they knew when they exchanged vows that their spouse was already married. Finding out after the fact does not violate NRS 201.170. Though continuing to behave as though a bigamist marriage is legitimate could make one vulnerable to other charges such as fraud. 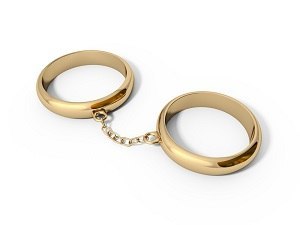 Marrying a married person in Nevada carries up to 4 years in prison and possibly a $5,000 fine.

Marrying the husband or wife of another person is prosecuted as a felony in Nevada. The sentence includes a punishment of:

In addition, parties to a bigamist marriage are vulnerable to civil prosecution for such cause of action as fraud and emotional distress.

If you have been charged with "marrying the husband or wife of another person" in Nevada, phone our Las Vegas criminal defense lawyers at 702-DEFENSE (702-333-3673) for a FREE consultation. We may be able to resolve your case favorably while avoiding trial.

1. Bigamy consists in the having of two wives or two husbands at one time, knowing that the former husband or wife is still alive.

2. If a married person marries any other person while the former husband or wife is alive, the person so offending is guilty of a category D felony and shall be punished as provided in NRS 193.130.

3. It is not necessary to prove either of the marriages by the register and certificate thereof, or other record evidence, but those marriages may be proved by such evidence as is admissible to prove a marriage in other cases, and when the second marriage has taken place without this State, cohabitation in this State after the second marriage constitutes the commission of the crime of bigamy.

4. This section does not extend:

(a) To a person whose husband or wife has been continually absent from that person for the space of 5 years before the second marriage, if he or she did not know the husband or wife to be living within that time.

If a person, being unmarried, knowingly marries the husband or wife of another, that person is guilty of a category D felony and shall be punished as provided in NRS 193.130.

4 NRS 201.180 Incest: Definition; penalty. Persons being within the degree of consanguinity within which marriages are declared by law to be incestuous and void who intermarry with each other or who commit fornication or adultery with each other shall be punished for a category A felony by imprisonment in the state prison for a minimum term of not less than 2 years and a maximum term of life with the possibility of parole, and may be further punished by a fine of not more than $10,000.