Possessing, growing, or selling 50 pounds or more of marijuana is charged as trafficking in Nevada. Penalties range from 1 year to a life sentence in Nevada State Prison depending on the amount of pot involved.

It is often possible to get criminal charges reduced or dismissed through a plea bargain. Typical defenses to trafficking marijuana include:

The state's recent legalization of recreational pot possession has not made police any less strict about enforcement. Prosecutors still take drug crimes extremely seriously and press for harsh consequences.

In this article, our Las Vegas criminal defense attorneys answer frequently-asked-questions about marijuana trafficking laws in Nevada, including punishments, defenses, record seals, and immigration consequences. Click on a topic to jump to that section:

Trafficking marijuana is illegal under federal law as well. Learn more in our article on the federal crime of marijuana trafficking. 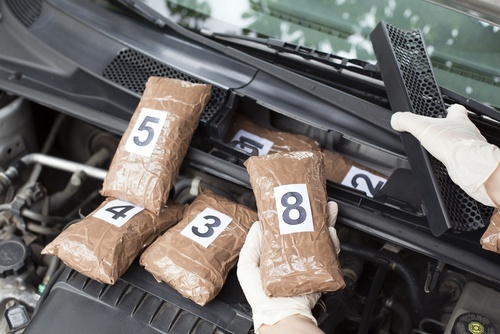 Trafficking pot carries extremely harsh penalties in Nevada even though it is now legal to possess up to an ounce.

1. What is marijuana trafficking in Las Vegas, Nevada?

Any act involving fifty pounds (50 lbs.) or more of marijuana is considered trafficking in Nevada. Specifically, the acts of possessing, importing, delivering, cultivating, transporting, manufacturing, or selling pot can be prosecuted as trafficking if the amount of marijuana weighs at least 50 lbs.

Example: A cop with the North Las Vegas Police Department sees Harry outside of Jerry's Nugget smoking a joint, so the cop arrests him for simple possession in Nevada. (It is still illegal to possess marijuana in public in Nevada.) Had Harry been carrying 50 lbs. of pot, the cop could have arrested him for trafficking instead. It would not matter if the pot was for Harry's personal use and that he had no intent to sell it.

Example: A cop with the Henderson Police Department sees Jan selling a baggie of weed outside of Green Valley Ranch, so the cop arrets her for selling marijuana in Nevada. But if Jan was caught selling 50 lbs. of weed, the cop would arrest her for trafficking instead. It does not matter how much Jan got paid or where the deal took place.

Note that the 50 lb. minimum should not include the marijuana plant stems, stalks, roots, and dirt.1

Also note that trafficking marijuana is still an extremely serious crime in Nevada even though it is now legal to possess up to one ounce (1 oz.) of pot.

2. Can I go to jail for trafficking marijuana in Las Vegas, Nevada?

Yes, though the prosecutor may be willing to negotiate the charges down to a lesser offense with no time behind bars. Otherwise, the length of the prison sentence corresponds with the amount of marijuana involved:

Note that accomplices to trafficking face the same penalties as the people who physically conducted the trafficking.2

The best defense strategies depend on the specific facts of the case. The following are some common ways to defend against pot trafficking charges: 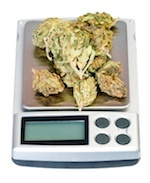 3.1. The marijuana weighed under fifty pounds:

Nevada trafficking charges attach only when the pot weighs at least 50 lbs. If the defense attorney can show that the police made a mistake while weighing the marijuana or that the scale was defective, the trafficking should be dropped or reduced to a lesser charge.

3.2. The marijuana did not belong to the defendant:

It is not uncommon for people to get falsely accused. If the prosecutor cannot prove beyond a reasonable doubt that the defendant had possession or control of the pot, then the charge should be dismissed.

It also is not uncommon for police to overstep their Constitutional bounds and conduct unlawful searches and seizures. If the defense attorney can show that the police found the marijuana through an illegal search, then the judge may disregard ("suppress") the evidence. If this happens, the prosecutor may be left with insufficient evidence to sustain a conviction.3

Note that trafficking charges that get dismissed (meaning there is no conviction) may be sealed right away.4

5. Can I get deported for trafficking marijuana? 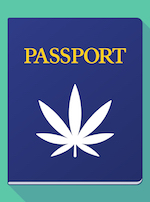 Yes, because trafficking pot is considered an aggravated felony. Non-citizens convicted of aggravated felonies can be immediately deported from the U.S. Additionally, they are barred from seeking visas, green cards, or asylum status.5

Therefore, it is extremely important that aliens facing drug charges consult with an experienced immigration and criminal defense attorney right away. It may be possible to get the charges changed or reduced to a non-deportable offense. Learn more about the criminal defense of immigrants in Nevada.

Other marijuana offenses in Nevada include:

Also see our articles on medical marijuana and opening a dispensary.

Our Nevada criminal defense attorneys are here to negotiate fiercely with prosecutors to reduce or dismiss your charges. And if you decide to go to trial, we are here to fight for you in court.

If you are in need of criminal defense legal representation in Las Vegas, contact our Las Vegas Criminal Defense Lawyers at 702-DEFENSE (702-333-3673) to schedule a free consultation.