Nevada is an "employment-at-will" state, which means that employers generally can fire their workers for any reason. But there are some exceptions to employment at-will. Nevada employers commit wrongful termination when they fire an employee because:

Nevada's wrongful termination laws typically apply to employers with 15 or more workers, depending on the case.1 Wrongfully fired employees may be able to sue for:

In this article, our Las Vegas labor law attorneys discuss: 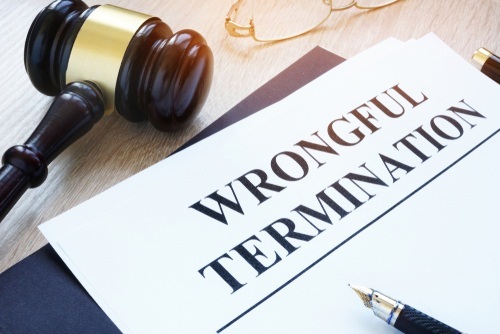 Three main bases for wrongful firing lawsuits in Nevada are retaliation, breach of contract, and discrimination.

1. Definition of wrongful termination in Nevada

Wrongful termination is when an employer fires an employee for an unlawful reason. In general, Nevada is an "at-will" employment state.2 This means that employers may fire employees for any reason and at any time. But there are three main exceptions:

These exceptions are discussed fully in section 2 below. Examples of lawful reasons to fire an employee include:

Note that employers are also allowed to fire employees for seemingly frivolous reasons, such as an annoying laugh or political affiliation. Just because the reason for a firing may be unjust does not automatically mean it is illegal.

The three main categories of wrongful termination are: 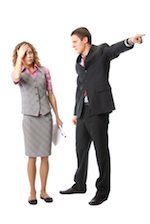 Employers may not fire employees just for being female (a "protected class").

Note that these laws do not apply to all employers. In Nevada, wrongful termination laws generally apply only to companies with 15 or more employees.4 Aggrieved workers should consult with a Nevada labor law attorney to determine whether they have a claim.

Employers are not permitted to fire employees if the reason has to do with their:

In many cases, employers manufacture bogus reasons for firing someone (pretexts) when the real reason is that they are prejudiced. Therefore, employees are advised to keep all their records and to document everything related to their case. The more evidence they have that discrimination played a role, the better chance that an employment attorney can prove that the employee was terminated unlawfully.

Sometimes bosses and their workers sign employment contracts that spell out the terms of the employment and imposes a duty of "good faith and fair dealing" on both parties to the contract.6  Depending on the case, these contracts can be written or oral. Some contracts are very specific, and others are very broad like collective bargaining agreements through a union. 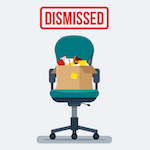 "Breach of contract" is a ground of unlawful termination claims.

Example: Rex was hired by a television station as a reporter. Rex signed a five-year contract that explicitly listed all the reasons the station could fire Rex earlier "for cause." But after two years, the firm fired Rex even though he committed no fireable offense. Rex may have a cause of action against the station for breaching the contract by firing him earlier than the five years.

Note that many workplaces have employee handbooks that explain the terms of employment, disciplinary procedures, probation periods, and firings. These handbooks often may serve as a basis for a wrongful firing case if the employer violated its terms.

Nevada employers generally may not fire employees for going to jury duty. If they do, the employee may sue the employer for:

Note that going to jury duty does not deduct from the employee's vacation time or sick leave.8

Nevada employers generally may not fire employees for reporting illegal conduct to an outside agency. Examples of whistleblowing include: 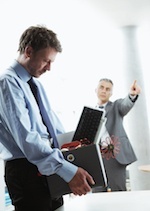 Employers typically may not fire employees for whistleblowing.

Nevada OSHA can help fired whistleblowers pursue remedies such as reinstatement and back pay.9

In general, it is against federal and Nevada law for employers to fire workers for filing an employment discrimination claim with the:

If the case does not resolve through the claim process, then the employee may file a civil lawsuit for compensatory damages and punitive damages and possibly job reinstatement.10

In general, it is against federal and Nevada law for employers to fire workers for filing a workers' compensation claim. As with any legal matter, employees are encouraged to hire an attorney to help them compose the documentation in a way that proves the claim is in good faith.11

In general, employers with 50 or more workers must abide by the Family Medical Leave Act (FMLA). Therefore, employers may not fire employees who use FMLA to take off work for such reasons as:

With some exceptions, employees are entitled to 12 weeks of FMLA leave a year. Note that employers are not obligated to pay workers while on FMLA leave.12

In general, employers may not fire workers who refuse to work in conditions that are unreasonably unsafe for them.13 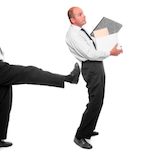 Employers typically may not fire employees for refusing to work in unsafe conditions.

Example: Jack is a truck driver for a large Nevada company. Jack notices that his truck is smoking under the hood and that the wheels are not aligned. He tells his boss, who refuses to spend the money to service the truck. If Jack refuses to work, it would probably be illegal for the boss to fire him because driving a defective vehicle is unreasonably unsafe.

Note that if the truck in the above example had only cosmetic damage -- such as a dented fender -- then the boss probably could legally fire Jack if he refused to drive the truck.

In general, employers may not fire workers who refuse to carry out illegal activities for their employer.14

Example: Jack is a truck driver for a large Nevada company. The company is late for a shipment, so it orders Jack to speed twenty miles over the limit in order to deliver the shipment on time. If Jack refuses to speed, it would probably be illegal for the boss to fire him because surpassing the speed limit is against the law.

Note that it should not matter in the above example if the roads were empty, or that other drivers routinely speed. Jack can refuse to carry out his boss's unlawful orders even if it is unlikely no one would get hurt.

In general, workers are permitted to take action in an effort to improve their wages and working conditions without fearing that they will be fired for it.15 Concerted activity typically may take several forms, including:

Certainly, the concerted activity itself must be legal in order for workers to be protected from termination. If they become violent or destructive, the employer probably would be able to fire them lawfully.

In general, employers may not fire workers for cooperating with authorities who are investigating the employer regarding such issues as:

Employers may not fire workers even if they testify against the employer as a witness.

In general, employers may not fire workers who using lawful products on their off hours even if those products are prohibited at work. Examples may include:

Note that employers may fire employees for their legal off-duty activities if they hinder their work performance. For example, employers can fire people who come to work drunk after drinking off-duty.

Plaintiffs in wrongful termination lawsuits may be able to recover the following damages: 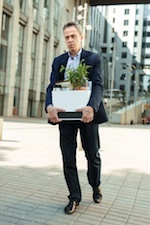 Wrongfully terminated employees may be able to sue for back pay.

The judge may also order that the defendant pay for the plaintiff's attorney's fees and court costs.16

Victims of wrongful termination may be able to recover all the money and benefits they lost due to the firing, including:

The court may also order that the defendant pay the plaintiff "loss of future earnings." This is the money the plaintiff would have continued receiving had he/she not been fired. If the plaintiff gets a new job that pays less than the job he/she was fired from, the plaintiff may also be able to recover the difference in pay.

Pain and suffering refers to the emotional distress the plaintiff experienced due to the firing. This may be difficult to calculate since it is so subjective and individual to the plaintiff. Oftentimes, employment attorneys rely on mental health expert witnesses to help evaluate the extent of the plaintiff's pain and suffering.

Punitive damages are meant to punish defendants and hopefully deter them and others from making the same mistake. This is different from compensatory damages -- like back pay -- which make the plaintiffs "whole" by repaying them for what they wrongly lost.

If defendants act in a particularly shocking way, courts may choose to impose punitive damages. Employment attorneys always pursue punitive damages since they can be much higher than compensatory damages.

Sometimes fired employees want to move on with another employer. But some want their job back. Depending on the case, courts may order employers to rehire workers they unlawfully fired.

Note that being reinstated does not mean that the employee is immune from being fired in the future. If they commit a fireable offense, the employer can lawfully terminate them.

Were you wrongfully fired in Nevada? Call our Las Vegas employment law attorneys for a FREE consultation at 702-DEFENSE (702-333-3673). We will fight for all the damages available in your case, including loss of past and future earnings, pain and suffering, attorney's fees, and possibly getting your job back!

Do you work in California? See our article about California wrongful termination laws.