Employees in Nevada who are misclassified as independent contractors can either file a wage and hour claim with the Labor Commissioner or sue the employer. Depending on the case, the employee may be able to recover such damages as:

Many misclassified employees never speak out because they fear retaliation from their bosses. But if they do not take any action, they lose out on various rights and protections, such as: 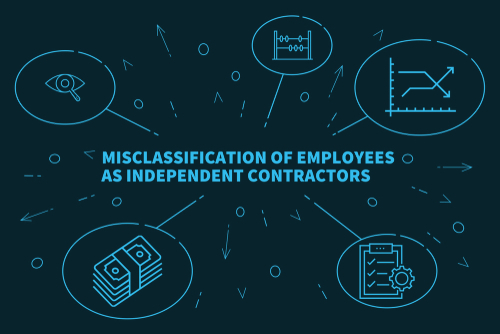 Employees who are misclassified as independent workers may lose out on significant money and benefits.

(Note that Nevada law has separate but similar tests for determining whether a worker is an independent contractor for insurance purposes or workers' compensation purposes.2)

A worker can still be considered an independent contractor even if he/she does not meet all the aforementioned conditions: The employer would just need to provide other evidence to convince a court that the worker falls outside the bounds of a standard employee.3

Example: Jim hires Ned to paint his house. Jim provides all the tools and instructs Ned when and how he can paint it. Jim also forbids Ned from working elsewhere and hiring help. After the job is done, Ned asks for a W2 form because he believes he was Jim's employee during the job. Jim refuses and instead gives him a 1099 form, insisting Ned was an independent contractor.

In the above example, a Nevada court might find that Ned was an employee. Even if Jim can show that Ned had a contractor's license, Jim treated Ned as an employee: Ned lacked control over the work and was dependent on Jim economically. 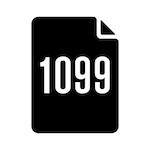 Wage and hour laws do not apply to independent contractors.

Employers' primary responsibility to independent contractors in Nevada is to pay them as promised for services rendered. In contrast, Nevada employers may have to provide the following ten protections to bona fide employees (depending on the circumstances):

Example: Mel hires Kay to be his secretary. Mel tells Kay when her work hours are, how to do her job, and provides her with a desk, computer, and phone. Mel forbids Kay to work as a secretary in any other office. Mel does not want to pay payroll taxes or to cover Kay under his insurance policies, so he intends to report Kay as an independent contractor. However, Kay is clearly an employee and is therefore legally entitled to employee benefits.

Even if Kay in the above example signs a contract with Mel agreeing to be an independent contractor, courts still may determine that she qualifies for employee benefits. Courts look to the actual nature of the work relationship (see section 1 above) rather than what the employer claims the relationship is for the purposes of saving money.4

3. What to do if an employer misclassifies an employee as an independent contractor

Employees who are misclassified as independent contractors can first try talking to their employer about the matter. Perhaps the employer made a mistake and would be willing to change the classification. But if the employer ignores the employees' "good faith effort" to resolve the issue, then the employee may consider filing a claim with the Nevada Labor Commissioner:

Employees may complete the Commissioner's claim form online (not through fax or email). Employees also have the opportunity to include documents supporting their employee status, including:

Employees owed back wages can file a claim with the Nevada Labor Commissioner.

After an investigation into the matter, the Commissioner may hold a hearing, which is similar to a trial but on a smaller scale. Finally, the Commissioner can issue a decision ordering the employer to pay the employee all the wages he/she was denied by being misclassified as an independent contractor.

Misclassified employees can also consider suing the employer in civil court instead of filing a claim with the Commissioner. Litigation is far more complicated than filing a wage claim, however, so employees are strongly advised to retain experienced labor counsel. Possible "causes of action" may include (among others):

If there is more than one employee who has been misclassified, then the employees may be able to join together and bring a class action lawsuit against the employer. Just a few years ago in Las Vegas, several exotic dancers formed a class and won its lawsuit against Sapphire nightclub for misclassifying them as independent contractors.6

There are four threshold requirements plaintiffs must bring in order for a judge to recognize a class action lawsuit:

As with filing a claim with the Labor Commissioner, there is a statute of limitations (deadline) for bringing a lawsuit: It can be as soon as two (2) years after the employer's misclassification, so employees are encouraged to seek legal counsel as soon as possible.8

4. Damages for being misclassified as an independent contractor

Employees who win a lawsuit against their employer for misclassification may be able to recover: 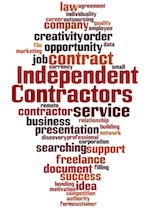 Employers who misclassify workers may be on the hook for significant money damages.

In cases involving FLSA (Fair Labor Standards Act) violations, the court may also order that the employer pay liquidated damages. Liquidated damages are equal to the amount of the worker's unpaid wages plus interest. In short, the worker may be able to recover double damages.9

Scroll down to the next question for more information about federal law and employee misclassifications.

Unlike Nevada law, the FLSA does not provide a definition of independent contractors. Instead, courts consider various factors, including:

In general, Nevada employers must follow both Nevada and federal law when classifying workers. Federal agencies which monitor employee classifications include:

Each year these agencies spend millions for the sole purpose of finding employee misclassifications.11

Are you an employee who was misclassified as an independent contractor? Call our Las Vegas employment law attorneys for a FREE consultation at 702-DEFENSE (702-333-3673). We will do everything in pursuit of recovering all your unpaid wages and benefits plus liquidated and punitive damages if possible.

Work in California? See our article on Misclassification of employees as independent contractors in California.