There are three main exceptions to Nevada being an "employment-at-will" state. Nevada employers who have 15 or more employees generally may not fire someone for either of the following reasons:

Victims of wrongful termination in Nevada may be able to sue their former employer to get their jobs back as well as for: 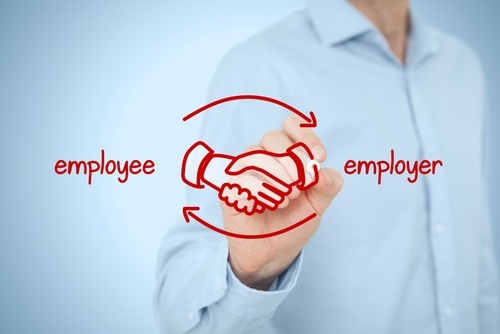 Nevada is an at-will employment state, but there are exceptions.

1. Definition of at-will employment in Nevada

Nevada is an "at-will" employment state.1 This means that employers are free to fire employees for most any reason, whether reasonable or not.

Therefore, it is just as legal for an employer to fire workers because of their annoying voice than it is to fire them for being perpetually tardy. And employees have no legal grounds to sue former employers for firing them for frivolous, unfair reasons.

But as discussed in the following section, there are three situations where employers are not free to fire their employees.

2. Exceptions to at-will employment in Nevada

In general, Nevada employers with 15 or more employees are prohibited from firing employees for either of the following three reasons:2

Note that employees of companies with less than 15 employees are still encouraged to consult with a labor law attorney if they believe they were wrongfully terminated. There still may be legal options to hold the employer to account.

Certain jobs involve an "employment contract" or collective bargaining agreement between the employer and employee(s). These contracts typically spell out the terms of the employment, including acceptable grounds for termination.3 Employers who fire an employee for reasons other than those enumerated in the contract face a wrongful termination suit.

Employers may not fire an employee if it would be a breach of contract.

Note that employment contracts may be oral or written, and some may take the form of an employee handbook.

Nevada law prohibits employers from firing employees because of the employees':

Discrimination is not a valid ground for termination.

Prejudiced employers may try to concoct a non-discrimination based reason for firing someone to cloak the real, discrimination-based reason. Consequently, employees who believe they were fired due to prejudice should compile all the evidence possible that demonstrates the employer's bias. Examples include text messages, emails, and eye-witness accounts. Without evidence, an employment law attorney may have a difficult time bringing a wrongful termination suit.

In most situations, employers are free to fire workers who act contrary to the business's best interests. However, employers may not fire employees in retaliation for any adverse actions employees take that are "protected."5 Ten of these "protected" actions are:

Every employer is required to carry worker's compensation insurance to help cover an employee's expenses if he/she gets insured. In general, employers may not fire an employee in retaliation for filing a workers' compensation claim unless the filing was done in bad faith.6

In general, employees may not be fired for refusing their employers' order to conduct illegal activity:7

Employees should not be fired for "protected actions" such as refusing to break the law.

Example: Jim is a CPA with a large accountant firm. The boss is unhappy with the latest projections, so he asks Jim to fudge the numbers so their clients will be happy. If Jim refuses to cook the books, the boss would probably be barred from firing him because cooking the books is against the law.

Note that it would be irrelevant in the above example if the clients did not lose money. Jim may decline to follow the boss's orders to break the law even if there is little chance of someone getting hurt.

Jury duty is a civic duty that all eligible citizens are required to participate in when called upon. Nevada employers generally may not terminate employees who miss work for jury duty. Furthermore, going to jury duty should not take away from the employee's vacation time or sick leave.8

2.3.4. Cooperating with an investigation

In general, employees are immune from termination just for participating in a law enforcement investigation regarding such matters as:

2.3.5. Using legal products while off duty

In general, employees are immune from termination just for using legal products while off duty even if the employer prohibits those products at work. Common examples of legal products that may be banned from a workplace include:

Using lawful products such as guns in one's off-hours is not a legal ground for termination.

Certainly, employers are free to terminate workers if these products negatively impact their work performance. An employee who stops drinking before work hours but arrives to work intoxicated may lawfully be fired.

In general, employers may not fire workers for taking concerted action in an effort to improve their wages and working conditions.9 Examples of such activities include:

Employees just need to take care their actions never become dangerous or violence; otherwise, the employer arguably may fire them without legal repercussions.

In general, Nevada employers are prohibited from terminating employees who report unlawful activities to an outside agency.10 Examples of whistleblowing are:

Most employers with 50 or more workers are required to abide by the Family Medical Leave Act (FMLA). Consequently, employees may not be fired who use FMLA to take off work for:

Using the FMLA is not a legal grounds for termination.

Typically, the FMLA guarantees workers 12 weeks of unpaid time off without fear of losing their job.12

Employers are not allowed to fire employees for refusing to work in unreasonably unsafe conditions.13

Example: Tom is a receptionist. One day he smells a gas leak. He tells his boss, who instructs Tom to keep working and ignore it. If Tom refuses to work, it would probably be illegal for his boss to fire him because being in the vicinity of a gas leak is unsafe.

Note that if the office in the above example had only smelled bad -- such as from fumes from a nearby restaurant -- then the boss possibly could lawfully discharge Tom if he refused to work there.

Plaintiffs who were fired for an "at-will exception" may be able to sue the employer for wrongful termination and recover:

Judges may impose punitive damages in some wrongful termination cases.

The judge may also order that the defendant pay attorney's fees and that plaintiff be reinstated in his/her job.14

Plaintiffs in a wrongful termination case can sue for all the money plus interest they would have received had they not been fired, such as:

Judges order punitive damages in order to punish the defendant for intentionally harming the defendant and to deter others from acting the same way. Labor law attorneys always try to persuade courts to grant punitive damages because they can be much higher than compensatory damages (such as back pay and pain and suffering).

Were you fired for an illegal reason in Nevada? Phone our Las Vegas employment law attorneys for a FREE consultation at 702-DEFENSE (702-333-3673). We will do everything possible in pursuit of all the damages available in your case, including loss of lost wages, pain and suffering, punitive damages, and possibly reinstating you in your job!

Do you work in California? See our article about California exceptions for at-will employment.