Fiancé / fiancée visas, called K-1 visas, allow foreigners who are engaged to U.S. citizens to travel to America to get married. The wedding must occur within 90 days of arrival in the U.S. Once married, K-1 visas holders may then apply to adjust their status to a legal permanent resident in order to stay in the U.S.

Below our Las Vegas Nevada fiancé(e) visa lawyers answer frequently-asked-question about K-1 visas in Nevada. Click on a topic to go directly to that section:

With Las Vegas as the wedding capital of the world, many of the people who marry there are on fiancé(e) visas.

1. Am I eligible for a fiancé(e) visa in Las Vegas, Nevada?

Foreigners who are engaged to American citizens and plan to wed in Nevada may be eligible for a K-1 visa in order to travel to the U.S. to get married. The non-citizen fiancé(e) must be able to meet or prove certain requirements before obtaining his/her K-1 visa...

To begin with, the non-citizen must fit the approved definition of “fiancé(e)” as outlined by U.S. Citizenship and Immigration (USCIS). To meet this requirement, both the U.S citizen and the K-1 applicant must have been lawfully allowed to marry at the time the K-1 visa petition was filed and have remained as such. The marriage must be considered legally possible according to Nevada laws:

Furthermore, the parties must have met in person within the previous two (2) years. There are rare exceptions to this rule that are available in certain situations; for example, if the couple's cultural tradition mandates that they not meet before the wedding day.

2. What is the process for getting a fiancé(e) visa in Las Vegas, Nevada?

A I-129F petition must be approved before a foreign fiancé(e) may apply for a K-1 visa.

First, the U.S. citizen in the couple—called the sponsor—files an I-129F petition with the USCIS, which does a preliminary background check of the foreign fiancé(e). Once the USCIS processes and approves the I-129F form, the case is transferred to the National Visa Center (NVC) for further review.

Once the National Visa Center completes its portion of the process, it will notify the non-citizen fiancé(e) by letter that he/she is approved to file the K-1 visa application at the U.S. embassy or consulate indicated on the I-129F petition. The Department of State now does a more thorough background check to ensure that the sponsor and foreign fiancé(e) are indeed in a bona fide relationship.

Ultimately, the foreign fiancé(e) submits to a medical exam and visa interview at his/her local U.S. consulate or embassy. Meanwhile, the sponsor fiancé(e) will need to provide evidence to USCIS that he/she is financially capable of supporting the visa applicant. This is necessary in order to prove that his/her future spouse will not become a ward of the state.

Note that a K-1 visa does not guarantee automatic permission or entry into the country. Customs and Border Patrol (CBP) will do its own verification check and interview of the foreign fiancé(e), and he/she must be prepared to offer his/her passport and other personal documents requested by the CBP officer.

3. What do I bring to my fiancé(e) visa interview?

A common question among K-1 visa applicants is, "What do I bring to my interview?" In preparation for the consular interview, the non-citizen fiancé(e) will be expected to provide the necessary documents, such as: 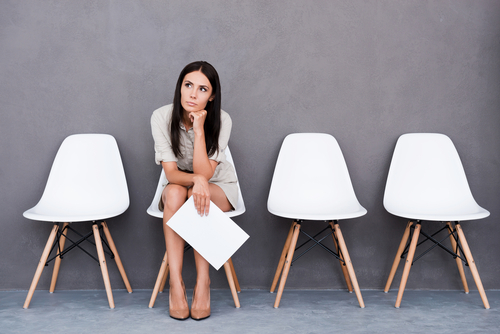 A vital part of the K-1 visa application process is the interview.

If the sponsoring spouse has to submit to an interview in Nevada, chances are it may take place at the Las Vegas immigration office.

4. What is the timeline for getting a fiancé(e) visa?

From the filing of the I-129F petition to the issuance of a K-1 visa, the timeline of the entire fiancé(e) process in Nevada is about six to nine (6-9) months.

Each step of the fiancé(e) visa process timeline in Nevada has an associated fee. These are the current prices: 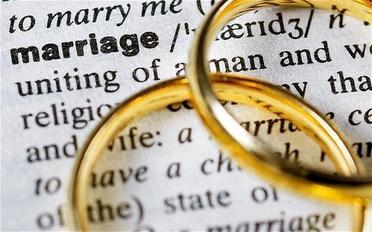 After a foreign fiancé(e) is admitted to the U.S., he/she has 90 days to marry the sponsor fiancé(e).

6. How soon do I have to get married on a fiancé(e) visa?

Once a foreign fiancé(e) is granted entry into the U.S., he/she has a 90-day timeline to marry the U.S. citizen fiancé(e). (Hence the title of the TLC reality show 90 Day Fiancé.)

Then if the foreign spouse wishes to stay in the U.S., he/she needs to apply for adjustment of status to a lawful permanent resident by filing an I-485 form. This involves another round of background checks and possibly interviews. If the couple has been married for less than two years by the time the I-485 application is approved, which is often the case, the foreign spouse will be a granted a conditional green card for two years.

Finally, in order to get a permanent green card, both spouses must jointly submit an I-751 form within 90 days prior to the end of that two-year conditional period. After more background checks and possibly interviews, the foreign spouse may finally achieve permanent resident status.

Note that once a foreigner has secured a green card, it may be only a matter of years before he/she could be eligible for U.S. citizenship. In that sense, K-1 visas provide a path to later applying for citizenship (naturalization).

7. What happens to children of fiancé(e) visa-holders?

Whereas K-1 visas allow foreigners to travel to the U.S. to marry their U.S. citizen fiancé(e)s, K-2 visas allow their foreigner children to travel with the foreigner parent to America. The application process for a K-2 visa in Nevada is very similar to that of a K-1 visa.

Note that only unmarried children under age 21 of K-1 visa applicants may be eligible for K-2 visas in Nevada.

Need a fiancé(e) visa attorney in Las Vegas? Call us...

Are you or a loved one engaged to a U.S. citizen? Contact our Las Vegas immigration attorneys to help you complete the K-1 visa application and guide you through related immigration hurdles. Call us at 702-DEFENSE (702-333-3673) for a consultation and strategy session.

See our article on K-1 visas in California.