The Las Vegas Nevada crime of invasion of the home is when someone forcibly enters an inhabited dwelling without permission of the lawful occupant or owner. It makes no difference whether there are people physically present in the dwelling at the time of the alleged intrusion.

Unlike the Nevada crime of burglary, home invasion requires that the defendant "break and enter."

Home invasion is prosecuted as a category B felony in Nevada. The sentence includes:

But if the defendant possessed a firearm or deadly weapon at any point during the alleged invasion, the punishment is increased to:

Depending on the case, it may be possible to plea bargain an invasion of the home charge down to trespass or a full dismissal.

If the prosecution cannot prove beyond a reasonable doubt that the defendant is guilty, the case may be thrown out. 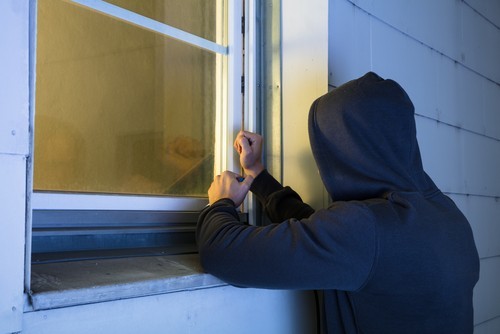 1. What is the legal definition of home invasion in Las Vegas?

The Nevada crime of invasion of the home has four elements:

Note that the residents do not need to be present in order for an intrusion to qualify as an invasion of the home. Henderson criminal defense attorney Michael Becker provides an example:

Example: Greg decides to play a prank on his friend Marvin. Greg uses a crowbar to force open a window to Marvin's Las Vegas house while Marvin is away at work. Then Greg plants a stink bomb and leaves. Greg repairs the window before he goes. A neighbor sees Greg breaking in and calls the police, who arrest Greg for home invasion.

Even though Greg repaired the window, Greg could be convicted of home invasion in Nevada because:

Note that breaking into a business or an abandoned property does not qualify as a home invasion because those properties are not "inhabited dwellings."2

Home invasion and burglary are separate crimes in Nevada with completely different definitions and penalties:

The Nevada crime of burglary is the entry into a home, business, or structure with the intent to commit either a felony, larceny, obtaining money by false pretenses, assault or battery inside.

Unlike invasion of the home, burglary may occur in any building or vehicle whether it is inhabited or not. Furthermore, someone may be convicted of burglary even if there was no forcible entry. Finally, people are not guilty of burglary unless they intended to commit a crime inside the structure when they entered it.3

Home invasion is also very different from the Nevada crime of robbery. Robbery is the unlawful taking of personal property from the person of another (or in their presence) against their will and by force or fear of injury.

Unlike invasion of the home, robbery requires that a victim be present and that something gets stolen. So if someone breaks into a home while no one is there and steals a stereo, that person may be guilty of home invasion but not robbery because no one was there. (Certainly, that person could also be prosecuted for larceny for taking the stereo.)4

Invasion of the home is prosecuted as a category B felony in Nevada. The punishment includes: 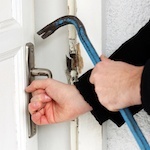 But if the defendant possessed a gun or lethal weapon at any time during the alleged home invasion, the sentence is increased to:

Depending on the case, it may be possible to persuade the prosecutor to reduce an NRS 205.067 charge down to trespass. As only a misdemeanor, trespass carries:

NRS 205.067 is a very specific offense that applies in narrow circumstances. Therefore, it lends itself to very particular defenses such as:

Note that it is not a defense that nobody was present in the dwelling at the time of the alleged entry.

3.1. The defendant had permission to enter

A defendant is not liable for violating NRS 205.067 if he/she was authorized to enter the home by the owner or lawful occupant.

Example: Anna invites her neighbor Margaret to her Las Vegas home as a peace offering after quarreling about Anna's barking dog. Once Margaret arrives however, she says she will not leave unless Anna promises to get rid of her dog. Anna says no, and Margaret refuses to leave her home. Anna calls the police, who arrest Margaret for trespass for refusing to leave Anna's property.

Since Margaret had Anna's permission to enter Anna's home, the police do not have grounds to arrest Margaret for invasion of the home. It makes no difference that Margaret may have intended to stay on the premises when she entered Anna's property.

3.2. There was no forcible entry

Home invasion charges require that the defendant break and enter. Entering a dwelling with no "act of physical force resulting in damage to the structure" does not qualify as an NRS 205.067 violation, even if the person enters without permission.

Example: Margaret is angry at her neighbor Anna because she lets her dog bark. So Margaret enters through Anna's back door, which she keeps unlocked, and leaves a nasty letter on Anna's fridge threatening her with legal action if she does not quiet her dog. When Anna later finds the note, she calls the police. The police then arrest Margaret for trespassing on Anna's property.

3.3. The dwelling was uninhabited

Home invasion charges attach only when the dwelling is currently being lived in. A home in which no one lives cannot be a site for home invasion.

Example: Anna moves out of her house and puts it on the market. Her former neighbor Margaret is resentful of Anna for all the years Anna let her dog bark. So Margaret breaks into Anna's back door and leaves her a nasty letter spelling out what a terrible neighbor Anna was. Anna sees Margaret breaking in through a hidden camera she installed and calls the police. The police then arrest Margaret for trespass and malicious mischief for breaking the back door.

3.4. The structure was not a dwelling

NRS 205.067 charges are applicable only to spaces where people live. Breaking into a storage unit or office building does not qualify as home invasion.

Example: Margaret wants to get back at her neighbor Anna for letting her dog bark. So Margaret breaks into Anna's shed in the backyard and leaves a muzzle with a nasty note. Anna calls the police, who arrest Margaret for trespass and for malicious mischief for breaking into the shed.

Since the shed was not a dwelling, Margaret should not face charges for home invasion for forcibly entering the shed.

A defendant should be eligible to get a Nevada home invasion conviction sealed once five (5) years pass after the case ends. But if the charges get lessened to a misdemeanor or dropped, a record seal should be available much earlier:

The law is currently unclear. But if the defendant had a firearm, the court is more likely to classify "invasion of the home" as an aggravated felony--a class of deportable offenses.11

it is important that aliens facing criminal charges hire representation right away. An attorney can try to negotiate with prosecutors to change the charges to non-removable offenses. Learn more about the criminal defense of immigrants in Nevada.

The Nevada crime of housebreaking has three elements:

A first housebreaking offense is a gross misdemeanor, carrying:

Like it sounds, the Nevada crime of unlawful reentry is reentering real property the defendant has previously occupied without the permission of the lawful owner.

If you have been accused of invasion of the home under NRS 205.067, phone 702-DEFENSE (702-333-3673) for a free consultation. Our Las Vegas criminal defense lawyers may be able to negotiate with prosecutors in order to get the charges lowered or dismissed. And if necessary we are ready to fight for your rights at trial.

• Will I get deported for a “home invasion” in Nevada?


• Can I seal my “home invasion” case from my criminal records in Nevada?


• Can I keep my guns if I am convicted of “home invasion” in Nevada?


• Is it possible to win a “home invasion” case at trial in Nevada?


Can I get a “home invasion” charge dismissed in Nevada?


How do you get arrested for"burglary" in Nevada?