If someone gets killed while you commit certain types of crimes, Nevada can charge you with first-degree murder.  We call this Nevada's "felony murder rule." Even if the defendant did not originally mean to hurt anyone and the death was an accident, penalties for "felony murder" in Las Vegas can still include life in prison or even worse.

Our Las Vegas criminal defense attorney Michael Becker has nearly two decades of experience in defending felony murder cases and fighting to achieve successful resolutions.  Scroll down to learn about Nevada's "felony murder rule" and how we can help.

The legal definition of felony murder in Las Vegas, Nevada, is a homicide committed in the perpetration of either of the following crimes:

A classic Las Vegas felony murder scenario is someone burglarizing a jewelry store after hours and the owner unexpectedly shows up, who the thief shoots dead out of panic.  Even though the thief never wanted to hurt anyone, he could face first-degree murder charges.

Example: Tom goes into a supermarket to commit the felony of robbery.  He holds up the cashier by gunpoint, who proceeds to have a stroke and dies.  Because the death is logically connected to the robbery, the felony murder rule attaches.

Each Las Vegas felony murder case is very different, and which defenses would be most effective turns solely on the facts.  Below are some of the more common defenses used in murder cases: 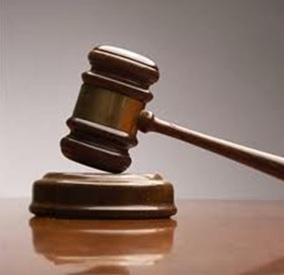 Felony murder is a category A felony in Las Vegas.  The sentence may be either:

The judge will impose an additional one to twenty years if the defendant had a deadly weapon or if the victim was sixty years old or older.  Read more about Nevada murder law.

If after reading this you would like to talk to our Las Vegas criminal defense attorneys for free about your case, call us at 702-DEFENSE (702-333-3673).  An arrest is not a guilty verdict.  We may be able to get the charges dropped or reduced to lesser offenses.  And if necessary we will fight for a "not guilty" verdict at trial.

• What is “sexual assault” in Nevada law?


• What is “kidnapping” in Nevada law?


How can I fight Nevada “murder” charges?


How can Nevada “murder” charges get dismissed?