Anyone convicted of felonies or gross misdemeanors in Nevada may "appeal" to the Nevada Supreme Court.  Appeals are complicated, technical and time-consuming.  But a good Las Vegas criminal defense attorney may be able to get a new trial or even the verdict reversed.

This article explains the Nevada "appeals" process for felonies and gross misdemeanors.  Continue reading to learn about grounds for appeal and appeal procedures. 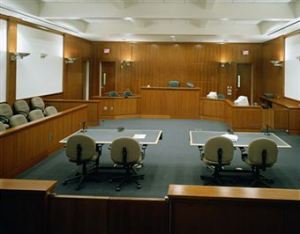 What is an appeal in Nevada criminal cases?

An appeal is when a defendant challenges a court ruling by asking a higher court to review and hopefully reverse that ruling.  Defendants in criminal cases may appeal any of the following:

Put another way, an appeal is a request that a higher court determines that the lower court made a big error that needs to be corrected.  Note that defendants who pursue appeals are called "appellants."

Which court handles appeals for felonies and gross misdemeanors?

What are possible grounds for appeal?

The following are common grounds for appeal in Nevada criminal cases:

Once the record is filed, the defendant usually has 120 days to write and file the "brief."  The brief explains all the issues and arguments justifying an appeal.  It also references relevant laws and cases to back up the arguments.  Note that the defense attorneys must raise every feasible issue and argument in that brief or else they may lose the right to raise those arguments later.

After the defendant files the brief, the prosecution may file an opposition.  Then the defendant may file a reply to that opposition.  Sometimes a panel of judges makes its decisions just from reading the briefs.  Or sometimes it holds "oral arguments" where both sides have a half hour to embellish on the briefs and answer judges' questions.

Afterwards, the judges will discuss the issues among themselves.  Then one of them will compose a written decision that either upholds ("affirms") the trial's verdict or reverses it.  Depending on the ruling, the court may "remand" the case back to the lower court for a new trial.

How long are appellate briefs?

Convicted defendants who are not sentenced to life must appeal using the "Fast Track" process. This means the brief can't be longer than 15 pages.  The Nevada Supreme Court may then ask for longer briefs if they think a more in-depth discussion is necessary.

Conversely, defendants who are sentenced to life in Nevada State Prison have to file a longer brief and may not use the Fast Track process.

Are appeals the only options defendants have to challenge a conviction in Nevada criminal cases?

No, there are two other avenues that defendants may explore for post-conviction relief:

One is a motion for a new trial in Nevada, which is when a defendant asks for a "do-over" of the trial in the same court.  Note that these motions are rarely successful because judges are hesitant to reverse themselves or admit they made a mistake.

The other is a writ of habeas corpus in Nevada, which is when the defendant challenges the legality of his/her imprisonment.  Defendants may not pursue this option until he/she has exhausted all other avenues, including appeals.  One of the most common arguments defendants make in writs is that their trial suffered from "ineffective assistance of counsel."

Note that unlike with appeals, defendants are allowed to introduce new evidence in both motions for new trials and habeas corpus writs.

Convicted?  Call us for help...

If you've been convicted of a felony or gross misdemeanor in Nevada, call our Las Vegas criminal appeals attorneys at 702-DEFENSE (702-333-3673) for a free consultation about "appealing" your case.  We may be able to get the case remanded and verdict reversed.