People convicted of certain drug crimes or violent crimes in federal court face stiffer penalties if they committed the crimes on behalf of a gang. Their prison sentence will be increased up to ten years.

In this article our experienced Las Vegas criminal defense attorneys explain the federal law for "criminal street gangs" in Nevada. Scroll down to learn what qualifies as criminal gang behavior, how to defend against these charges, and possible penalties.

In order to understand how gang behaviors can be criminal, it is necessary to define what a gang is. The legal definition of a "criminal street gang" under federal law is a club of five or more people where the following three conditions are true:

Therefore, the federal definition of a criminal street gang is very narrow. If a gang has too few members, does not have a criminal history, or does not commit serious drug or violent crimes, then 18 U.S.C. § 521 does not apply.

A defendant is never prosecuted in federal court merely for acting on behalf of a gang. Rather, defendants in federal gang cases face at least two charges: (1) an underlying drug or violent crime, AND (2) committing the underlying drug or violent crime on behalf of a gang. Reno criminal defense attorney Michael Becker explains:

Example: John is a member of a street gang in Henderson, NV. He traffics cocaine to California to make money for the gang. If caught, John may be initially booked at the Henderson Detention Center and later charged with two crimes in federal court: (1) the drug trafficking, and (2) doing the trafficking on behalf of the gang.

As stated above, federal prosecution for gang activity in Nevada is limited to drug crimes and violent crimes. Specifically, a person may be prosecuted for gang activity only if he/she allegedly committed one of the following underlying crimes on behalf of the gang:

Therefore, a gang member who (for example) shoplifts on behalf his gang would not be prosecuted for violating federal "criminal street gang" law. This is because shoplifting is not a qualifying drug crime or violent crime in Nevada.

Consequently, a gang member who commits a crime independent of the gang should not be charged with Nevada's federal gang enhancement. Elko NV criminal defense attorney Neil Shouse provides an illustration:

Example: Jim is a gang member in North Las Vegas. The U.S. Marshals Service arrests Jim after he stabs a federal judge as revenge for sentencing Jim's brother to prison. As long as Jim acted out of his own interests and did not commit the assault in furtherance of his gang, then Jim may face federal battery or attempted murder charges, but not federal gang charges.

Again, just because someone is in a gang and also commits a crime does not necessarily trigger federal prosecution for criminal street gangs. The gang member is liable in Nevada only if he/she intended to act in furtherance of the gang's criminal activities.

Another condition of federal criminal street gang law is that the defendant must have been convicted within the past five (5) years of either:

The Nevada crime of criminal street gangs is much broader than the federal law. Whereas federal law only punishes defendants for committing certain drug felonies and violent felonies, Nevada law applies to any criminal act done in furtherance of a gang. Nevada state law potentially carries harsher penalties than federal law as well.

How best to defend against federal criminal street gang allegations depends on a multitude of factors particular to the individual case. A good Nevada federal criminal defense attorney may take the position that: 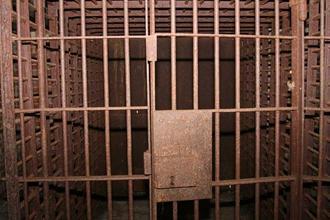 A federal judge in Nevada will order that a defendant serve up to ten (10) additional years in Federal Prison for violating criminal street gang law. Remember that this is an enhancement of the original sentence for the underlying drug crime or violent crime. For example:

Remember that these two sentences are served consecutively (one after the other) under Nevada federal law.

If you are facing federal charges for criminal street gang crimes, phone our Nevada federal criminal defense attorneys at 702-DEFENSE (702-333-3673) for a free consultation. We may be able to get the charges reduced to a lesser offense or dismissed altogether. Otherwise, our experienced trial lawyers will zealously fight for a "not guilty" verdict from a jury.