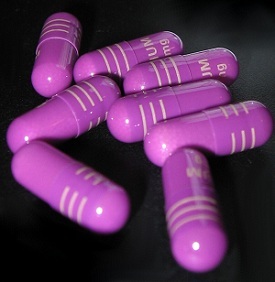 Possessing narcotics for personal use can be prosecuted as a federal as well as a state crime in Nevada. Federal charges are filed by the United States Attorneys Office. Nevada state charges are prosecuted by the district attorney or local city attorney, depending on the city.

In this article, our Las Vegas criminal defense lawyers discuss the federal crime of "simple possession" of drugs in Nevada. The topics include the definition of simple possession, a comparison of federal and Nevada possession law, common defenses, and possible penalties.

Note that possession does not only refer to when people carry drugs on their person. A person is "in possession" of drugs whenever that person deliberately keeps the drugs in a place where he/she has control over them, like in a home or car. Moapa Valley NV criminal defense attorney Michael Becker illustrates this concept:

Example: Kevin keeps an Ecstasy pill in his back pocket and stores an entire bottle of Ecstasy pills in the garage of his Las Vegas home. Kevin's wife Jane never buys or uses Ecstasy but knows Kevin has it in the house. If caught, both Kevin and Jane could be booked at the Clark County Detention Center on federal simple possession charges.

The key element that underlies every simple possession conviction is that the defendant knowingly possessed the drug. If Jane in the above example honestly had no idea that Kevin stored drugs in the house, then she committed no crime. Mesquite NV criminal defense attorney Neil Shouse expounds on this principle:

Example: Stu in Carson City asks Andy for a ride to the airport. Unbeknownst to Andy, Stu slips a baggie of cocaine underneath the passenger seat. Later Andy is pulled over for a traffic violation and consents to a vehicle search. If the cocaine is found, the U.S. Marshals Service would probably book Andy at the Washoe County Detention Center on federal simple possession charges for constructive possession of the drugs in his car. But if Andy can show that he was unaware the drugs were there, then Andy should be acquitted.

Federal simple possession law also has a provision which outlaws possessing too much of certain legal drugs which could then be used to manufacture illegal drugs. Specifically, it is unlawful for anyone to knowingly purchase at retail during a thirty-day period more than 9 grams of either:

Of the 9 grams, not more than 7.5 grams may be imported by means of shipping.

Federal law and Nevada state law are largely similar regarding simple drug possession. And they both levy similar prison sentences. But unlike federal law, Nevada law has separate penalties for marijuana possession. Learn more in our article on the Nevada crime of possession of drugs.

Note that a person may face charges in both Nevada state and federal court for the same drug possession charge. Whether a person is litigated in one or both courts is decided by the District Attorney and U.S. Attorney's Office.

Many defenses exist that may be effective in fighting simple possession allegations in Nevada federal court. Below are three typical strategies a defense attorney may utilize during litigation: 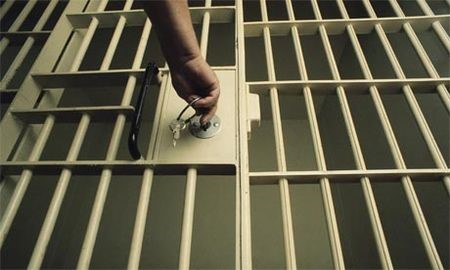 A first-time conviction of violating federal law for simple possession of narcotics carries a sentence of:

And the third or successive conviction of simple possession of controlled substances carries a sentence of:

Also note that defendants who are convicted under 21 U.S.C. § 844 face extra fines to cover reasonable costs of the investigation and prosecution of the case. However, the court may waive all fines if it determines that the defendant has no ability to pay.

Federal law imposes harsh penalties for even a first-time conviction of possessing the drug flunitrazepam. These include:

Nevada state law mandates different penalties for simple possession depending on the type of drug being possessed.

Note that possession of Flunitrazepam or GHB in Nevada carries one to six years in prison. And see our article on the Nevada crime of marijuana possession for marijuana penalty information.

If a person is convicted of drug possession in both Nevada state court and Nevada federal court, then the person would serve both sentences consecutively (one after the other).

If you have been arrested for the federal crime of "simple possession of drugs" in Nevada, our Nevada federal criminal defense attorneys at 702-DEFENSE (702-333-3673) are available to consult with you free of charge. Depending on the case, it may be possible to get your charges reduced to lesser offenses or even dismissed completely.

• Will I get deported for a “federal drug possession” arrest in Nevada?


• Can I seal my “federal drug possession” case from my criminal records in Nevada?


• Can I keep my guns if I get arrested for “federal drug possession” in Nevada?


• Is it possible to win a “federal drug possession” case at jury trial in Nevada?


Can I get my “federal drug possession” case dismissed in Nevada?


Can I meet with the prosecutor before criminal charges are filed to explain what really happened?