Drugged or Drunk Driving on Federal Property in Nevada 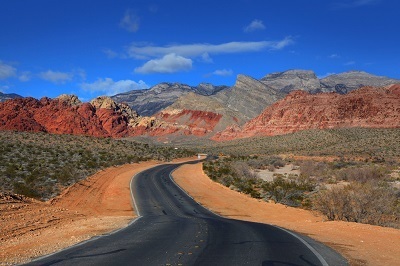 If you drive drunk or drugged on federal property in Nevada – such as an airport or national park – you can be convicted on federal DUI charges. Although the punishment for a federal DUI is similar to a Nevada DUI offense, the collateral consequences can be more serious -- including a fine of up to $5,000 or more and/or time in federal prison.

Fortunately, our Las Vegas, Nevada DUI defense lawyers understand how to negotiate with federal prosecutors to get your United States DUI charges reduced or dismissed so that you don't have to spend time in prison.

To help you better understand the differences between federal and Nevada DUI laws, our Las Vegas, Nevada DUI defense lawyers discuss the following, below: 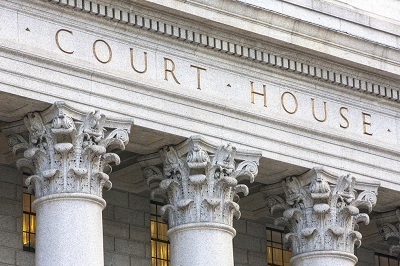 1. When Does Federal DUI Law Apply in Nevada?

You are subject to United States laws whenever you are on federally owned property within the state of Nevada or on public roadways and parking areas for federal facilities, regardless of who owns the land.1

Examples of federal property include:

Driving while intoxicated at any of these locations may subject you to federal -- rather than Nevada – drunk driving charges.

2. DUI in a National Park

Under 36 C.F.R. 4.23, it is a misdemeanor to drive on the grounds of a national park, forest or conservation area if:

You are also subject to any stricter requirements the state of Nevada imposes or may hereafter impose including, without limitation the presumptive limits for:

2.1. Penalties for DUI in a National Park

Penalties for a first-time DUI within a national park (assuming no one was injured) can include:

Additional terms of probation may include community service and/or installation of an ignition interlock device in your vehicle. Violating the terms of federal probation for a DUI can result in the issuance of a federal warrant for your arrest.

3. DUI on Other Federally Owned Properties

DUI on other properties owned or funded by the U.S. government is also a federal crime. It is punished, however, as if it were a violation of Nevada law, thanks to the Federal Assimilative Crimes Act (18 U.S.Code 13). This means that although it is a federal crime, the punishment will be the same as  Nevada DUI penalties.

Penalties for a first DUI offense under Nevada law can include:

You may also be subject to additional penalties under 18 U.S. Code 13 if you are found guilty of federal DUI and: 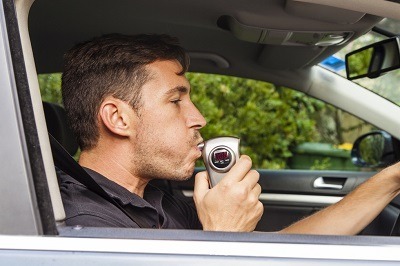 4. Implied Consent to a DUI Chemical Test Under Federal Law

Under 18 U.S. Code 3118, you give your implied consent to a chemical test or tests of your blood, breath, or urine whenever you operate a motor vehicle on federal property. Your consent applies to such tests following an arrest for a DUI. The test or tests may be administered if the arresting police officer has reasonable grounds to believe you were driving while under the influence of drugs and/or alcohol in violation of federal or Nevada laws.

The officer will advise you that refusal to take a DUI chemical test or tests will result in suspension of your privilege to drive on United States property for a period of one year. Your refusal to take the test(s) may also be admitted into evidence in any prosecution against you for DUI.

5. Loss of Your Nevada Driver's License for a Federal DUI

If you are arrested on suspicion of DUI, national park rangers and other federal officers have the authority to confiscate your Nevada or out-of-state driver's license. The officer will then send your license to the Nevada Department of Motor Vehicles (or the DMV for your state). You have the right to request a DUI license hearing at the Nevada DMV to contest the suspension.

If you do not request a hearing -- or you do not attend one after it is scheduled -- your driver's license will be suspended for 3 months for a first DUI, more if it is a second or subsequent DUI within a 7-year period.

6. Differences between a Federal and Nevada DUI

Most federal DUI trials are held before a magistrate judge rather than a jury. You are only entitled to a jury in a DUI case if the potential base penalty includes incarceration of more than 6 months.
Since the penalty for both a first federal and Nevada DUI without injury includes a maximum 6-month sentence, most federal DUI offenses will be decided by a judge.

Another difference between Nevada and federal drunk driving charges is that federal sentences are served in federal prison or by formal probation under federal supervision. There is no informal (summary) probation or early parole release in the federal system. The only way to get out of prison before you have served your full sentence is by earning credit for good behavior.

There is also no way to get a federal DUI expungement, short of a Presidential pardon. This is a big difference from a state DUI, which can often be taken care of by a Nevada DUI expungement.

Under ordinary circumstances, members of the military who drive under the influence of alcohol and/or drugs in Nevada will face regular civilian DUI charges.

It is, however, possible for members of the military to face court-martial under Section 911, Article 111 of the Uniform Code of Military Justice (UCMJ) for a DUI. Usually, this happens when someone in the military is DUI on the grounds of a military base, such as Nellis Air Force Base.

Note that this does not apply to civilians who are arrested for DUI while visiting a military installation. If you are arrested for a DUI while on a military base and you are not a member of the armed forces, your case will be turned over to a federal prosecutor for handling under 18 U.S. Code 13.

The interaction between federal and Nevada DUI laws can be complicated -- but our compassionate Las Vegas, Nevada DUI lawyers understand it.

We know how to challenge DUI arrests and chemical tests for blood alcohol or drugs. Perhaps most importantly, we know how to talk to prosecutors and help keep people out of jail. We can also defend you at Nevada Department of Motor Vehicles hearings and help you fight suspension of your Nevada driver's license.

If you or someone you know has been arrested for a Nevada or federal DUI, we invite you to contact us today for a free consultation. One of our Las Vegas or Nevada DUI lawyers will get back to you promptly to discuss your case and the best defense to your federal DUI charges.

Also see our article on DUI in a golf cart.