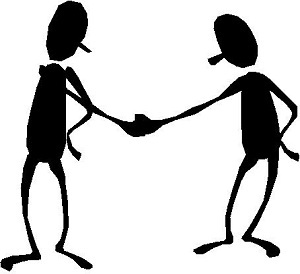 Conspiring to commit a crime is a crime in itself under federal law. A conviction for conspiracy carries high fines and possibly several years in prison. But the charges could be reduced or perhaps dropped altogether with an adroit Nevada criminal defense attorney helming the case.

Like it sounds, the legal definition of "conspiracy" in federal law in Nevada is when two or more people agree ("conspire") to commit a crime. Conspiracy is typically charged in conjunction with the crime that the defendant(s) allegedly aspired to carry out. A common example is a defendant being charged with both trafficking drugs and conspiring to traffic drugs.

The federal offense of conspiracy has two "elements" which the prosecution needs to prove to sustain a conviction. They are:

Note that the agreement may be verbal and does not need to be in writing. Tonopah NV criminal defense attorney Neil Shouse illustrates what an "overt act" is:

Example: Xander and Yon live in Reno and agree to rob a bank. They then buy ski masks and guns. The U.S. Marshals Service catch wind of their plan and book them at the Washoe County
Detention Center for conspiracy before they can carry out the robbery.

Xander and Yon's "overt action" of buying the ski masks and guns is sufficient to invite a conspiracy charge because it furthers their plan to commit the federal crime of bank robbery. It is irrelevant that they never carried out the crime because conspiracy is an "inchoate" offense, which means a person may be convicted of it whether or not the underlying offense ever happened or was even attempted. Henderson NV criminal defense attorney Michael Becker explains this concept:

Example: Tom is a drug dealer in Henderson. He asks Tim to launder the money from his next drug deal. Tim agrees, and he compiles small bills to give to Tom for when he transfer the drug money to him, but the drug deal then falls through. Tom and Tim could still be booked at the Henderson NV Detention Center for conspiracy to commit the federal crime of money laundering because of their agreement and Tim's "overt act" of compiling small bills.

So if the drug deal had gone through and Tim did launder the money, then they could also be charged with the federal crime of money laundering. Obviously, Tom would face drug charges as well.

Each of these statutes provides different penalties, which are listed below in the penalties section.

It is easier to be convicted of violating Nevada conspiracy laws than federal conspiracy laws. This is because Nevada has no "overt act" requirement . . . simply agreeing to commit a crime is sufficient to warrant prosecution in Nevada state court.

There are two main defenses to federal conspiracy allegations in Nevada: 1) There was no agreement, and 2) There was no overt act.

The penalty for the federal crime of conspiracy turns on the specific conspiracy offense that the defendant has been convicted of. For the general conspiracy statute (18 U.S.C. § 371), the sentence is a fine and/or up to five years in Federal Prison. However if the underlying offense is only a misdemeanor, then the sentence cannot exceed the maximum penalty of that misdemeanor.

The sentence for conspiracy to commit the federal crime of racketeering (18 U.S.C. § 1962) is up to twenty years in prison and a $250,000 fine. But if the conspiracy included murder, then the sentence can be life.

The sentence for conspiracy to commit the federal crime of sports bribery (18 U.S.C. § 224) is five years in prison.

The sentence for conspiracy against citizens' rights (18 U.S.C. § 241) is ten years in prison. But if the matter included the actual or attempted Nevada crime of kidnapping, Nevada crime of aggravated sexual abuse, or Nevada crime of murder, then the Nevada Federal Court may impose the death penalty in Nevada.

Penalties for a conviction of conspiracy in Nevada state court depends on the underlying offense. Read more about the penalties at our article on the Nevada crime of conspiracy.

Note that it is not a double jeopardy violation for a defendant to be convicted of both conspiracy and the crime which he/she allegedly conspired to do. They are separate crimes.

If you have been charged in federal court with "conspiracy" in Nevada, call our Nevada federal criminal defense attorneys at 702-DEFENSE (702-333-3673) for a free meeting in Las Vegas or by telephone. We will try our best to negotiate or litigate the most favorable resolution possible for your matter.