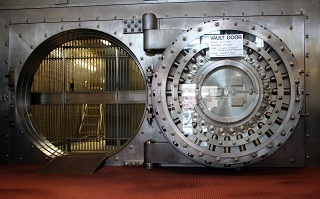 Federal authorities take bank fraud allegations very seriously in Nevada. Penalties run as steep as three decades in prison and a million dollars in fines. But an experienced Nevada criminal defense lawyer may be able to negotiate the charges down or even get them dismissed completely.

This page provides a summary of the federal crime of bank fraud in Nevada. Continue reading to learn the laws governing bank fraud, methods of fighting bank fraud charges, and what punishments a bank fraud conviction carries.

The legal definition of "bank fraud" under federal law in Nevada prohibits someone from knowingly executing a "scheme or artifice" to either:

In short, it is illegal to intentionally deprive a bank of its assets by fraudulent means. Note that bank fraud is different than the federal crime of bank robbery in Nevada, which involves a physical taking and carrying away. Bank fraud may be conducted without ever going into a bank and with no violence. This is why bank fraud is called a "white-collar crime."

The two central elements of the federal crime of bank fraud-fraudulent scheme, and intent to defraud-are discussed below:

Jason in Reno is on line at a store. The customer ahead of him, Jill, takes out her credit card to pay, and Jason memorizes her credit card number. Jason then goes online and purchases several items using Jill's credit card information. If Jason is caught, the U.S. Marshals Service would arrest him and book him at the Washoe County Detention Center for bank fraud for intentionally depriving the bank of assets by posing as someone else. It does not matter that Jason never physically stole Jill's credit card. Nor does it matter that the stolen money belonged to Jill . . . as long as the money was in the bank's custody, it qualifies as bank fraud.

Note that bank fraud is often allegedly committed in conjunction with other crimes as well including money laundering in Nevada and mail fraud in Nevada. In the above example, Jason would probably also face charges for wire fraud in Nevada since he used the internet to carry out the fraud.

Bank fraud laws are not meant to punish people who make honest mistakes or do not deliberately set out to swindle anybody. Only when the prosecution proves to the court that the defendant knowingly defrauded the bank can the court hand down a conviction. Pahrump NV criminal defense attorney Neil Shouse Pahrump NV criminal defense attorney illustrates the concept of "intent to defraud":

Example: Brian in Henderson goes to a bank to apply for a personal loan. When the bank processes the application, it finds that Brian's credit score is significantly lower than what Brian said in the application. Brian is then arrested and booked at the Henderson NV Detention Center for attempting to commit bank fraud. Later, Brian's attorney discovers that the credit agency made a mistake when it informed Brian he had a high credit score, and that Brian genuinely believed he had given the bank truthful information. Therefore, Brian should not be convicted for bank fraud because he did not intentionally set out to defraud the bank.

Note that a person does not need to have succeeded in defrauding a bank in order to be prosecuted for bank fraud. Merely attempting to carry out bank fraud is sufficient to sustain a conviction in Nevada. If Brian in the above example intentionally gave the bank false information, he could be found guilty of bank fraud even though the bank caught his fraud before they gave him any money.

Nevada criminal defense attorneys may fight federal bank fraud charges in several different ways. Obviously, which strategies hold the greatest chances of success depend largely on the circumstances of the specific case. The following represent three of the most common defenses to bank fraud. 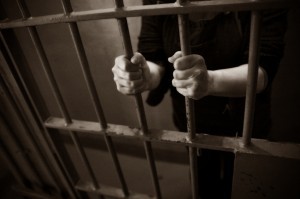 Judges in Nevada Federal Court impose the following sentence for a conviction of bank fraud:

Also note that people convicted on federal criminal charges are typically incarcerated out-of-state because there are no federal prisons in Nevada.

If you have been accused of bank fraud in Nevada, phone our Nevada federal criminal defense attorneys at 702-DEFENSE (702-333-3673) to discuss your case for free. We may be able to convince the prosecution to reduce the charges significantly or even to dismiss them so your record stays clean. But we are also ready to go to trial and defend you zealously in pursuit of a full acquittal of all charges.