Nevada family court judges may agree to modify a child custody order if it is in the best interest of the child in Nevada (NRS 125C.0035).

If a parent is asking to change from having visitation to having primary or joint child custody in Nevada, this parent must also show that there has been a "substantial change in circumstances affecting the child's welfare."

If the judge denies a modification request, the parent may appeal the decision.

In this article, our Las Vegas family law attorneys discuss how to modify a child custody order in Nevada: 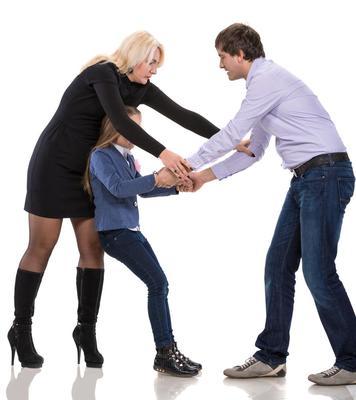 1. Legal definition of modification of a child custody order in Nevada

Like it sounds, a child custody order is a document issued by Family Court that spells out whether a minor's parents (or guardians) have primary custody, joint custody, and/or Nevada visitation rights.

In the same way that a family's circumstances change over time, so too can child custody orders. What works for a family right after a Nevada divorce may be different years down the line as the parents' separate lives evolve and a minor child's needs change.

When both parents (or guardians) agree on how they want to change the child custody order, they can file a joint "stipulation" with the court. Since both parties agree on the changes, the judge will usually sign off on it.

But when only one party wants to change the child custody order, he/she would need to file a "motion" with the court. The court would then decide whether or not to make the change or keep the status quo.

2. Burdens of proof when modifying a child custody order in Nevada

As discussed above, Nevada family law judges will usually agree to modify a child custody order as long as both co-parents agree to the change.

But when only one parent wants to modify the order, that parent's reasons for the change must meet certain minimum standards. These standards depend on whether that parent currently has joint custody or just visitation.

In either case, judges always consider whether this change in custody would be in the "best interest of the child." Some of the relevant factors include:

If the proposed change in custody would not be in the best interest of the child, the judge will reject it.

When a parent with joint custody wishes to become the primary custodian, all the court has to determine is whether this change would be in the best interest of the child (discussed directly above).

This commonly occurs when one of the parents becomes the only parent spending at least 40% of his/her time with the child. Since this parent is the "de facto" primary custodial parent anyway, the judge may agree to make it official by changing the custody order.2

2.2. Changing from having visitation to having joint or primary custody

When a parent who currently has only visitation wishes to have joint or primary physical custody, the court considers two factors:

What developments qualify as a "substantial change in circumstance" is subjective. Common examples may include:

Parents fighting for joint or primary custody should be prepared to present evidence of these changes.

3. When a parent wants to move away with a child

Both parents of a minor child need to agree if one of the parents wishes to relocate with the child. If the parents cannot agree, the parent who wants to move needs to petition the court for permission.

When making its decision, the court would first determine the following:

If the answer to the above four considerations is yes, the court would go on to weigh these factors:

Ultimately, the burden is on the parent wishing to relocate with the child that the move would be in the child's best interest.4

4. How to file a motion for modification of child custody in Nevada

As discussed above, parents who agree on how to modify child custody can simply file a stipulation with the court. But if they do not agree, the party wishing to modify the order would do the following:

Evidence is often key to winning a modification of child custody. So parents are advised to document everything that could help their case. Examples include:

Note that it is highly recommended that parents retain private counsel in these types of cases.

In order to expedite a judge's ruling on modifying child custody, the parent can file an additional motion for an "Order Shortening Time." This motion would explain why the matter is urgent and that waiting would be harmful to the child. Note that judges typically consider matters urgent only if the child is facing danger or trauma.

If the judge grants the expedited hearing, the other parent needs at least one judicial day's notice before the date of the hearing. In order to meet this requirement, the parent filing the motion might need to hire a process server to personally deliver the Order Shortening Time to the other parent.

Are you trying to get child custody in Nevada? This is the most important battle of your life, and we are here to fight for you.

For a FREE consultation with our domestic relations attorneys at Las Vegas Defense Group, phone us at 702-DEFENSE (702-333-3673) right now.