Couples in Nevada domestic partnerships enjoy many of the same benefits as couples who married in Nevada. But there are fundamental differences.

Five ways that domestic partnerships differ from marriage in Nevada are: 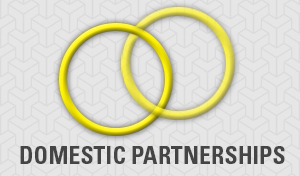 Marriage still provides the most legal benefits to couples in Nevada.

1. People must share a common residence to enter a domestic partnership

A couple may marry in Nevada even if they live apart and have entirely separate homes. But under NRS 122A.100, a prerequisite to becoming domestic partners is that "[B]oth persons have a common residence[.]"

In practice, this "common residence" requirement does not disqualify too many couples. Most couples already live together whether they want to become partners or a married couple.

But if two people are dating long-distance and are not on each other's leases or mortgage contracts, they might not be eligible to become domestic partners in Nevada.

2. No solemnization ceremony is required for a domestic partnership

Getting married in Nevada requires a ceremony. It does not matter whether it is in a place of worship with a clergyman, at one of Las Vegas's notorious wedding chapels with an Elvis impersonator, or at City Hall with a Justice of the Peace.

For a marriage to be valid in Nevada, an officiant must conduct a solemnization ceremony and then file the marriage license with the county.

In contrast, couples can enter into a domestic partnership just by filing a Domestic Partnership Declaration registration form with the Nevada Secretary of State. (The form requires signatures and separate notarization.) While domestic partners may choose to have a ceremony, it is not legally necessary.

3. Couples in a domestic partnership must file as single on their tax returns

One benefit of marriage is that the couple can file joint tax returns, which often saves them significant amounts of money.

In contrast, domestic partners must file separate tax returns as though they were single. But since Nevada community property laws apply to domestic partners, the amount of reported income may be the same as if they were married.

Unlike married couples, domestic partners are not allowed to receive Social Security or Veteran's benefits upon the death or disability of their partner. Partners are also not eligible for the same insurance and pension benefits available to spouses of federal employees.

5. Couples in a domestic partnership must register as such in each state they live in

If a couple is registered as domestic partners in another state, they are required to register as such in Nevada in order to get the benefits of being partners. This is different from married couples, who are recognized as married throughout the U.S. without having to register first.

Note that domestic couples from other states who then register in Nevada do not have to pay the filing fee as long as they can produce their partnership certificate from the other state.