It's not uncommon for law-abiding people to be falsely accused of crimes.  Sometimes it's due to an honest mistake, and sometimes their accusers are maliciously trying to get them into trouble.

Either way, a skilled Nevada criminal defense lawyer may be able to show that the defendant is innocent and win a dismissal of the charges.

This page explains the defense of "false allegations" in Nevada criminal cases.  Keep reading to learn how wrongful accusations occur, when they serve as an effective defense, and the penalties for making a false accusation.

What are false allegations in Nevada?

Like it sounds, false allegations are when someone is accused of a crime he/she did not commit.  If the defense attorney can show the court that the defendant has been wrongly accused, the charges should be dismissed. 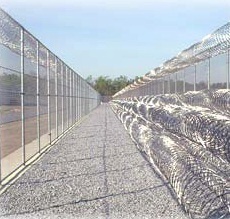 For what kinds of crimes are people falsely accused in Nevada?

People may be wrongly accused of any type of crime in Nevada including theft, drugs, rape, and homicide.  But one of the most common cases involves the Nevada crime of battery domestic violence. North Las Vegas criminal defense attorney Michael Becker gives an example.

Mary is angry at her husband Paul for having an affair.  To get back at him, she calls 911 and falsely reports that Paul tried to strangle her in their Henderson house.  The police then come to arrest Paul and book him at the Henderson Detention Center for the Nevada crime of battery domestic violence.

In the above example, Mary falsely accused Paul of strangling her because she's angry at him and wants him to suffer.  But as long as Paul's attorneys can show there is no evidence that suggests Paul strangled Mary, the charges against Paul should be dismissed. 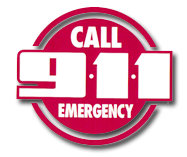 For what reasons do people falsely accuse others of crimes in Nevada?

There are three main reasons why false accusations occur:

The human brain does not function like a video camera which acquires, stores and retrieves events with greater accuracy.  Children are especially prone to imagining things that never took place.  And biases, preconceptions, and external circumstances can all cause a well-meaning witness of any age to falsely identify a suspect.

For instance, many alleged crimes occur swiftly and without notice.  Therefore eyewitnesses are caught off guard and can't fully process what happened.  And if the offense occurred at a distance or under bad visibility or lighting conditions, eyewitnesses won't have a clear picture of who did what.

Research also shows that witnesses who recite their faulty recollections get more committed to the story each time they tell it.  So the simple act of a witness repeating a story he/she was unsure about initially can cause him/her to feel more certain about it.

Police are supposed to ask witnesses open-ended questions such as "what happened next?" in order to preserve accuracy.  But sometimes police mistakenly ask "leading questions" which cause witnesses to create false memories. Boulder City criminal defense attorney.   Neil Shouse explains:

Police are investigating Brent, who's accused of the Nevada crime of burglary.  Police ask a witness, "When did Brent enter the house?" when in fact the witness only saw Brent on the lawn.  However the police's question causes the witness to visualize Brent entering the house and to believe that's what happened.

In the above example, the police should have asked, "What did you see?" to allow the witness to tell his version of events.  The officer's leading question subtly colored the witness's memory and resulted in him making a false accusation.

Misidentifications also happen during line-ups.  This is because witnesses tend to pick someone in the lineup who looks most like their memory of the suspect even if the suspect isn't actually in the line-up ... this phenomenon is called the "best guess problem."  To avoid this police are encouraged to do "sequential" lineups where witnesses view each suspect one at a time.

In some cases, people knowingly accuse others of a crime that the person did not commit.  The motivations range from jealousy or anger to panic or shame.  These people may also make up elaborate stories and fabricate evidence to back up their false accusations.  For instance, people alleging to be victims of domestic violence may inflict wounds on themselves.

How do defendants prove that they've been falsely accused in Nevada?

In today's technologically advanced world, there are many avenues to combat a false accusation.  These include surveillance videos, electronic records, and forensic evidence such as DNA samples.  In addition, a good criminal defense attorney may be able to discredit an accuser during cross-examination.

What are the penalties for intentionally accusing someone of a crime in Nevada?

Intentionally causing an innocent person to be arrested or charged with an offense he/she didn't commit is called the Nevada crime of malicious prosecution.  If the crime that the person was falsely accused of is a felony in Nevada, then the accuser would be charged with a category D felony in Nevada carrying:

Note that if the accuser filed a police report, he/she may also be charged with the Nevada crime of filing a false police report. This is a misdemeanor in Nevada carrying:

A false accuser may also face civil lawsuits from the person he/she made wrongful allegations against.  The judge in these cases may award compensatory and punitive money damages.

Wrongfully accused of a crime? Call us for help...

If you've been "falsely accused" of a crime in Nevada, call our Las Vegas criminal defense attorneys at 702-DEFENSE (702-333-3673).  We may be able to get the charges dismissed. Otherwise, we're ready to zealously argue your innocence to a jury.