If a person allegedly commits a crime in Nevada and then flees to another state, Nevada authorities may try to "extradite" that person back to Nevada. The person should hire a lawyer both in that state as well as in Nevada to fight for bail release and to protect his/her rights during the extradition process.

What is extradition to Nevada?

Extradition to Nevada is the legal mechanism whereby police in another state arrest someone in that state and surrender him/her to Nevada so that person can answer to criminal charges in Nevada. For example,

Tom commits robbery in Nevada and flees to Utah. Through extradition Utah police can arrest Tom and transfer him back to Nevada. Tom will return to Nevada and be charged with robbery (and fugitive charges as well).

There are several types of fugitives that may be extradited to Nevada. These include:

How does "extradition to Nevada" work in Las Vegas?

Then the governor of the asylum state issues a governor's warrant, and the suspected fugitive will be arrested. What happens next depends on the particular state's laws. But in general the suspected fugitive can either "waive extradition" and return to Nevada without protest. Or else he/she will challenge the extradition and stay in the asylum state pending a hearing on the matter.

Note that most states including Nevada follow the Uniform Criminal Extradition Act ("UCEA"), which governs how interstate extradition operates. The Nevada version of the UCEA appears under Nevada Revised State 179. 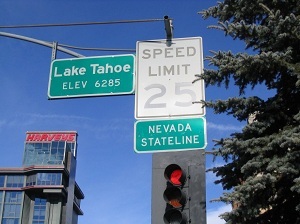 It depends on the asylum's state particular laws and policies.

How long can a suspected fugitive be held in the asylum state before being extradited to Nevada?

In general a suspected fugitive may be held pending extradition for no more than thirty (30) days. But this time period may be extended for various reasons.

What if a suspected fugitive from Nevada also faces criminal charges in the asylum state?

The asylum state's governor retains the discretion either to keep the suspect instate pending the local criminal matters or to return him/her to Nevada first. 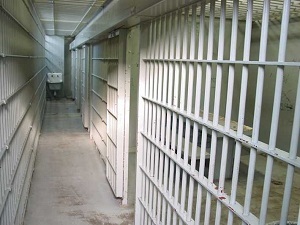 Do all fugitives from Nevada get extradited back to Nevada?

What are the defenses to extradition to Nevada?

Suspected fugitives being detained in other states are encouraged to retain local counsel familiar with that state's extradition rules. An attorney may also try to file a "writ of habeas corpus" alleging that the original arrest was invalid.

If you are facing extradition to Nevada, phone Las Vegas Criminal Defense Attorneys at 702-DEFENSE (702-333-3673) for a free consultation. They may be able to work with your lawyers in the asylum state to show that any extradition would be illegal. And if you are transferred back to Nevada they may be able to get you released on bail.