The Nevada crime of evading a traffic stop under NRS 484B.550 occurs when a driver intentionally keeps driving after a police vehicle signals for it to pull over. In order to initiate a traffic stop, the police vehicle must both flash its red light and sound its siren.

The penalties for evading police depend on the seriousness of the circumstances and if any harm was done:

It may be possible to get an evasion charge reduced or dismissed through a Nevada plea bargain. Possible defenses include:

In this article, our Las Vegas criminal defense attorneys discuss the Nevada laws for evading police. Click on a topic below to jump directly to that section. 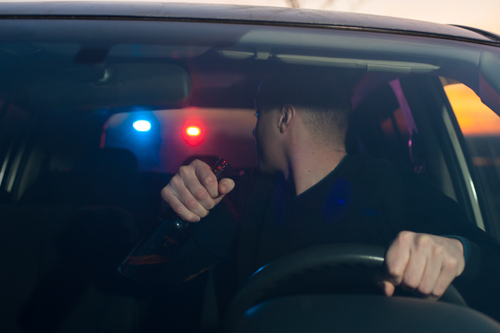 1. Definition of evading police in Nevada

Nevada's legal definition of evading a traffic stop is when a driver:

In other words, it is illegal to deliberately continue driving once the police have signaled for a driver to pull over by both:

Once a driver becomes aware that a police car is signaling it to stop, the driver should pull over to the side of the road as soon as it is safe to do so. Henderson criminal defense attorney Michael Becker gives an example:

Example: John is driving with a broken tail light. An officer with the Las Vegas Metropolitan Police Department sees him and signals for John to pull over by sounding its siren and flashing its red lamp. John wants to hear the end of the song he is listening to on the radio, so he waits until it is over before pulling over.

Even though John was planning to stop for the police eventually, he could still be charged with evasion for unnecessarily delaying pulling over. 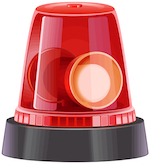 Police must illuminate their red lamp to signal a driver to pull over.

Another common evasion scenario occurs when the driver speeds up or changes course in an attempt to elude police completely. This could lead to a police chase with the Nevada Highway Patrol and serious damages that the defendant would be liable for.

The following are three common defenses to evasion. An attorney may use them to try to persuade the prosecutor to dismiss the charges or else reduce them to something more minor:

3. Punishment for evading police in Nevada

Violating NRS 484B.550 can be a misdemeanor or a felony in Nevada depending on the case. The punishment depends on the following factors:

Evading is only a misdemeanor as long as:

Evasion with DUI is an automatic felony in Nevada.

If an evading driver was also intoxicated by drugs or alcohol at the time, then ignoring a traffic stop is a category D felony. The punishment carries:

Note that drivers in this situation will probably also be charged with the separate crime of DUI. Nevada's DUI penalties depend on the defendant's criminal history, and whether anyone was harmed.

An evading driver who causes damage to another person's property -- or who is driving in a way likely to endanger people or property -- faces category B felony charges. The sentence includes:

It is also a category B felony when an evading driver causes a fatality or serious injuries to someone. The penalty is:

Learn more in our article on the Nevada crime of evading police and causing death or injury.3

Immigration judges may consider evasion to be a crime involving moral turpitude, which is deportable.4 Consequently, aliens facing criminal charges are strongly advised to seek legal representation in attempt to get their charges dismissed or reduced to a non-deportable offense.

Learn more in our articles on the Nevada criminal defense of immigrants and immigration consequences for DUI defendants who evade police.

The waiting period to get an evading case sealed depends on what crime category the defendant was convicted of:

Also note that if the evasion charge gets dismissed (meaning there is no conviction), then the defendant can apply for a record seal right away.6 However, the Nevada record seal process itself takes several weeks.

Even people with just misdemeanor convictions on their record are urged to get their record sealed as soon as possible. An evasion conviction looks bad on background checks and could cause prospective employers to pass over an otherwise qualified candidate.

Resisting arrest can be a misdemeanor or a felony in Nevada.

The Nevada crime of resisting arrest occurs when a person is trying to keep a police officer from carrying out an arrest or other duties.

Resisting without a weapon is a misdemeanor, carrying up to 6 months in jail and/or up to $1,000 in fines. But using a weapon in attempt to take an officer's weapons while resisting an arrest is a felony, carrying at least one year in prison.

Obstruction is punished as a misdemeanor, carrying up to 6 months in jail and/or up to $1,000 in fines.

The Nevada crime of battery of a peace officer is when a person applies unlawful physical force on a police officer. Common examples of battery include throwing objects at, hitting, or spitting on.

A battery of police without strangulation or without causing substantial physical injuries is a gross misdemeanor in Nevada. This carries up to 364 days in jail and/or up to $2,000 in fines.

Otherwise, battery of a peace officer is a category B felony, carrying 2 to 10 years in prison and/or up to $10,000 in fines. (But if the incident involved a deadly weapon, the maximum prison sentence increases to 15 years).

The Nevada crime of escaping custody happens when suspects or convicts break out of or flee from prison, jail, or police custody. The penalties depend on the original crime the defendant was incarcerated for.

No matter what charge you are facing in Clark County or elsewhere in Nevada, our Las Vegas criminal defense lawyers are eager to try to get your case dismissed or at least reduced to a lesser crime.  Please phone us today at 702-DEFENSE (702-333-3673) to discuss your case for free.