Penalties for escaping from jail, prison, or police custody in Nevada under NRS 212.090 depend on what crime the prisoner was charged or convicted of:

It may be possible to persuade prosecutors to lessen or possibly dismiss the charges through a Nevada plea bargain. Potential defenses include:

In this article, our Las Vegas criminal defense attorneys discuss the Nevada crime of escaping from prison. Click on a topic below to jump to that section: 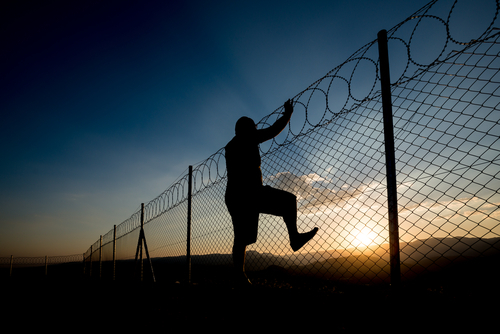 Convicted felons who escape from prison face an additional category B felony charge in Nevada.

1. Definition of escaping prison, jail, or police custody in Nevada

Criminal suspects or defendants who attempt to escape police custody or incarceration face an additional charge of violating NRS 212.090.1 It makes no difference if the defendant succeeded or failed in breaking out.2

Note that NRS 202.090 applies both to people suspected or charged with a crime as well as people who have been convicted. And a person can be charged with escape by trying to break out of any of the following locations:

2. Penalties for escaping prison, jail, or police custody in Nevada 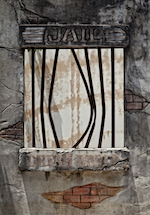 The penalty for breaking out depends on the crime the person was incarcerated for.

The punishment for attempting to escape from jail, prison, or police custody in Nevada hinges on whether the defendant is in custody for either a:

People who have been arrested for, charged with, or convicted of a misdemeanor or gross misdemeanor in Nevada face the following punishment if they escape police custody or incarceration:

If they use a dangerous weapon to facilitate the escape, attempting to break out of jail or prison is a category B felony. The sentence is:

Otherwise, attempting to break out is a gross misdemeanor. The sentence is:

It is a category B felony for people who have been arrested for, charged with, or convicted of a felony to escape police custody or incarceration.

The specific punishment turns on whether any of the following three "aggravating circumstances" apply:

If either of the aforementioned aggravating circumstances occurred, the punishment is:

Additionally, the sentence must run consecutively with the sentence for the underlying felony. And the court may not grant probation or suspend the sentence in Nevada.

If neither of the aforementioned three aggravating circumstances applies, the punishment is:

Necessity is a possible defense to escape charges.

How best to defend against charges of breaking out of police custody or incarceration turns on the available evidence, such as:

There is also a possible defense called "necessity," which means that the defendant escaped because it was a reasonable action to take under the circumstances. In order for the “necessity” defense to excuse an escape, all of the following five conditions must be met:

Immigration judges are likely to consider escaping from prison to be a crime involving moral turpitude, which are deportable. Consequently, any non-U.S. citizen facing criminal charges is urged to retain experienced legal counsel to attempt to get any criminal charges dismissed or reduced to a non-deportable offense. Learn more about the criminal defense of immigrants in Nevada.

5. Sealing criminal records in Nevada for breaking out of prison, jail, or police custody

The Nevada crime of resisting arrest happens when a person hinders law enforcement from carrying out legal duties, such as making an arrest. Resisting with no weapons is a misdemeanor, carrying:

But resisting becomes a felony if the defendant had guns or other weapons.

The Nevada crime of evading police under NRS 484B.550 happens when someone deliberately continues to drive after police have signaled for the driver to stop by flashing the red light and sounding the siren. It is usually prosecuted as a misdemeanor, carrying:

Note that evading is a felony if the driver was driving dangerously, was DUI, or caused injury or death. Learn more in our article on the Nevada crime of evading police and causing injury.

The Nevada crime of obstruction of a public officer happens when someone lies to, hinders, or withholds information from a public officer. This is charged as a misdemeanor, carrying up to:

Inmates face charges of escaping from prison whether or not they succeed.

Furnishing a state prison inmate with a telecommunications device is a category E felony in Nevada. The judge usually grants probation for a first offense, but the maximum penalties include:

Learn more about the Nevada crime of giving phones to prisoners.

Giving a state prison inmate alcohol is a gross misdemeanor. The sentence carries:

Meanwhile, giving a state prison inmate controlled substances or deadly weapons is a category B felony. The sentence carries:

Learn more about the Nevada crime of giving alcohol, drugs, or weapons to prisoners.

Prisoners found in possession of drugs or a phone face prosecution for a category D felony in Nevada. The sentence includes:

Prisoners found in possession of a weapon face prosecution for a category B felony, carrying one to six (1 - 6) years in prison.

Note that inmates usually serve sentences for having a prohibited item "consecutively" with the sentences they are currently serving. Also note that courts are usually not allowed to grant probation or suspended sentences in these cases.

If you are facing criminal charges in Nevada, call our Las Vegas criminal defense attorneys at 702-DEFENSE (702-333-3673) for a FREE consultation. Our goal is to try to get your charges reduced or dismissed. But if necessary, we will take your matter all the way to trial in zealous pursuit of a "not guilty" verdict.

In California? See our article on the California crime of rescuing a prisoner.