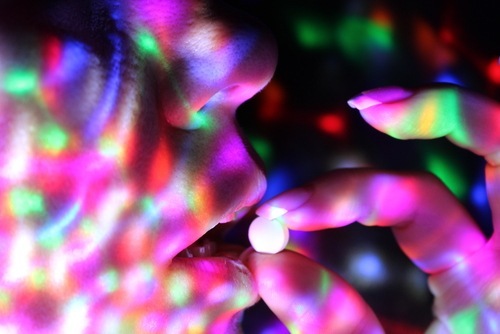 Other names for ecstasy are MDMA, molly, E, and X.

1. What are the penalties for ecstasy crimes?

It depends on which Nevada drug offense the defendant was convicted of.

The most effective defense strategies in ecstasy cases depend on the circumstances of the case. Typical defenses are:

2.1. No knowledge of the ecstasy

Defendants are not guilty of drug possession if they are honestly unaware of the drugs being there.2

Example: Jan and Jennifer share a Las Vegas apartment. Jan hides MDMA under the living room floorboards without Jennifer's knowledge. Acting on a tip, a police officer gets a search warrant and finds the ecstasy. The officer then arrests Jan and Jennifer for possession. But Jennifer should not be convicted because she genuinely had no idea the ecstasy was in her home.

If the D.A. in the above example cannot prove beyond a reasonable doubt that Jennifer knew the ecstasy was in her apartment, the case should be dismissed.

Law enforcement is not allowed to trick ("entrap") suspects into committing a crime that they are not predisposed to commit.3

Example: In Laughlin, an undercover police officer goes to a rave and observes Hannah popping MDMA. The officer asks to buy one of her ecstasy pills. Hannah declines. The officer then threatens to beat Hannah if she refuses to sell. Hannah complies, and the officer arrests her for selling drugs. But Hannah should not be convicted because the undercover officer entrapped her with threats, and she was not predisposed to sell drugs.

If Hannah in the above example accepted the officer's first offer to buy the drugs, then Hannah would have a hard time arguing that she was entrapped. Police are allowed to go undercover and lie to suspects. They just cannot threaten suspects to get them to carry out a crime. 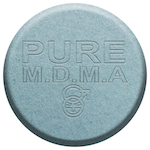 Ecstasy found as the result of an unlawful police search may be excluded as evidence.

Police must abide by the Fourth Amendment when executing a search. Whenever officers cross the line, the defense attorney should request that the judge exclude ("suppress") any evidence found from the unconstitutional search. This is called a motion to suppress evidence.

If the court agrees to suppress the evidence, the prosecution may be left with too little evidence to sustain a conviction. The D.A. may then reduce or dismiss the charges. In these types of cases, the defendant's behavior is not as important as the police's misbehavior.

3. Can the charge get reduced or dismissed?

Nevada prosecutors may be willing to plea bargain down or drop drug charges to avoid going to trial. First-time drug defendants with minimal criminal history are more likely to receive favorable plea deals.

Many first-time defendants accused of simple possession get the opportunity to avoid jail by completing Drug Court. This is an intensive rehabilitation program. Upon successful completion, the D.A. will dismiss the case entirely.

Alternatively, the D.A. may lessen a felony drug charge to a misdemeanor under NRS 454.351. The maximum penalties include:

Yes. The waiting period to seal a Nevada conviction depends on the category of crime the defendant was convicted of. But dismissed drug charges may be sealed right away.

If the ecstasy charge gets lessened to a misdemeanor, the waiting period to pursue a record seal is one year after the case closes.4

Read about how to get a Nevada record seal.

Yes, doing anything with MDMA is a deportation. In fact, merely admitting to being addicted or dealing drugs makes aliens vulnerable to deportation.5 Consequently, non-citizens facing drug charges should retain a skilled immigration and criminal defense attorney without delay.

See our articles on:

If you have been charged with an ecstasy-related offense in Nevada, call 702-DEFENSE (702-333-3673). Our Las Vegas criminal defense lawyers can discuss your case with you for no charge. We may be able to get your charges lessened or thrown out.

Arrested in California? Go to our informational article on California ecstasy laws.

Arrested in Colorado? Go to our informational article on Colorado ecstasy laws.

• Will I get deported for an “ecstasy” charge in Nevada?


• When can I seal my “ecstasy” case from my criminal records in Nevada?


• Can I keep my guns if I get convicted of an “ecstasy” charge in Nevada?


• Is it possible to win an “ecstasy” case at jury trial in Nevada?


Are Nevada cops allowed to search my car for ecstasy?


What happens if an undercover cop busts me for selling “ecstasy” in Nevada?