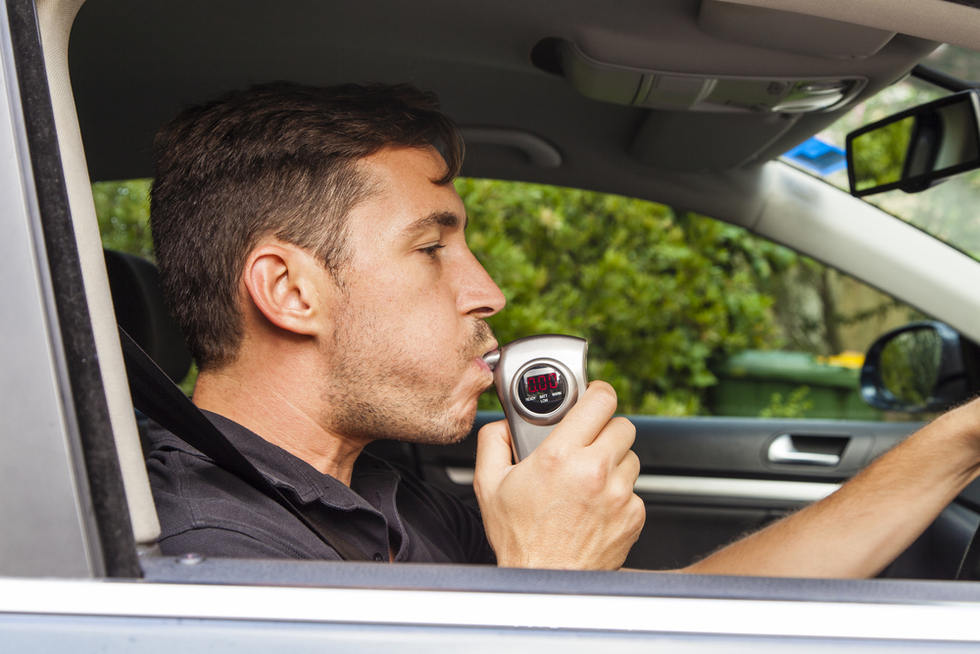 During a traffic stop or DUI roadblock, a Nevada police officer may try to determine whether you are driving under the influence of alcohol and/or drugs. To do this the officer will often ask you to:

The PBT is sometimes referred to as a roadside breath test or preliminary alcohol screening (PAS). And the results of the PAS can mean the difference between an officer letting you go or placing you under arrest for a Nevada DUI.

To help you better understand the law on Nevada's preliminary breath tests, our Las Vegas DUI defense lawyers explain the following, below:

1. What is a preliminary alcohol screening (PAS) test?

In Nevada you drive under the influence when:

If you are pulled over at a traffic stop or DUI roadblock, an officer from the Nevada Highway Patrol, the Las Vegas Metropolitan Police or another law enforcement agency may ask you to blow into a  handheld device such as a “breathalyzer.”

A breathalyzer is a portable DUI breath testing device that measures the amount of alcohol in your breath. The device then uses a mathematical formula to convert this to an equivalent BAC.

An officer does not need a “positive” result on a preliminary alcohol screening in order to arrest you for DUI. But assuming the traffic stop was legal, a PAS result of .08 or higher is usually enough to establish probable cause for an arrest.

2. The difference between a PAS and a post-arrest breath test

A preliminary breath test is different than the Nevada evidentiary breath test or Nevada DUI blood test you take if you are actually arrested for DUI. Unlike an evidentiary chemical test or a PBT cannot be used to prove you were driving drunk.3 It is – as its name suggests – merely a tool to help an officer decide whether to arrest you.

If you fail to submit to the PAS test, the officer will:

If you refuse to take a Nevada evidentiary DUI test, you face automatic revocation of your Nevada driver's license for at least one year. The defendant will also have to install an ignition interlock device in any cars he/she operates.

3. Should I ever refuse a Nevada preliminary breath test?

Since Nevada preliminary DUI breath tests are not optional, there is not much advantage to refusing to take one. Even if you believe you will test high because of residual mouth alcohol from a recently consumed drink, the PBT can't be used to convict you in court. By the time the evidentiary test is done, the mouth alcohol will have dissipated. And in the interim, the test refusal might have cost you your license.

However, this doesn't mean you can't politely suggest to the officer (assuming that your statements are truthful) that your apparent symptoms of DUI were caused by something other than drinking, such as:

Don't be surprised, however, if the officer doesn't take your statement at face value. And remember that refusing to take a preliminary breath test or an evidentiary breath, blood or urine test has consequences. And that your statements can be used against you if you are ultimately charged.

When it doubt, follow the officer's instructions and say as little as possible. But call us as soon as soon as you are able.6

Arrested for DUI in Las Vegas or Reno? Call us for help…

The cops do their best – but they are only human. So they rely on Nevada PBTS to help them get it right. However, Nevada DUI breath testing equipment is prone to errors. And when the breath test is wrong, so are the cops.

If you were charged with DUI based on a Nevada breath test, we invite you to contact us for a free consultation. Our caring Las Vegas and Reno know how to find police error. We understand how Clark County prosecutors put their DUI cases together.

Don't wait until you've lost your license to get legal help. We'll fight to get your driving privilege back. And we'll work proactively to keep you out of jail and the DUI off your record.

To schedule your free consultation, call us at 702-DEFENSE (702-333-3673) or fill out the form on this page. One of our experienced DUI lawyers will get back to you promptly to discuss your case and the best defense to your Nevada DUI charges.

To learn about California's law on PBTs, please see our page on Preliminary Alcohol Screening (PAS) Breath Tests in California.