In this article, our Las Vegas DUI Defense attorneys answer frequently-asked-questions about the One Leg Stand Test in Nevada drunk driving cases. (Click on a question below to go directly to that topic.) 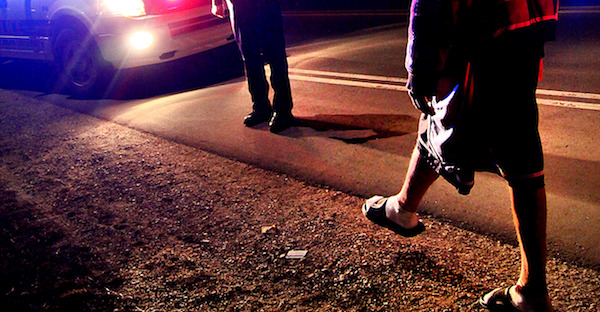 The One Leg Stand is a field sobriety tests that Nevada police administer on suspected drunk drivers.

1) What is the One Leg Stand Test in Nevada DUI cases?

The One Leg Stand (OLS) is a field sobriety test approved by the National Highway Transportation Safety Administration (NHTSA). Suspected drunk drivers are asked to perform an OLS by Nevada police. The OLS is a "divided attention" test in that it requires the suspect to execute physical and mental tasks simultaneously.

Specifically, the One Leg Stand Test involves the suspect standing on only one foot and maintaining that stance while counting to thirty without swaying, using his/her arms, hopping, or putting his/her foot down. If the suspect makes two or more mistakes while performing this test, the cop will presume he/she is under the influence of alcohol.1

2) When do police administer the One Leg Stand Test in Nevada DUI cases?

After a cop pulls over a suspected drunk driver in Nevada, the cop will first ask him/her some questions and observe his/her demeanor. If the cop thinks the suspect is displaying inebriated behavior, the cop will ask the suspect to exit the car to perform the field sobriety tests, including the OLS. This usually occurs within 10 to 30 minutes of the initial encounter.

The One Leg Stand requires the suspect to stand on one leg for 30 seconds without hopping, swaying, putting the foot down, or using the arms for balance.

3) How do police administer the One Leg Stand Test in Nevada DUI cases?

4) How are results measured for the One Leg Stand Test in Nevada DUI cases? What is failing?

While Nevada DUI suspects are performing the OLS Test, the cop is looking for four mistakes:

Each of these mistakes is called a "clue." Making two, three, or four of these clues is a failing score. Making just one clue or no clue at all is a passing score. Note that putting the foot down three or more times during the 30-second period is an automatic failing score. And a failing score means the cop will presume that the suspect has an illegal blood alcohol content (.08% or greater in Nevada DUI cases).2

5) Can I refuse to take the One Leg Stand Test in a Nevada DUI case? 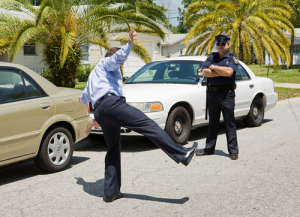 Putting the raised foot down three times results in a failing score for the One Leg Stand test.

6) Does passing or not taking the One Leg Stand Test mean I will not get arrested for DUI in Nevada?

No. The OLS is just one of many factors Nevada police take into account when they decide whether to arrest and book someone for DUI. Other factors include:

So a suspect who passes the OLS can still be arrested if he/she fails the other tests or otherwise gives law enforcement reason to believe he/she is inebriated.

7) How accurate is the One Leg Stand Test in Nevada DUI cases?

NHTSA claims that the OLS Test is only 65% accurate in demonstrating whether a driver is under the influence.3 Put another way, more than out of three suspects who fail the OLS is not in fact drunk.

8) How do DUI defendants contest the results of the One Leg Stand Test in Nevada?

The OLS is an innately flawed test because so many outside conditions can cause a sober DUI suspect to receive a failing score. Six common ways to contest OLS results in a Nevada DUI case include the following:

If a defense attorney can show that circumstances prevented the DUI suspect from having a fair opportunity to pass the OLS, it may be possible to persuade the prosecutor to reduce or dismiss the charges. 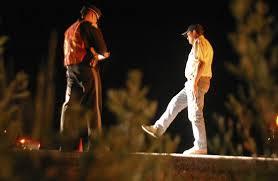 Police error may cause a Nevada judge to disregard a failing score on the One Leg Stand test.

Yes. The Nevada Supreme Court has held that police who reasonably suspect a driver may be inebriated should administer the OLS Test. Law enforcement and prosecution may then use OLS Test results evidence of a driver's intoxication levels.4

10) Is the One Leg Stand Test the only field sobriety test in Nevada DUI cases?

No. The OLS is just one of three (3) standardized field sobriety tests (FSTs) that suspected drunk drivers are asked to perform. The other two are the Nevada horizontal gaze nystagmus test and the Nevada walk-and-turn test. They are both more accurate than the OLS..

It is important to remember that a DUI arrest in Nevada does not necessarily guarantee a conviction. It may be possible for a defendant who failed the OLS to have DUI charges reduced or dismissed.

Have you been charged with "drunk driving" in Nevada? Phone our Las Vegas criminal defense attorneys for a FREE consultation at 702-DEFENSE (702-333-3673). We may be able to negotiate or litigate a favorable resolution such as a charge reduction, charge dismissal, or an acquittal.