The Nevada law for contributing to the delinquency of a minor prohibits causing a child to either:

An NRS 201.110 violation is a misdemeanor in Nevada with maximum punishments of:

It may be possible to have contributory delinquency charges dismissed or reduced as part of a plea bargain. Typical defense arguments include: 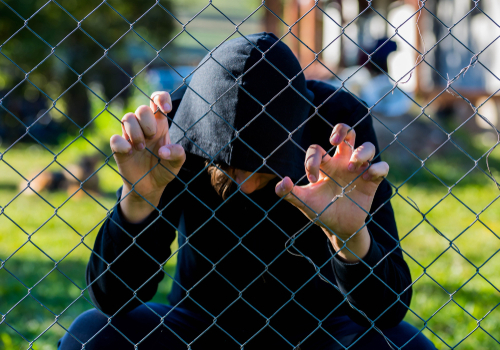 People charged with child neglect or endangerment may be able to get the charge reduced to contributing to the delinquency of a minor.

1. Legal definition of contributing to the delinquency of a minor in Nevada

It is a Nevada crime for a person to contribute to a child's delinquent behavior or neglect. Specifically, a person faces contributory delinquency charges for causing a child (under 18-years old) to be in any of the following 14 situations:

Note that contributing to the delinquency of a minor is different than the Nevada crime of child abuse, which typically involves causing physical, sexual or mental harm.2

Also note that it is not considered contributory neglect when a person leaves a child 30 days or younger with either a(n):

2. Penalties for contributing to the delinquency of a minor in Nevada

As a misdemeanor, violating NRS 201.110 carries a sentence of: 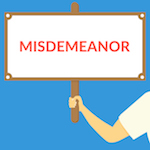 Contributory delinquency is a misdemeanor in Nevada.

It is rare for judges to order jail for a first-time misdemeanor offense. But since these situations involve child welfare, judges may be less amenable to letting defendants off with only a fine. Therefore, defendants are encouraged to retain legal counsel in an effort to fight the charges and negotiate for the best possible resolution.

3. Fighting charges for contributing to the delinquency of a minor in Nevada

The best way to fight contributory delinquency charges turns on the facts of the case. But some common defenses include:

Sometimes the police arrest the wrong person by accident. Or sometimes people -- especially angry children or exes -- deliberately accuse an innocent person out of revenge. 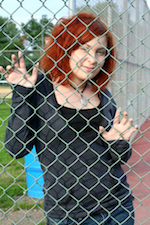 False accusations is a defense against any criminal charge.

A criminal defense attorney would investigate the situation and compile evidence -- such as past communications and recordings -- to show that accuser may have had a reason to lie and that the defendant did nothing wrong. If the D.A. fails to prove guilt beyond a reasonable doubt, the charge should be dropped.

3.2. There was no delinquency

Just because a child has undesirable habits does not make him/her delinquent. If police may have hastily arrested someone on NRS 201.110 charges, the criminal defense attorney would gather evidence to show that nothing the defendant did rose to the level of contributory delinquency.

3.3. The defendant's behavior was legally protected

Police may be over-zealous in arresting adults who appear to be contributing to child delinquency but are really just exercising their rights to inflict reasonable punishment. For example, it is perfectly legal in Nevada for parents and guardians to punish children by sending them to their room, not letting them participate in certain activities, or depriving them of one dinner.

In these situations, a criminal defense attorney would argue that nothing in NRS 201.110's text applies to the defendant's actions. The prosecutor may agree then to drop the charges.

4. Sealing records for contributing to the delinquency in Nevada 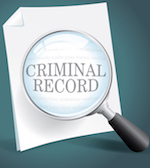 A Nevada contributory delinquency conviction can be sealed 1 year after the case ends.

There is no waiting period to get a record seal if the NRS 201.110 case gets dismissed (meaning there is no conviction). However, the Nevada record seal process itself takes several weeks.6

5. Immigration consequences for contributing to the delinquency of a minor in Nevada

Even though contributory delinquency is a misdemeanor, a non-citizen convicted of violating NRS 201.110 could still be deported if the court considers the offense to be a crime of moral turpitude. Therefore, any alien suspected of contributory delinquency should retain an experienced attorney right away who may be able to get the charge dismissed or changed to a non-deportable offense.7 Learn more about the criminal defense of immigrants in Nevada.

6.1. Furnishing alcohol to a person under 21 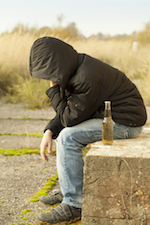 Giving an underage person alcohol is a crime in Nevada.

A person can be charged with the Nevada crime of furnishing alcohol to a person under 21 for either:

Letting a person under 18 possess a firearm in Nevada without lawful permission and supervision is a crime. (In some situations, there are exceptions involving hunting, training, or the military.) Letting a non-violent child have a gun is a misdemeanor carrying up to six (6) months in jail and/or up to $1,000 in fines. If the child is violent, furnishing the child with a gun is a felony.9

6.3. Leaving a child unattended in a car

Nevada prohibits leaving a child under eight (8) years old in an automobile if the keys are in the ignition or the conditions are potentially hazardous unless a person age twelve (12) or older is actively supervising the child. As a misdemeanor, leaving a child unattended in a car in Nevada carries up to six (6) months in jail and/or up to $1,000 in fines.10

Nevada law prohibits contacting a child under 16 and more than 5 years younger with the intent to take him/her away without the guardian's consent. And if the purpose of the luring was sexual, the child's age is irrelevant: All that matters is the defendant believed the victim was under 16 and at least 5 years younger. The Nevada crime of luring a child can be a gross misdemeanor or a felony.11

If you have been charged with "contributing to the delinquency of a minor" in Nevada, then please call our Las Vegas criminal defense attorneys at 702-DEFENSE (702-333-3673) right away for a free consultation about how we may be able to secure a reduction or dismissal of your charges.

To learn about Colorado law, go to our article on Colorado laws for contributing to the delinquency of a minor.