NRS 205.060 defines "burglary" in Nevada as entering a building or vehicle with the intent to commit any of the following offenses inside:

People face liability for burglary merely by entering the building or vehicle with the intent to commit one of these crimes, even if they do not follow through with their planned crime.

A burglary charge may be plea bargained down to a lesser offense or possibly a dismissal in some cases. Otherwise, burglary is category B felony in Nevada carrying the following penalties:

The following arguments are common legal defenses in a burglary case: 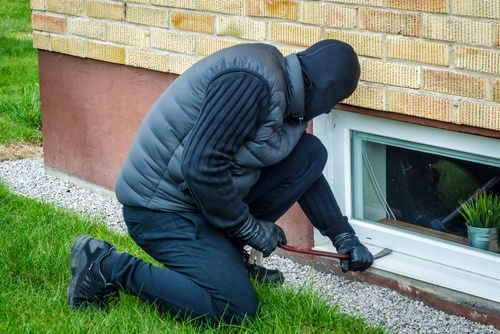 Burglary with a deadly weapon is a category B felony in Nevada carrying 2 to 15 years in prison.

1. What is the legal definition of burglary in Nevada?

Burglary is the entry into any

with the intent to commit any of the following crimes inside:

In order to convict someone of burglary, the prosecutor does not need to prove that the suspect actually committed any of these offenses inside the structure or vehicle. Merely having the criminal intent to commit one of these offenses at the time of entry is sufficient.1 Boulder City criminal defense attorney Michael Becker gives an example:

Example: Hector walks into his workplace at night intending to steal the $1,000 his boss keeps in the safe. But once he goes inside, he feels guilty and decides to not to steal anything. In this case, Hector can still be charged with burglary merely for intending to commit theft at the time he entered the building. The fact he had a change of heart does not let him off the hook.

If Hector in the above example did follow through with stealing the money, then prosecutors could charge him with two offenses: burglary and grand larceny.2

Nevada law recognizes that it is disproportionate to saddle small-time theft suspects with a burglary charge. Therefore, people suspected of shoplifting less than $650 during business hours may not be charged with burglary, only petit larceny. It makes no difference if the person had the intent to steal prior to entering the store:

Example: Jody walks by CVS during her lunch break and decides to steal a lipstick. So she walks in, grabs the makeup, and runs out. If caught, Jody would be cited only for petit larceny and not burglary. If Jody broke in after hours while the store was closed, then she would face both petit larceny and burglary charges.

Note that this shoplifting exception does not apply to people who have been previously convicted of:

Therefore, convicted felons or repeat shoplifters will face burglary charges if they attempt to shoplift again.3

It is a separate crime in Nevada to possess tools to carry out burglary if the circumstances suggest that the person intended to use the tools for burglary.4 Mesquite criminal defense attorney Neil Shouse gives an example:

Example: Acting on a tip, police get a warrant to search Josh's home. There they find several picklocks and other instruments traditionally used to break locks. The police also find a list of residences with the dates and times that the occupants will be away. In this case, prosecutors would probably charge Josh for violating NRS 205.080. This is because he had 1) tools used for breaking and entering, and 2) lists of unoccupied homes, indicating his intent to burglarize them.

In the above example, it is irrelevant that Josh was not caught trying to enter someone's home. Merely possessing picklocks under suspicious circumstances is sufficient for a prosecutor to bring charges for possession of burglary tools.

2. Is "breaking and entering" an element of burglary in Nevada?

No. A suspect may be charged with burglary even if there was no forced entry.5

In other words, people with the intent to commit a felony or larceny inside a building or vehicle can still be convicted of burglary even if they:

However, defendants who do "break and enter" are at a severe disadvantage when fighting burglary charges...

Judges and juries may infer that defendants who broke and entered had "burglarious intent." Therefore, this puts the burden on the defense attorney to present evidence to the court that the defendant had no criminal intent.6

3. Can I get a Nevada burglary charge reduced or dismissed?

If the defense attorney can show the prosecutors that they have insufficient evidence to sustain a conviction, then the prosecutors may agree to lower the charge to the misdemeanor petty larceny or possibly a dismissal.

Note that prosecutors are more likely to extend a good plea bargain to defendants with no prior criminal record and who are cooperative with police.

4. What are the penalties for burglary in Nevada?

The punishment depends on whether the defendant allegedly committed the burglary while possessing a deadly weapon, such as a gun, knife, or lead pipe:7

Note that defendants with previous burglary convictions are not eligible for probation.8

Violating NRS 205.080 is a gross misdemeanor in Nevada. The maximum sentence is:

5. What are the defenses to a Nevada charge of burglary?

The three most common legal defenses to charges of violating NRS 205.060 are:

5.1. The defendant had no intent to commit a felony or larceny

A person does not commit the crime of burglary if he had no intent to commit a felony or larceny prior to entering the building, structure, or vehicle.10 Henderson criminal defense attorney Michael Becker gives an example of how timing is essential to determining whether a defendant had intent:

Example: Jan and Sam live next door to each other in a neighborhood where no one locks their doors. One day Jan enters Sam's vacant home to return a phone charger Jan borrowed. Once inside, Jan notices a Rolex on Sam's bed table. Jan takes it and leaves Sam's house with it.

In the above example, Jan did not commit burglary because she formed the intent to steal the Rolex after she already entered the house, not before. Instead, Jan would face just grand larceny charges for taking the Rolex without Sam's permission.

Typical evidence that prosecutors offer in proving that a defendant had burglarious intent includes:

In some cases, intoxication may be a defense to burglary if the defendant was too incapacitated to form intent.11

As long as the defense attorney can raise a reasonable doubt that the defendant had burglarious intent, the charge should be dismissed.

5.2. The defendant was falsely accused

Sometimes the police arrest the wrong person for burglary. Typical reasons for these mistaken arrests include:

Furthermore, many alleged burglary incidents occur by masked perpetrators in the dark of night. So it may be very difficult to discern the identity of the suspect through eyewitnesses or surveillance video. And this could lead to the wrong person getting charged.

If the defense attorney can show that the prosecutors' evidence is too unreliable or inadequate to identify the defendant as the burglar, then the charge should be dismissed.

If this happens, the defense attorney can file a motion to suppress evidence asking the judge to disregard all the evidence that the police unearthed through wrongful means. If the court grants the motion, then the D.A. may be left with too weak a case to continue. And the prosecutor may be more willing to dismiss the charge or offer a favorable plea bargain.

6. Can I get a Nevada burglary conviction sealed?

Usually yes, though the waiting period depends on whether the theft allegedly occurred in a residence or not.

7. Can I get deported for burglary?

Yes. Burglary is considered an aggravated felony, which is a deportable offense.14

Therefore, non-citizens facing charges of violating NRS 205.060 should consult with an experienced immigration and criminal defense attorney right away. If the attorney can persuade the D.A. to dismiss the charge or reduce it to a non-removable defense, then the alien may be able to remain on U.S. soil.

The Nevada crime of home invasion is forcibly entering an inhabited dwelling without permission of the owner (or lawful occupant). It makes no difference whether or not a person is present at the time of the entry, or if the suspect ends up stealing anything.

Home invasion is prosecuted as a category B felony and carries the same penalties as burglary.

The Nevada crime of housebreaking is the legal term for squatting--entering a vacant dwelling for the purpose of unlawful residency. A first offense is a gross misdemeanor, carrying

Nevada robbery laws prohibit people from unlawfully taking property from another by force, violence, or threats of injury. A typical example is holding up a cashier at gunpoint.

Robbery is prosecuted as a category B felony carrying two to fifteen (2 - 15) years in prison. But if the defendant had a deadly weapon, the judge may as much as double the sentence.

Pick-pocketing is prosecuted as the Nevada crime of larceny from a person. The suspect uses no threats or violence, and the victim usually does not realize he/she has been stolen from until later.

Pick-pocketing less than $3,500 is a category C felony, carrying:

If the stolen property is worth $3,500 or more, then larceny from a person is prosecuted as a category B felony, carrying:

If you are facing burglary charges in Nevada, call our Las Vegas theft defense attorneys at 702-DEFENSE (702-333-3673). We may be able to get the charges reduced or dismissed. And if necessary, we will fight for a "not guilty" verdict at trial.

• Will I get deported for a “burglary” charge in Nevada?


• When can I seal my “burglary” case from my criminal records in Nevada?


• Can I keep my guns if I am convicted of “burglary” in Nevada?


• Is it possible to win a “burglary” case at jury trial in Nevada?


Can I get my “burglary” charge dismissed in Nevada?


Can I just explain to the D.A. why I am not guilty of “burglary” in Nevada?