Nevada police routinely plant purses or wallets in casinos in an effort to catch would-be thieves. Anyone who finds and takes these "bait" items for themselves face charges for the Nevada crime of possession of lost property.

The punishment under Nevada theft law for taking a bait purse depends on the value of the purse and its contents: 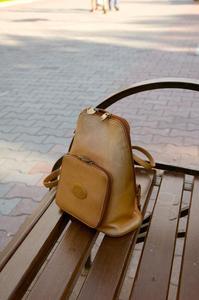 In the same way that Las Vegas Metropolitan Police conduct drug stings and prostitution stings, they also carry out "bait purse stings." A bait purse sting is when law enforcement plants a purse or other valuable item in public places--usually casinos--in an effort to trap would-be thieves. The purse ("bait") often contains several hundred dollars in cash, and the bait is almost always placed in an area under video surveillance.

If someone comes across one of these bait items in Nevada, it is a crime to take it for him/herself without reasonable efforts to notify the true owner.1 And in casinos, the best way to notify the owner is to turn the property over to security. Laughlin criminal defense attorney Michael Becker illustrates how bait purse cases often play out:

Example:  Thom is walking through Green Valley Ranch when he notices a wallet just lying on a seat in front of a slot machine. He immediately stops and scopes the area to see if anyone is looking. Then he figures, "Finders, keepers," and he quickly walks by the slot machine, where he snatches up the wallet and stuffs it in his pocket. Then he races out the door to his car. Security is watching and presume by Thom's secretive behavior that he intends to keep the wallet for himself. So they run after him before he can drive off, arrest him, and book him at Henderson Detention Center for bait purse theft.

In the above example, it does not matter if Thom genuinely believed he had a legal right to the wallet. The mere act of taking possession of property he knew was lost and keeping it for himself qualifies as theft in Nevada. Thom could have avoided prosecution had he taken the wallet to security or looked through the wallet for an ID in order to contact the owner because that shows an intent to return the wallet. 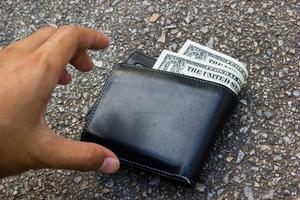 Intent to return "lost" property to its rightful owner is a defense to bait purse theft in Nevada.

Anya is walking through Caesar's Forum Shops when she notices a purse on the floor by one of the columns. She then picks up the purse and heads towards the front desk to give it to their lost-and-found. She holds the purse out in front of her as she walks so she is clearly not hiding it. Before she can reach the front desk however, the police who planted the purse stop her, arrest her, and book her at the Clark County Detention Center for bait-purse theft. But then Anya's defense attorney shows the D.A. surveillance video of Anya holding the purse in a conspicuous way and walking in the direction of the lost-and-found. This persuades the D.A. that Anya had no intent to keep the purse, and the state declines to press charges.

Note that good Samaritans who take possession of a bait purse with the intention of handing it over to casino security should take care not to keep the purse any longer than necessary. Keeping bait items for a lengthy period appears suspicious and may hurt his/her chance of getting the charge dropped.

The higher the value of a bait purse and its contents, the harsher the punishment is for stealing it in Nevada.2 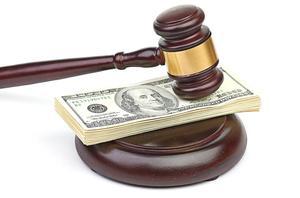 If the value of the bait purse items is less than $650, the defendant may be charged with a misdemeanor in Nevada. The sentence includes:

If the value of the bait purse items is at least $650 but less than $3,500, the defendant may be charged with a category C felony in Nevada. Note that the majority of Nevada bait purse cases are prosecuted as category C felonies.The sentence includes:

If the value of the bait items is $3,500 or more, the defendant may be charged with a category B felony in Nevada. The sentence includes:

Are you facing charges for "bait purse theft" in Nevada? Have a free meeting with our Las Vegas criminal defense attorneys at 702-DEFENSE (702-333-3673). We will talk about the possibility of getting your charges reduced or possibly dismissed without a trial.

• Will I get deported for a “bait purse theft” charge in Nevada?


• When can I seal my “bait purse theft” case from my criminal records in Nevada?


• Can I keep my guns if I am convicted of “bait purse theft” in Nevada?


• Is it possible to win a “bait purse theft” case at jury trial in Nevada?


Can I get my “bait purse theft” charge dismissed in Nevada?


Can I meet with the D.A. before “bait purse theft” charges are filed in Nevada?