Asset forfeiture in Nevada — Can the government take my property? 5 fast facts

Top Las Vegas criminal defense attorney discusses Nevada “asset forfeiture” laws. More info at https://www.shouselaw.com/nevada/asset-forfeiture.html or call Las Vegas Defense Group for a FREE consultation at 702-DEFENSE (702-333-3673). FIVE FAST FACTS ON ASSET FORFEITURE IN NEVADA “Asset forfeiture” is the legal way of saying giving up your property to the state. In certain cases, Nevada law requires people to forfeit their assets which have been used to carry out a felony, or which were purchased from the proceeds of a felony. Here are five things to know about asset forfeiture: 1) Police often pursue asset forfeiture in cases involving racketeering, gangs, and drug or gambling rings. 2) Any type of property is subject to forfeiture, such as real estate, personal property, vehicles, money, and securities. 3) People who were honestly unaware of any criminal activity should be allowed to keep their property that was used in a crime. But people who deliberately turned a blind eye to the criminal activity may still be forced to give up their property. 4) Police generally have to obtain a valid “seizure warrant” from a judge in order to take a person’s assets. Whenever the police may have seized property unlawfully, then it may be possible to get the property back. 5) The purpose of asset forfeiture is to punish property owners for their crimes and to remove the “tools” of their criminal activity from society. LAS VEGAS DEFENSE GROUP, L.L.C. Our criminal defense attorneys at Las Vegas Defense Group, L.L.C., represent clients all throughout Nevada including Las Vegas, Henderson, Washoe County, Reno, Carson City, Laughlin, Mesquite, Bunkerville, Moapa, Nye County, Elko, Pahrump, Searchlight, Moapa Valley, Goodsprings, Boulder City, North Las Vegas, Beatty, and Tonopah. Our offices are located in Las Vegas and Reno: 2970 W. Sahara Ave. Las Vegas, NV 89102 702-DEFENSE (702-333-3673) fax: 702-974-0524 200 S. Virginia St. 8th floor Reno, NV 89501 775-348-9685 Learn more at https://www.shouselaw.com/nevada. Or call 702-DEFENSE (702) 333-3673.

Nevada asset forfeiture laws allow the government to seize and forfeit property from individuals when the property has (1) been used to carry out a Nevada felony, or (2) been derived from the proceeds of the felony

Police generally have to obtain a magistrate judge's permission in order to seize assets. If the police may have performed an unlawful search and seizure in Nevada, then it may be possible to get the property back. 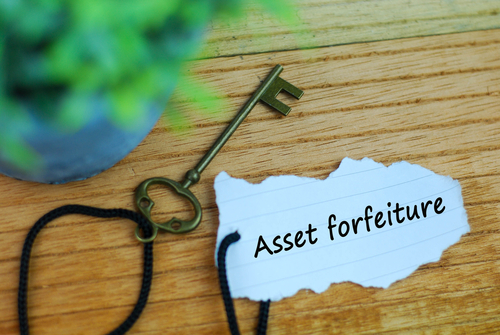 People may have to surrender their property that is connected to felonious activity in Nevada.

Asset forfeiture is when people give up ("forfeit") their ownership rights to property that has ties to criminal activity. Assets that are vulnerable to forfeiture have either:

Any type of property is subject to forfeiture in Nevada, including:

The purpose of asset forfeiture is both to punish the property owners for their crimes as well as to remove the "tools" of their criminal activity from society. Forfeited property becomes the property of the police department that seized it.3

Police generally do not try to seize assets used in Nevada misdemeanor offenses. For example, if a person steals a stick of gum from a convenience store and drives away, the thief should not have to forfeit the car because petty larceny in Nevada is a minor crime.

3. Exceptions to asset forfeiture in Nevada and "willful blindness"

A person is not required to forfeit their assets used in -- or derived from -- criminal activity if the person was genuinely ignorant of the criminal activity. Mesquite criminal defense attorney Neil Shouse provides an example:

Example: Lisa is roommates with Helen. One day while Lisa is sleeping, Helen takes Lisa's car to go to her ex-boyfriend's house to burglarize it. Lisa had no idea and did not give Helen permission to use the car. Since Lisa had no knowledge of the burglary, she should not be forced to forfeit her car to the police.

Had Lisa in the above example suspected that Helen was using her car illegally but turned a blind eye, then Lisa could be required to forfeit their car:

Example: Lisa is roommates with Helen. Lisa overhears Helen telling a friend that she wants to take Lisa's car to steal from her ex-boyfriend's house. Lisa does not want to make trouble so she covers her ears, does not say anything, and hopes Helen was not being serious. Since Lisa has reason to know that Helen may be committing a felony using her car, Lisa is vulnerable to asset forfeiture of her car if Helen follows through with the burglary.

Lisa in the above example was "willfully blind" to Lisa's criminality. She had reason to know that Lisa was up to trouble, but she purposely buried her head in the sand. Nevada law specifically says that people who practice "willful blindness" may have their property forfeited even though they did not personally commit a crime.5

In some circumstances, police may seize assets without the magistrate issuing process first.

Police generally have to get a magistrate judge's permission before they may seize property that is subject to forfeiture. The judge will usually give permission -- called "process" -- to seize the property as long as:

However, there are exceptions where police may seize property without first getting process by the magistrate judge, including:

But whenever police seize property without first getting the magistrate's permission, the police have to file a "complaint for forfeiture" with the court right away.6

Asset forfeiture can be extremely complex, and the cases are both civil and criminal in nature. Fighting an asset forfeiture case usually requires substantial document review and motion practice.

And unlike criminal matters, prosecutors in asset forfeiture proceedings do not have to prove their case beyond a reasonable doubt. Instead, they just have to present "clear and convincing" evidence, which is a lower standard.7

People whose property has been seized under the guise of asset forfeiture should retain an attorney experienced in taking law enforcement to task. It may be possible to get seized property returned if the property owner's attorney can show that the police did not follow proper process and conducted an unlawful search and seizure.

If the government is seizing your belongings in Las Vegas or elsewhere in Nevada, it is imperative you retain counsel as soon as possible. Often there is a short time limit in which you can get the property back. Call our Las Vegas criminal defense lawyers at 702-DEFENSE (702-333-3673) for a free consultation.