After you are arrested for a crime, the police give you a date to appear in court to answer to the charges. This initial court hearing is called an "arraignment" in Las Vegas, Nevada criminal law.

It is very important you and/or your attorney show up to your Nevada arraignment. Ditching an arraignment will cause the judge to issue a Las Vegas bench warrant for your arrest.

Below our Las Vegas criminal defense attorneys explain what you need to know about arraignments in Nevada.

What is an arraignment in Las Vegas, NV?

An arraignment hearing is typically the first court appearance in the life of a criminal case. It is where charges are formally brought against you and where you enter an initial plea.

Do all arrests lead to an arraignment in Las Vegas, NV?

Most, but not all. After someone is arrested in Nevada pursuant to NRS 171.104, the D.A. conducts a pre-file investigation in Nevada to see if there is sufficient evidence to convict the arrestee of the crime. If prosecutors believe they have a weak case, charges will not be brought and the arraignment will be canceled. If prosecutors believe they have a strong case, the arraignment will go as planned.

Note that prosecutors frequently "join" related offenses and defendants into one case. Learn more about joinder in Nevada criminal cases.

What happens at an arraignment?

After the judge calls your case, you and/or your attorney appear in front of the judge. The judge then recites the charges against you and asks whether you plead guilty or not guilty.

In most cases, you will plead "not guilty" at a Las Vegas arraignment. This does not prevent you from later pleading guilty (or no contest) as part of a plea bargain. If you are in custody your lawyer may also ask the judge for you to be released on your own recognizance in Nevada or for a bail reduction in Nevada.

Once you plead "not guilty" the judge will then give you another court date. Depending on the case the next date will be for either a trial, pretrial, status check or preliminary hearing in Nevada. 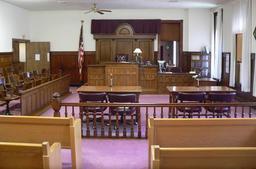 What happens after an arraignment?

Your lawyer will then ask the prosecutors for a copy of your "discovery." Discovery is the state's evidence in your case such as police reports, surveillance tapes and forensic test results.

Meanwhile, your attorney will try to negotiate a favorable plea bargain with the prosecutor. Most cases end in pleas where your charges are reduced or even dropped without a trial.

If the prosecutor will not agree to a fair plea bargain then your attorney should discuss with you the possibility of going to trial.

How soon do arraignments occur?

It depends on your case.

Some arraignments do not occur until weeks after you were originally cited, arrested or summoned. But if you are in custody and cannot bail out, your initial arraignment must be held within 3 court days of your arrest. Learn more about 48-hour hearings and 72-hour hearings in Nevada.

Do I need to be present in court?

Again, it depends on your particular case. 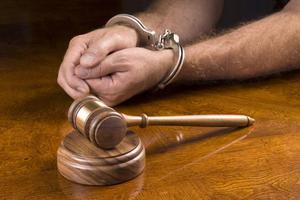 What if I miss my arraignment?

If neither you nor your lawyer shows up to your arraignment the consequences are very serious. The judge will issue a Las Vegas bench warrant for your arrest that could include hefty fines.

If you missed your arraignment it is important you retain counsel right away. Your attorney can file a motion with the court to "quash" your bench warrant within a few days.

Call our Las Vegas criminal defense attorneys at 702-DEFENSE (702-333-3673) to talk for free. We may be able to appear in court without you having to show up at all. And we may be able to get your charges reduced or dismissed so your record remains clean.