NRS 200.408 is a Nevada drug law that prohibits giving people certain drugs in order to commit a violent crime against them. Specifically, this statute states:

"A person who causes to be administered to another person any controlled substance without that person's knowledge and with the intent thereby to enable or assist himself or herself or any other person to commit a crime of violence against that person or the property of that person, is guilty[.]"

Violating NRS 200.408 is a category B felony in Nevada, carrying:

But prosecutors could agree to a Nevada plea bargain where the charge gets lessened or even dismissed altogether. Possible defenses include:

In this article, our Las Vegas criminal defense attorneys discuss the Nevada crime of administering controlled substances to aid in the commission of a violent crime under NRS 200.408. Click on a topic to jump to that section: 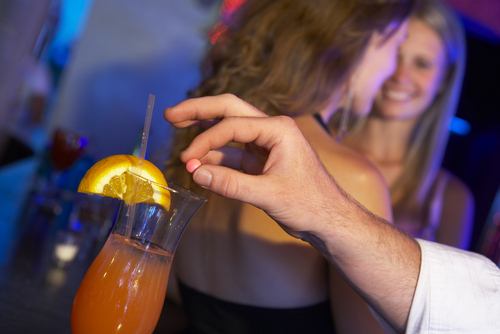 1. Legal definition of administering controlled substances to aid in the commission of a violent crime

NRS 200.408 is an extremely narrow crime that covers a specific set of circumstances. Specifically, NRS 200.408 makes it illegal in Nevada when the following three conditions are true:

An example of administering a controlled substance to aid the commission of a crime of violence is the following:

Example: John slips the "date rape drug" Rohypnol into Jane's drink. Once the drug takes effect, they have sex.

Here, John committed the Nevada crime of sexual assault (NRS 200.366) because Jane had no idea she was given a drug that would alter her ability to consent. Now look at another example:

Example: John puts an Ambien into Jane's drink, which he tells her is just a painkiller. Once the drug takes effect, John lets her ex-boyfriend Max into her apartment so he can smash her windows.

Here, it is irrelevant that Jane knew John put a drug in her drink. He lied about what kind of drug it was, so Jane was legally unaware of it.

It is also irrelevant that Max and not John vandalized the property. John gave Jane the Ambien to facilitate Max's crime of violence against her property; therefore, John is criminally liable under NRS 200.408. 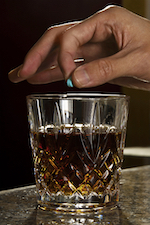 A common NRS 200.408 scenario is a person spiking another's drink with a "roofie" to commit "date rape."

Administering drugs in Nevada to aid in the commission of a crime of violence is a category B felony under NRS 200.408. The penalty is one to twenty (1 - 20) years in prison.2

In addition, defendants may face penalties for the underlying violent offense they committed and/or conspired to commit.

Every criminal case is different, and its unique facts determine which defense strategies would prove the most effective. Depending on the case, potential defenses to NRS 200.408 charges are:

3.1. The defendant had no intent to commit a crime of violence

NRS 200.408 charges are inappropriate if the defendant had no intention to commit a crime of violence.

Example: Jeb is a night security guard patrolling a private park in Las Vegas. While Jeb is turned away, Grant spikes his coffee with Ambien. Later while Jeb falls asleep on the job, Grant sneaks into the park for a midnight hike.

It is challenging for prosecutors to successfully prove what a defendant's intent is because state-of-mind is intangible. Therefore, the D.A. looks to "circumstantial" evidence such as text messages and eyewitness testimony.

3.2. The drugs were not controlled substances

If the defendant administered drugs that do not qualify as controlled substances, then NRS 200.408 charges are inapplicable.

Example: Jake slips a melatonin pill into his girlfriend Sally's drink at his Boulder City home. Then while Sally is asleep, Jack slaps her face because he is angry at her for cheating on him.

Even though slapping is violent, melatonin is not a controlled substance like Ambien or Lunesta. Therefore, the D.A. should not press NRS 200.408 charges against Jake. Instead, the D.A. would probably bring misdemeanor battery charges.

Even if Jake in the above example did give Sally a Lunesta, it could be difficult for the D.A. to prove that unless Sally submits to a blood test shortly after the incident. In many cases, the prosecutors simply have insufficient evidence to show controlled substances were involved.

For lists of common controlled substances, see our articles:

3.3. The person who took the drugs had knowledge of it

If a person legally consents to take a controlled substance, then the person who gave it to him/her should not face NRS 200.408 charges.

Example: Jenny gives her roommate Helen a brownie which Helen knows contains marijuana. Then while Helen is stoned, Jenny beats her up for always being late with rent. Since Helen was aware she was ingesting marijuana, Jenny should not be prosecuted for administering controlled substances to further a crime of violence.

In the above example, Jenny would instead face charges for battery.

4. Deportation for administering drugs to aid in the commission of a violent crime

It is probable that a Las Vegas immigration judge would consider NRS 200.408 violations to be crimes involving moral turpitude in Nevada. This means that an alien who gets convicted of violating NRS 200.408 may be deported once he/she finishes serving the sentence.

Prosecutors may be willing to reduce deportable criminal charges to non-deportable charges that will not jeopardize non-citizen defendants' resident status. But this is more likely when defendants have experienced private counsel fighting for them. Learn more about the criminal defense of immigrants in Nevada.

NRS 200.408 convictions are usually not sealable in Nevada.3 But if the charge gets dismissed so that there is no conviction, then the defendant can immediately ask the court to seal his/her arrest record.4

6.1. Administration of drugs to aid commission of a felony

As with NRS 200.408, the Nevada crime of administering drugs to aid in the commission of a felony (NRS 200.405) is a category B felony. However, the maximum prison sentence is 10 years rather than 20 years.

Like it sounds, the Nevada offense of drug possession (NRS 453.336) is when a person owns or possesses illegal drugs for their personal use. The sentence turn on the schedule of drug and the defendant's criminal history.

The Nevada crime of conspiracy (NRS 199.480) occurs when two or more people agree to commit a crime. It makes no difference if the crime never occurs. The punishment turns on the underlying offense that the defendant was conspiring to commit.

Charged with violating NRS 200.408 in Nevada? Phone our Las Vegas criminal defense attorneys at 702-DEFENSE (702-333-3673) for a FREE meeting. We are here to go over all your legal options and how we can serve you.

In many instances, we can negotiate a substantial charge reduction or dismissal with the D.A. But know that if you wish to go to trial, we are prepared to fight our hardest for a full acquittal.