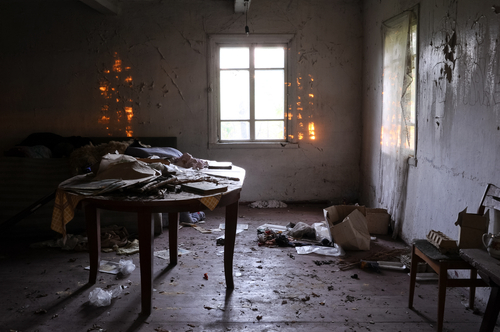 Unlawful occupancy is the crime of taking up residence in a vacant dwelling without the permission of the owner. It is commonly referred to as “squatting.”

In Nevada, squatting is prohibited by NRS 205.0817, Nevada's law against unlawful occupancy. It is commonly charged along with housebreaking (NRS 205.0813) or unlawful reentry (NRS 205.082), although forcible or unlawful entry is not required.

The definition of "squatting" under Nevada law

A person who takes up residence in an uninhabited or vacant dwelling and knows or has reason to believe that such residency is without permission of the owner of the dwelling or an authorized representative of the owner is guilty of unlawful occupancy.

Penalties for squatting in Nevada

Unlawful occupancy is a Nevada gross misdemeanor. Nevada squatters can be punished by:

If, however, it is your fourth or subsequent unlawful occupancy conviction, you are guilty of a Nevada category D felony. Penalties for squatting with priors can include:

The best defense to Nevada unlawful occupancy depends on the facts of your case. But common defenses to squatting often include:

Arrested for squatting in Las Vegas or Reno? Call us for help…

If you or someone you know has been charged with Nevada squatting, housebreaking, unlawful re-entry, or burglary, we invite you to contact us for a free consultation.

Our caring Las Vegas, Nevada criminal defense lawyers know that there are many reasons why people are accused of squatting in Las Vegas or Reno.