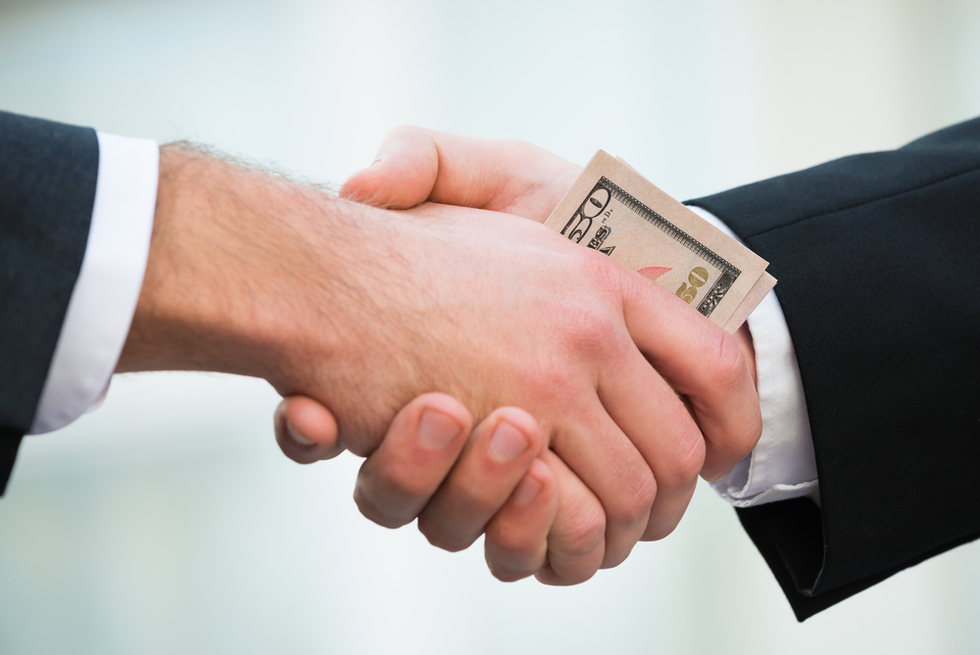 Anti-Bribery and Accounting Under the Federal Corrupt Practices Act

The Foreign Corrupt Practices Act ("FCPA") prescribes how U.S. individuals, U.S. entities, and certain foreign companies who do business with the U.S. must keep their books and records and deal with foreign government officials and agents.

The FCPA is a complicated law that can subject individuals and companies to stiff civil fines and criminal penalties (including prison) for violations.

To help you better understand the FCPA and its penalties, our Las Vegas, Nevada-based FCPA defense lawyers discuss the following, below: 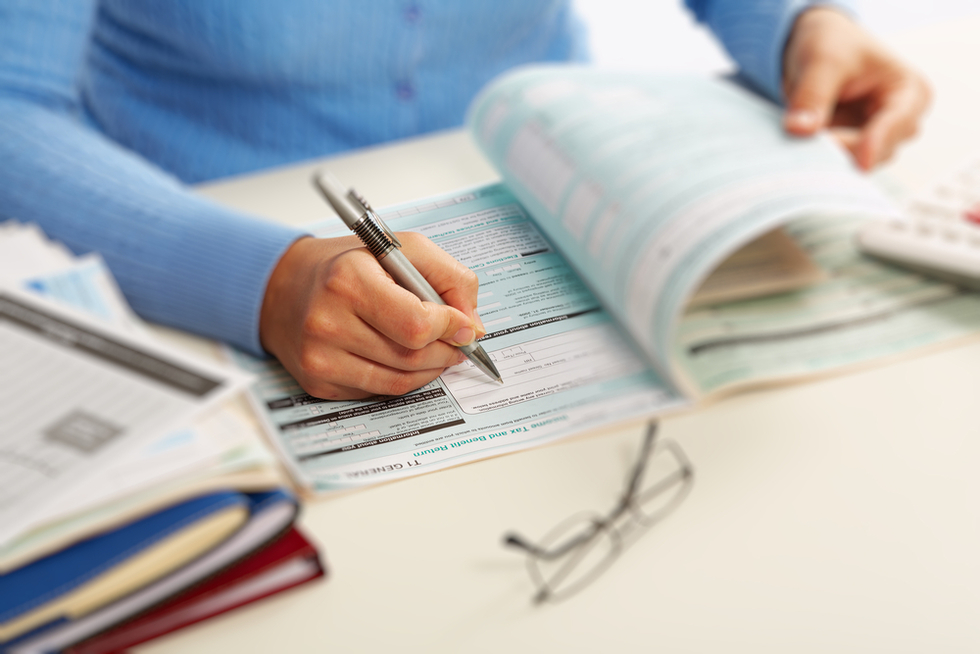 1. What is the Foreign Corrupt Practices Act?

The Foreign Corrupt Practices Act -- known as the "FCPA" for short -- is set forth in 15 U.S.C. 78dd-1 and subsequent sections.

The two main provisions of the FCPA consist of:

The anti-bribery section of the FCPA makes it unlawful to offer, pay, promise, or authorize payment of money or anything of value to any foreign official, foreign political party, or candidate for public office, if such payment is intended to influence any act or decision in order to assist in obtaining or retaining business.

The FCPA's accounting provisions (also known as the “books and records” provision) require those who do business in other countries to maintain accurate books and records and have a system of internal controls to provide reasonable assurances that transactions are conducted with the authorization of management. They are intended to prevent mischaracterization or falsification of bribes in official accounting records.

2. Who does the FCPA apply to?

The FCPA applies to prohibited conduct anywhere in the world and extends to publicly traded companies and their officers, directors, employees, stockholders, and agents. Agents can include third-party agents, consultants, distributors, joint-venture partners, and others.

Thus any individual residing or working in Nevada or any company doing business in, or facilitating corrupt payments within, the state of Nevada can be charged with a violation of the FCPA.

If you are charged with a

3. How is the FCPA enforced in Nevada?

The SEC and the U.S. Department of Justice (“DOJ”) are jointly responsible for enforcing the FCPA.

The SEC brings civil enforcement actions against securities issuers and their officers, directors, employees, and agents.

The DOJ criminally prosecutes issuers and their officers, directors, employees, agents, and domestic concerns, as well as foreign persons and entities acting within the U.S. It also has civil anti-bribery enforcement authority over people and entities subject to the FCPA's anti-bribery provisions.

Other law enforcement divisions may also become involved if actions violate other federal securities and criminal laws in addition to the FCPA. Crimes commonly charged in Nevada along with Foreign Corrupt Practices Act violations include money laundering and wire fraud.

4. Exception to the FCPA's anti-bribery provisions

The FCPA contains a narrow exception that allows for payments to low-level officials who otherwise refuse to do their non-discretionary jobs (such as stamping a properly issued document).
Specifically, it allows for “payments made to secure the performance of a routine governmental action by a foreign official, political party, or party official.”

A “routine governmental action” is one which is ordinarily and commonly performed by a foreign official in:

(i) obtaining permits, licenses, or other official documents to qualify a person to do business in a foreign country;
(ii) processing governmental papers, such as visas and work orders;
(iii) providing police protection, mail pick-up and delivery, or scheduling inspections associated with contract performance or inspections related to transit of goods across country;
(iv) providing phone service, power and water supply, loading and unloading cargo, or protecting perishable products or commodities from deterioration; or
(v) actions of a similar nature.

Per the 2012 Resource Guide issued jointly by DOJ and SEC, a "facilitating payment" is one that can result only in a non-discretionary action – that is, a truly “routine” government action, such as stamping a visa.

If the official has the discretion not to perform the action, it does not fall within the exception.

Example: Arthur is the location manager for a Las Vegas-based production company shooting a project in a country that does not prohibit payments to low-level government officials. In order to shoot at a particular location, the crew needs a permit approved by the government.

After obtaining permission to film at the location, the clerk whose job it is to stamp the papers refuses to do it in a timely fashion unless Arthur pays the equivalent of $50 in local currency. This payment most likely falls within the exception, because it is not within the clerk's discretion to refuse to stamp the papers.

But... if the clerk had the discretion to refuse to stamp the papers because the crew had not complied with local regulations, and the clerk had offered to overlook the lack of compliance if he were paid, the payment would run afoul of the FCPA's anti-bribery provisions.

Note that even if a payment is otherwise legal, if it is not properly recorded in the production company's books, it may run afoul of the accounting provisions of the FCPA. Yet recording such a payment can prove problematic when it is made in cash and no receipt is given.

Additionally, if the other country's anti-corruption laws prohibit such a payment, proper recording can create the risk of its discovery. Such contractions can make it difficult to do business in countries in which the greasing of palms of low-level government employees has long been customary.

The Department of Justice has a procedure for submitting questions regarding whether hypothetical practices comply with the FCPA. You can learn more about it by reading the DOJ's Foreign Corrupt Practices Act Opinion Procedure.

You may also wish to consult first with an FCPA attorney in Nevada.

5. Defenses under the FCPA

It is an affirmative defense under the Foreign Corrupt Practices Act that:

To make use of the first defense, the law or regulation being relied upon must have been in writing at the time of the conduct. Local practice, custom, or other unwritten policies are not sufficient for this affirmative defense.

To make use of the second affirmative defense, you must usually show that your business had internal controls and compliance procedures in place to ensure that such expenses were “reasonable” and “bona fide” and were properly approved and documented in the business' books and records.

In addition to these very specific affirmative defenses, you may have one or more of these common defenses to federal white collar crimes:

6. Penalties for violating the FCPA

6.1. Penalties for individuals who violate the FCPA

Individuals who violate the anti-bribery provisions of the FCPA face penalties of:

Individuals who violate the FCPA's accounting provisions face consequences that can include:

Companies that have violated the FCPA face consequences of:

Companies that violate the FCPA may also be subject to oversight by an independent compliance monitor. For criminal violations, they may be subject to suspension and debarment actions, which can limit their opportunities to do business with the U.S. government.

If you or your company has been accused of violating the criminal provisions of the Federal Corrupt Practices Act in Nevada, we invite you to contact us for help.

Our Las Vegas, Nevada criminal defense lawyers defend clients throughout the state of Nevada who get charged with FCPA violations, fraud, bribery, money laundering and other federal and state white collar crimes.

We can help you plan the best defense to your FCPA charges and fight to get you the best plea deal possible or even a dismissal of your case. And if your case goes to trial, we will fight aggressively to argue your side of the story to the judge and jury.

For a free consultation with one of our Reno or Las Vegas, Nevada white collar crime lawyers, call us at 702-DEFENSE (702-333-3673) or complete the form on this page.

We will get back to you promptly to set up a time for you to discuss your case with one of our experienced federal criminal lawyers either in-person or over the phone.

To learn how to fight charges under the Federal Corrupt Practices Act in California, please visit our page on federal crimes in California.