Nevada juvenile law prohibits children under 18 from maliciously e-distributing images or videos of another child being bullied. This law is meant to deter and punish cyberbullying among minors.

Note that a minor's juvenile record is sealed automatically on his/her 21st birthday. And it may be possible for the minor to seal the Nevada juvenile record even earlier.

Continue reading to learn more about the Nevada crime of bullying by use of electronic communication devices. Our Las Vegas criminal defense attorneys discuss the legal definition, defense strategies, and possible punishments. 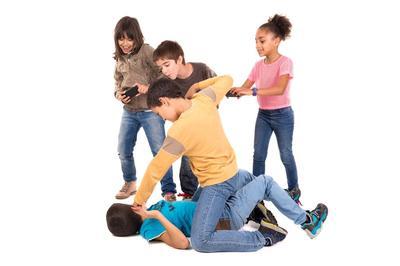 It is a juvenile offense in Nevada to electronically send bullying images with intent to cause further harm to the victim.

The Nevada public school system holds itself out as bully-free zones. Bullying is defined as a willful and unlawful physical, verbal, or written act(s) towards another person that is highly offensive and either: 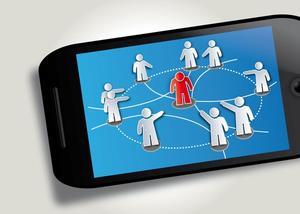 The internet allows isolated acts of bullying to be shared with limitless people and further traumatize the victim.

Schools deal with accused bullies through administrative procedures that may result in suspension or expulsion. But if the bullying is serious enough, kids also face juvenile or even criminal charges such as:

To help combat cyber-bullying, the Nevada Legislature recently passed a new juvenile law: It does not concern just the act of bullying but rather the electronic dissemination of images of the act of bullying. Specifically, NRS 200.900 prohibits kids under eighteen (18) from using phones, computers, or any other electronic device to knowingly and willfully send photographs or videos that depict another minor child getting bullied...but note this behavior is only unlawful if the sender has the intent to encourage bullying and to cause more harm to the victim.1

NRS 200.900 recognizes that the internet makes it possible for kids to exacerbate a past act of bullying by spreading disturbing images of it instantly and to an unlimited number of recipients. Henderson criminal defense attorney Michael Becker gives an example of this juvenile crime:

Example: Jonah is in middle school and sends several bullying texts to April, a disabled girl in his class. Jonah then takes a screenshot of these texts and emails it to his friends to show what a big-shot he is and to encourage them to terrorize April as well. If caught, Jonah could be subject to juvenile proceedings for violating NRS 200.900 by intentionally emailing bullying images with the intent to further harm April. He may also face disciplinary proceedings for the original bullying texts he sent April.

Note that NRS 200.900 cases are litigated in juvenile court, which is different and less serious than criminal court. But there are important similarities to criminal court: Juvenile defendants are entitled to defense attorneys and hearings to contest the juvenile charges.

NRS 200.900 is a very new law, which allows defense attorneys to be especially creative when crafting a defense. Four possible ways to fight juvenile charges of distributing bullying images online include the following:

A child should not be liable for NRS 200.900 if he/she intended no harm to the victim.

Example: Geoff was in the schoolyard during lunch when he saw Biff threatening to beat up Arnold and calling him names. The principal witnessed Geoff recording the bullying on his iPhone and then posting it to Facebook. Geoff was charged in Clark County Juvenile Court with violating NRS 200.900, but his defense attorney explained to the judge that he posted it to Facebook for the purpose of shaming Biff, not endangering Arnold. If the judge buys Geoff's argument that he had no intent to cause further harm to Arnold, the judge should throw out the case.

Note that it is not a defense if the victim sustained no harm from the electronic transmission or distribution of the bullying image/video. Merely sending the image with malicious intent is prohibited regardless of the outcome.

The punishment for violating NRS 200.900 becomes more serious with each successive violation: 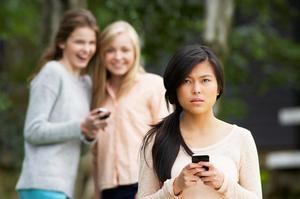 A second-time violation of NRS 200.900 carries a delinquency finding and possible detention time in a Nevada juvenile hall.

For a second or successive violation, the juvenile court will adjudicate the child "delinquent." In addition to fines, community service, classes, and driver's license suspension, the judge may also punish the child with up to 6 months in juvenile hall.

Note that juvenile defendants accused of bullying crimes face disciplinary actions from their schools, which may include suspension or even expulsion.

Also, note that children may petition juvenile courts to seal their juvenile records three (3) years after they were adjudicated delinquent.2 Either way, most Nevada juvenile records are sealed automatically when the child turns 21.3

Accused of bullying? Call an attorney...

If your child is facing "bullying" allegations in Nevada, call our Las Vegas criminal defense attorneys for a FREE consultation at 702-DEFENSE (702-333-3673). We may be able to get the matter dismissed while keeping your child's juvenile record clean.

And if your child was accused of sending or possessing sexual images of another teen, you may wish to see our article on Nevada's teen sexting law.

2. A minor who violates subsection 1:

(a) For the first violation, is a child in need of supervision, as that term is used in title 5 of NRS, and is not a delinquent child; and

(b) For the second or a subsequent violation, commits a delinquent act, and the court may order the detention of the minor in the same manner as if the minor had committed an act that would have been a misdemeanor if committed by an adult.

3. For the purposes of this section, to determine whether a person who is depicted in an image of bullying is a minor, the court may:

(a) Inspect the person in question;

(c) Consider the opinion of a witness to the image regarding the person's age;

(d) Consider the opinion of a medical expert who viewed the image; or

(e) Use any other method authorized by the rules of evidence at common law.

4. As used in this section:

(a) “Bullying” means a willful act which is written, verbal or physical, or a course of conduct on the part of one or more persons which is not otherwise authorized by law and which exposes a person one time or repeatedly and over time to one or more negative actions which is highly offensive to a reasonable person and:

(1) Is intended to cause or actually causes the person to suffer harm or serious emotional distress;

(3) Places the person in reasonable fear of harm or serious emotional distress; or

(4) Creates an environment which is hostile to a pupil by interfering with the education of the pupil.

(b) “Electronic communication device” means any electronic device that is capable of transmitting or distributing an image of bullying, including, without limitation, a cellular telephone, personal digital assistant, computer, computer network and computer system.

(c) “Image of bullying” means any visual depiction, including, without limitation, any photograph or video, of a minor bullying another minor.

2NRS 62H.130 Procedure for sealing records of child who is less than 21 years of age.

1. If a child is less than 21 years of age, the child or a probation officer on behalf of the child may petition the juvenile court for an order sealing all records relating to the child. The petition may be filed not earlier than 3 years after the child:

(b) Was last referred to the juvenile court,

3. The district attorney and the chief probation officer, or any of their deputies, or any other person who has evidence that is relevant to consideration of the petition may testify at the hearing on the petition.

(a) During the applicable 3-year period, the child has not been convicted of a felony or of any misdemeanor involving moral turpitude; and

(b) The child has been rehabilitated to the satisfaction of the juvenile court.