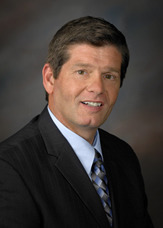 As a police officer, Mr. Scafiddi investigated a wide range of criminal cases from false 236 PC false imprisonment DUI to 148 PC resisting arrest to 261 PC Rape to robbery to carjacking. He gained a reputation as a straightforward and honest yet relentless crime-solver.

Now as a San Bernardino criminal defense lawyer, Mr. Scafiddi brings the same tenacity and street-smarts to the task of assisting clients charged with crimes. Knowing how the police put together criminal cases, he is better able to devise strategies to fight the cases.

Criminal defense lawyer Scafiddi also enjoys a great rapport with people throughout the court system. He is on a first-name basis with many of the judges, prosecutors, probation officers, and police detectives throughout San Bernardino and Riverside Counties.

Past Program Coordinator for the delinquency program at the University California Riverside, extension program, Department of Law and Public Policy.

Past Member Consumer Attorneys of California