185 PC states that “it shall be unlawful for any person to wear any mask, false whiskers, or any personal disguise (whether complete or partial) for the purpose of [either] evading… in the commission of any public offense, [or] Concealment, flight, or escape, when charged with, arrested for, or convicted of, any public offense.”

Several defense strategies are common with this charge. Some defenses include the accused showing that:

A violation of this law is a misdemeanor. This is opposed to a California felony or an infraction. 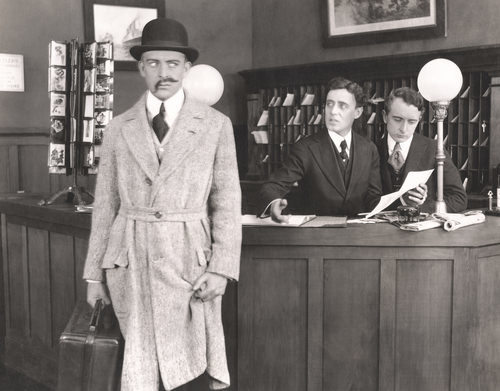 Penal Code 185 PC makes it a crime for a person to wear a mask/disguise to evade police after committing a crime.

1. Is it a crime to wear a mask to avoid apprehension?

Example: Carrie shoplifts an expensive scarf while shopping at a department store, a crime per Penal Code 459.5. She suspects the store has security cameras that may have recorded her. So, hoping to evade police after leaving the store, she puts on a wig and dark sunglasses that had in a backpack.

Here, Carrie used a disguise to try and evade police after committing a crime. She is guilty under PC 185.

Note that “false whiskers” refer to things like a:

A person is only guilty of this offense if he/she acted with:

This means it is a valid defense for an accused to say that he did not have this intent. Perhaps, for example, the defendant wore a mask for fun because it was Halloween.

A person only commits this crime if he/she committed some other underlying offense. A defense, therefore, is for a defendant to say there was no other crime.

Example: Police find Nia sneaking around her neighborhood wearing a mask. It is neither Halloween, nor, are there any other people with masks or disguises. The cops, though, arrest her and charge her under Penal Code 185.

Here, Nia is not guilty under the statute. She was not wearing the mask to evade police after the commission of any crime. There is no guilt because Nia did not commit an underlying offense.

Recall that an accused is only guilty under this statute if he wore:

PC 185 specifically uses this language. Therefore, a defendant can show his innocence by saying that he did not have one of these objects.

Perhaps, for example, an accused tried to:

These are both attempts to evade or escape without a mask or disguise.

A judge will grant expungement if a convicted party successfully completes:

There are three crimes related to wearing a mask or disguise to evade police. These are:

Penal Code 148 PC is the California statute that defines the crime of resisting arrest. This section makes it a crime for a person to:

Penal Code 211 PC is the California statute that defines the crime of robbery. This section makes it a crime for a person to:

Robbery is always a felony in California.