Is punching someone a felony? 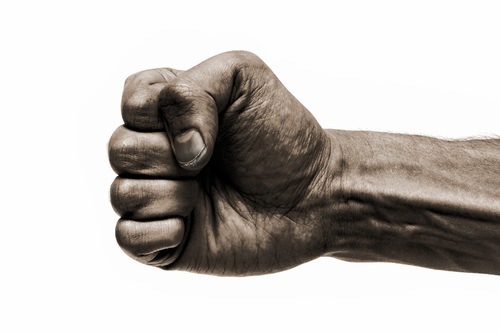 Punching a person is a battery under California law (per Penal Code 242) and it could be charged as a felony if the defendant:

In both of the above scenarios, the battery is charged as a wobbler offense, which means the crime gets charged as either a misdemeanor or a felony at the prosecutor's discretion.

Please note that a “simple battery” under California criminal law is defined as:

Also note that a person accused of battery can raise a legal defense to try and challenge the accusation. Two common defenses include that the defendant:

What is simple battery under Penal Code 242?

The legal definition of “simple battery” in California is as follows:

Note that a “touching” means that a defendant makes some type of physical contact with another person. It is not necessary that an injury results from the contact. In fact, the slightest touching can be a battery.

“Harmful or offensive” means a touching that is

Simple battery is charged as a misdemeanor. The crime is punishable by:

What is battery on a peace officer under Penal Codes 243b and 243c2?

One of the ways in which battery can be charged as a felony is if it was committed on a peace officer or similar public servant, per PC 243b and 243c2.

The specific classes of people protected by the crime of “battery on a peace officer” are people in the following occupations, engaged in the performance of their duties:

A violation of these statutes is a wobbler, meaning that it can be charged as either a misdemeanor or a felony.

If charged as a misdemeanor, the offense is punishable by imprisonment in the county jail for up to one year.

If charged as a felony, the crime is punishable by imprisonment in the California state prison for:

The second way (of two ways) in which battery can be charged as a felony is if a defendant commits a battery on a person and he causes a serious injury in doing so. Per PC 242d, this offense is known as battery causing great bodily injury, or “aggravated battery.”

Aggravated battery is a wobbler under California law, which means it may be charged as either a misdemeanor or a felony.

The maximum misdemeanor sentence for this offense is up to one year in county jail.

If the crime is charged as a California felony, battery causing serious bodily injury can lead to imprisonment in the State prison for:

Are there legal defenses to battery charges?

A person accused of battery in California can raise a legal defense to try and challenge the accusation. A good legal defense can work to reduce or even dismiss a charge.

Two common legal defenses to a battery charge include:

Note that with regards to a defense involving self-defense, it can work provided that:

As to a defense of not acting willfully, it might be the case that a defendant committed a harmful touching on accident.

What is the difference between assault and battery?

California assault and California battery are, in reality, completely different offenses. The difference is that:

An assault doesn't necessarily involve any actual physical contact, whereas a battery does. Put another way, an assault is like an “attempted battery,” and a battery is like a “completed assault.”