Is it double jeopardy to charge someone in state and federal court? 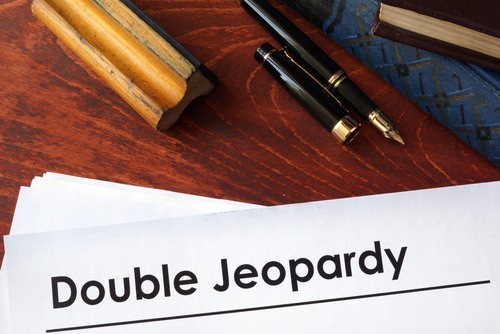 The Double Jeopardy Clause, as guaranteed by the Fifth Amendment to the U.S. Constitution, says that a person cannot be prosecuted twice for the same offense. But jeopardy only attaches, or applies, to prosecutions of the same criminal acts by the same sovereign, or governments.

What is double jeopardy?

The Double Jeopardy Clause has been written into the Fifth Amendment of the U.S. Constitution. The clause guarantees that there will be:

The Double Jeopardy Clause has also been adopted into California state law through California Penal Code 687.

It is a deeply entrenched concept of criminal law that a State should not be allowed to make repeated attempts to convict a person for an alleged offense. The government possesses immense powers and resources. Repeated attempts at a criminal conviction subjects a person to undue embarrassment and expense. It also increases the chances that an innocent person may be found guilty.

What is the dual sovereignty doctrine?

So, for example, Officers of the Los Angeles Police Department, were tried and found not guilty of assault on Rodney King in Ventura County Superior Court in 1991.

Some of those same officers, though, were later charged and convicted in federal court for violating Rodney King's civil rights.

The federal charges and convictions arose out of the same incident as the previous state case in Ventura County Superior Court. However, because the state of California and the federal government are separate sovereigns, double jeopardy did not bar the prosecution of those officers in federal court.

What if a person was already prosecuted by a state or the federal government?

Are there other situations where double jeopardy does not apply?

There are some situations where double jeopardy does not apply. The most common include: