601a waivers are available to immediate family members of U.S. citizens and lawful permanent residents (“LPR” or “green card” holders). They are also available to other individuals who are statutorily eligible for an immigrant visa -- such as Diversity Visa (DV) selectees and their families.

Why are 601a waivers necessary?

A provisional unlawful presence waiver allows the U.S. Citizenship and Immigration Services (USCIS) to waive these time periods for applicants who are otherwise eligible to become lawful immigrants to the United States.

Does a 601a applicant have to leave the country?

Since March 2013, people have been able to apply for 601a waiver without having to leave the country. This is why these waivers are also known as “stateside” waivers.

If the waiver is approved, the immigrant will still have to leave the country and go through the visa process, including an interview at a U.S. embassy or consulate. But it will be much less time away.

Note that people who entered the U.S. unlawfully but are family members of people serving in the U.S. military may be able to avoid leaving the country by obtaining "parole in place." 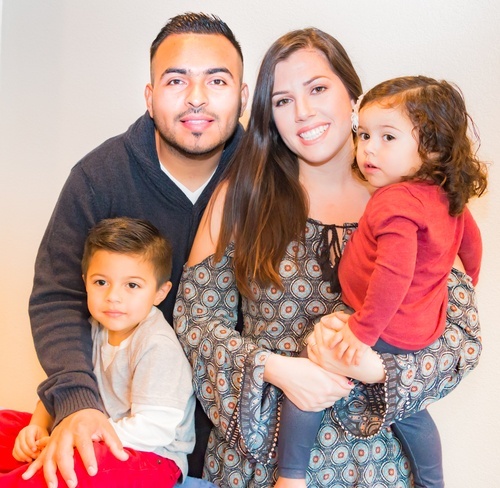 1. Who can apply for a provisional unlawful presence waiver?

Provisional unlawful presence waivers are available to all individuals who are otherwise eligible for a green card but are not eligible for an adjustment of status. These include spouses, children and parents of U.S. citizens or lawful permanent residents (green card holders).

Other people who can apply for a 601 a waiver include employment-based immigrants and Diversity Immigrant Visa Program (DV Program) selectees and their immediate family members.

Such individuals can apply for provisional unlawful presence waivers before they leave the United States for their consular interview.

Individuals who do not wish to seek or do not qualify for a provisional unlawful presence waiver can still file a Form I-601, Application for Waiver of Grounds of Inadmissibility, after a U.S. Department of State (DOS) consular officer determines that they are inadmissible to the United States.

Aliens seeking a provisional unlawful presence waiver must fulfill ALL of the following conditions:

An alien who meets the eligibility requirements set forth above is nevertheless ineligible if:

However, an alien who has been placed under a final order of removal, exclusion, or deportation can seek a provisional unlawful presence waiver if:

4. How is unlawful presence calculated?

The amount of time an alien has been unlawfully present in the U.S. is the aggregate period(s) during which he or she is in the U.S. after the expiration of the period of authorized stay, if any.

However, the following time periods do not count for the purpose of calculating unlawful presence:

There are additional exceptions for:

The current filing fee for a provisional unlawful presence waiver is $630.

In addition, immigrants under than age 79 must also pay $85 for biometric services (such as fingerprinting).

Immigrants do not need an attorney in order to apply for a 601(a) waiver. However, an attorney can be quite helpful in making the necessary showing of extreme hardship (discussed below).

Note that if you do hire an attorney to help you with your application, any lawyer fees will be in addition to the filing fee and biometrics fee.

6. How do I apply for a provisional unlawful presence waiver?

The first step for family members of U.S. citizens and LPRs who wish to immigrate to the U.S. is to file a family-based visa petition (Form I-130) or Petition for Amerasian, Widow(er), or Special Immigrant (Form I-360).

Once that petition has been approved by USCIS, the applicant should notify the National Visa Center (NVC) at [email protected] and ask them to hold off on further processing while he or she submits a provisional waiver application to USCIS.

The applicant should then submit to the USCIS the following:

If the USCIS approves the 601(a) waiver application, the applicant can leave schedule the consular interview and leave the country.

7. How do I establish extreme hardship to a family member?

The decision as to whether an immigrant's spouse (or parent) would suffer extreme hardship is entirely within the discretion of the USCIS officer handling the application.

Factors the officer will take into account can include:

Not all of these issues must be present and there may be other factors that create hardship in a given case.

The USCIS must consider all relevant factors. And even if no single factor rises to the level of “extreme hardship,” the effect of all the factors when taken together may be enough.

8. What can I do if the USCIS denies my application?

Immigrants are unable to appeal a denial of their application for a provisional unlawful presence waiver.

However, applicants are allowed to try again before the consular case has been closed.

It is highly recommended that immigrants in this position retain an experienced California immigration attorney to make sure they do not lose their ability to get their unlawful presence waived.

9. When do I need to leave the country?

But in 2013, the U.S. Department of Homeland Security implemented the “stateside” 601a application process. Now people can apply for a provisional unlawful presence waiver while they are still in the U.S.

The provisional waiver process does not change the immigrant visa process. An alien is still required to depart the United States to process his or her immigrant visa at a U.S. Embassy or U.S. Consulate abroad.

However, it is not necessary to leave the country until the application is approved.

Once the provisional unlawful presence waiver is approved, it will only take effect after:

Note that the DOS may cancel the immigrant visa application if the immigrant fails to appear for his or her interview at the U.S. Embassy or Consulate.

10. Can I be deported while my 601a application is pending?

USCIS does not currently envision placing I-601A applicants in removal proceedings. But the service will follow the current Department of Homeland Security (DHS) priorities, which are subject to change.

Yes, subject to the regular process (including the consular interview out of the country). Approval of a provisional unlawful presence waiver does not make an immigrant eligible for adjustment of status totally within in the United States.

In the U.S. unlawfully? Call us for help…

If you or a family member is in the United States unlawfully, we invite you to contact us for a free consultation with a lawyer.

Our caring Los Angeles, California immigration attorneys are experienced in the many ways of obtaining the ability to live and work in the United States.

To schedule your consultation, call us at (855) LAWFIRM or complete the form on this page. A lawyer will get back to you quickly to discuss your case and the relief to which you may be entitled.