There are four general circumstances in which an alien can request a 212h waiver:

To help you better understand 212h waivers, our California immigration lawyers discuss the following, below:

Under INA 212h the United States Attorney General has the discretion to waive certain crimes. They are:

It is important to keep in mind that 212h waivers are discretionary. This means that even if an alien qualifies for relief, it will not necessarily be granted.

A 212h waiver will be denied if the Attorney General determines that admission of the alien to the U.S. would be contrary to national welfare, safety or security.

Additionally, if the conviction was for a “dangerous or violent” offense (discussed below), the applicant must meet an extraordinarily high standard in order to be granted 212h relief.

Finally, notwithstanding other eligibility, an alien is will find it difficult to receive a 212h waiver if the alien has been convicted of (or admitted committing acts that constitute):

These are discussed in more detail below.

3. Can 212h be used to waive an aggravated felony conviction?

Yes, with certain conditions, someone convicted of an aggravated felony can apply for a “stand-alone” 212h waiver.

Aggravated felonies consisting of theft, fraud, counterfeiting, or other white collar crimes are the most typical ones in which a stand-alone 212h waiver is granted.

For example: A 212h waiver is obtainable if someone:

4. What if I was admitted as an LPR at the border?

Immigrants who were admitted to the U.S. as green card holders (as opposed to adjusting their status within the U.S.) and then deported have a slightly different set of eligibility requirements for a 212h waiver.

These residents must have resided lawfully in the U.S. continuously for at least 7 years before they were deported.

Importantly, this 7 year period does not stop running when the immigrant is arrested or found guilty of the underlying crime.

As long as the alien lived in the U.S. continuously for 7 years before his/her order of deportation became final, he/she is eligible for 212h relief.

For instance, a former permanent resident who was deported because of an aggravated felony conviction may be able to seek a 212(h) waiver to reunite with his or her family in the U.S. if he/she meets the qualifications.11 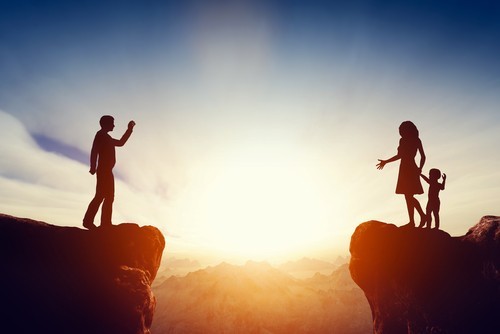 The § 212(h) waiver is most commonly use to waive inadmissibility in conjunction with:

It also can be used as a defense in removal proceedings to refute charges that:

6. What if my conviction was for a dangerous or violent felony?

Federal regulations provide that the Attorney General will not favorably exercise discretion in cases involving violent or dangerous crimes, except in extraordinary circumstances.

Note that this standard is more difficult to meet than the “extreme hardship” test to family members applicable under other sections of the INA.

Supporting documents will maximize your chances of getting a 212h waiver approved. Such documents can include (but are not limited to):

8. Can I appeal if my application is denied?

Normally, no. Courts do not have jurisdiction to review the Attorney General's discretion to grant or deny a 212h waiver.

However, an alien may be able to challenge his or her denial if a significant right was denied or there was a clear error of law or fact.

Deported or declared inadmissible? Call us for help…

If you or someone you know is at risk of removal from, or inadmissibility to, the United States we invite you to contact us for a free consultation.

Our caring California immigration attorneys have many ways to keep good people in the U.S. – from asylum and cancellation of removal to various types of waivers.

To schedule your free consultation with a lawyer, call us at (855) LAWFIRM or submit the form on this page.

Don't jump to the conclusion that you can't become a U.S. resident just because you were convicted of a crime. You might be surprised at how many ways there are to remain in the U.S.