Under Penal Code 245.6 PC, California law makes it a crime to engage in certain forms of hazing. Specifically, hazing is illegal if it is a method of initiative or preinitiation into a student-based organization, which is likely to cause serious bodily injury to a student.

245.6 states that “hazing means any method of initiation or preinitiation into a student organization or student body…which is likely to cause serious bodily injury to any former, current, or prospective student of any school, community college, college, university, or other educational institution in this state.”

Luckily, there are several legal defenses that a defendant can raise if accused of a crime under Penal Code 245.6. These include showing that the defendant:

A violation of PC 245.6 may result in both criminal and civil penalties.

Criminal penalties can include:

Civil penalties mean that the hazing “victim” can bring a civil lawsuit against the hazing parties to recover damages. 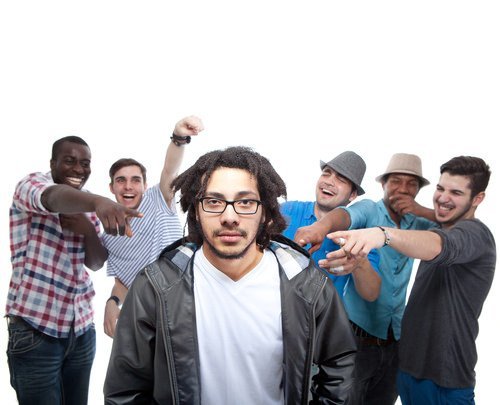 "Hazing"-the practice of making new members of a fraternity, sports team, or other social club or group go through difficult and sometimes humiliating tests

1. When does hazing become a crime in California?

Penal Code 245.6 PC is the California statute that makes it a crime for a person to engage in hazing.1

“Hazing” is defined as a method of initiative or preinitiation into a student-based organization, which is likely to cause serious bodily injury to a student.2

A "serious bodily injury" means an impairment to a physical condition. Examples include (but are not limited to):

Please note that the “students” covered in PC 245.6 include:

Also note that this statute applies to students in any:

A person accused under this statute can challenge the accusation by raising a legal defense. A good defense can often get a charge reduced or even dismissed.

The language in Penal Code 245.6 includes a very specific definition of “hazing.” This means it is always a solid legal defense for a defendant to show that, while he performed some act in relation to a student, that act did not amount to “hazing.”

Thus, it is a valid defense for a defendant to say that a party falsely accused him of violating Penal Code 245.6.

If a person was stopped or arrested for hazing and there was no probable cause, then any evidence obtained following the improper stop/arrest could get excluded from the case. This exclusion could result in the dismissal or reduction in charges.

3. What happens if a person is convicted?

A violation of Penal Code 245.6 may result in both:

A violation of California hazing law that does not result in serious bodily injury is charged as a misdemeanor. The crime is punishable by:

A violation of the statute that does result in death or serious bodily injury is a wobbler offense. This means that it can be charged as either a misdemeanor or a felony, at the prosecutor's discretion.7

If charged as a misdemeanor, the offense is punishable by the above-listed penalties.

3.2. What are the civil penalties for hazing?

If hazing occurs, the person against whom the hazing was directed may file a civil lawsuit for any injury or damages.9

Note that the lawsuit can be brought against:

4. What crimes are similar to hazing?

There are three crimes related to hazing. These are:

Penal Code 240 PC is the California statute that makes assault a crime.

Per PC 240, a “simple assault” is an attempt to commit a violent injury on someone else.11

A prosecutor must prove four things to successfully convict a defendant of this crime. These are that:

A violation of this statute is charged as a misdemeanor. The crime is punishable by:

Penal Code 242 PC is the California statute that makes battery a crime.

Per PC 242, a “simple battery” consists of any willful and unlawful use of force or violence on someone else.13

A violation of PC 242 is charged as a misdemeanor in California. The penalties may include:

Please note that there are a few exceptions to this general rule. And, they are specifically listed in the language of BPC 25608.

Some exceptions where alcohol is allowed at a school include:

A violation of BPC 25608 is charged as a misdemeanor.17 The crime is punishable by:

Were you accused of hazing in California? Call us for help…

If you or someone you know has been accused of a crime under Penal Code 245.6 PC, we invite you to contact us for a free consultation. We can be reached 24/7 at 855-LawFirm.

For information on Nevada's hazing laws, please see our article on NRS 200.605 - "Hazing" laws in Nevada.