Does Nevada Have the Death Penalty? 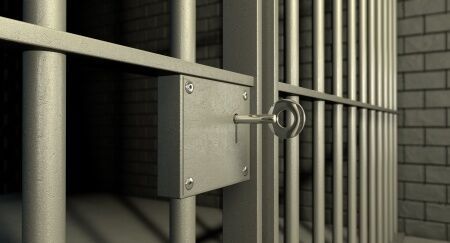 If you are convicted of first-degree murder in Nevada, you face the possibility of the death penalty. Nevada is one of 31 states (as of 2015) that allow the imposition of capital punishment, and uses lethal injection as its sole method of execution.

Death Sentences Are More Likely to be Imposed Than Carried Out

The death penalty was reinstated in Nevada in 1977. Since that time:

80 men are currently sitting on Nevada's death row. The journey from the imposition of a death sentence to an actual execution is a long and often unending one (16 men have died on Nevada's death row since 1977). Appeals and other legal efforts to fight the sentence, and, as is currently the case, the lack of a facility to carry out executions in the state, means that while a death sentence is a very real possibility for someone convicted of first-degree murder, actually being executed is not.

First-degree murder is the only offense that carries the possibility of a death sentence in Nevada, though it is up to a jury to determine whether the death penalty will be imposed in a specific case. If the jury cannot reach a unanimous conclusion to apply the death penalty, it will not be imposed.

“Aggravating Circumstances” Need to Be Present for a Nevada Death Sentence

Even if a defendant is convicted of first-degree murder (or pleads guilty), a death sentence will only be considered by a jury if one or more “aggravating circumstances” were involved in the murder and there were no “mitigating circumstances” that carry more weight,

Aggravating circumstances that can lead to a death sentence under Nevada law include:

“Mitigating circumstances” that could preclude the death penalty include such things as:

Additionally, the death penalty will not be imposed in Nevada on minors and those with severe mental impairment.

There are no more serious offenses than those that carry the possibility of a death sentence, and retaining an experienced Nevada criminal defense lawyer is crucial if you are facing such a charge. Please give call us to discuss your matter.