Penal Code 136.1 PC is the California statute that defines the crime commonly known as "dissuading a witness." This offense is also referred to as "intimidating a witness" or "witness tampering." Specifically, this section makes it a crime to prevent any witness to or victim of a crime, from reporting it or testifying about it.

(1) Knowingly and maliciously prevents or dissuades [or attempts to prevent or dissuade] any witness or victim from attending or giving testimony at any trial, proceeding, or inquiry authorized by law.

(2) Causing a complaint, indictment, information, probation or parole violation to be sought and prosecuted…

(3) Arresting or causing or seeking the arrest of any person in connection with that victimization.

A defendant can fight a charge under this statute with a legal defense. A few common defenses are:

A violation of this code section is a wobbler offense. This means a prosecutor can charge it as either a misdemeanor or a felony.

As a misdemeanor, the crime is punishable by custody in county jail for up to one year.

As a felony, the offense is punishable by imprisonment in the state prison for up to four years. 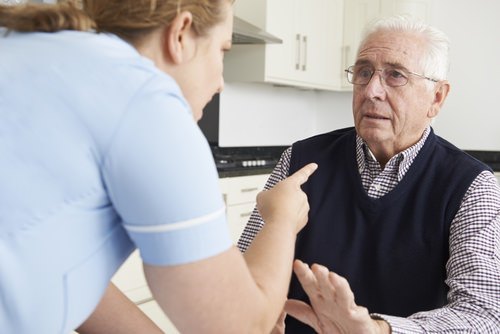 It is a crime for a person to prevent any witness of a crime, or a victim of one, from reporting it or testifying about it.

1. When is dissuading a witness a crime?

A prosecutor must prove the following to convict a person under this code section:

Intimidating a witness is a specific intent crime. This means that a defendant must have acted with both:

to be guilty of a crime.2

The word “knowingly” means an accused knows that facts exist which bring an action within the provisions of this code.3

The word “malice” means to act with a desire to annoy or injure another person.4

Example: John was talking to Paul. John told him of a recent news story in which a witness was killed after testifying at trial. John does not know that Paul was a witness to a recent crime.

Here, John is not guilty of dissuading a witness. He had no knowledge that Paul was a witness. He also did not act with any intent to injure a person.

The outcome would be different if John knew Paul was going to testify and he told him the news story with the intent to threaten or harm him.

Note that, under this statute, a victim is a person who believes:

Also note that, to be guilty of witness tampering, it does not matter if an accused successfully prevented or discouraged a witness. The attempt to do so is enough.6

2. Are there defenses to witness tampering?

A defendant can raise a legal defense to beat a charge of intimidating a witness.

2.1. No knowledge or malice

Recall that witness tampering is a specific intent crime. This means a defendant has to act with both knowledge and malice to be guilty. A defense, therefore, is for an accused to show that he did not act with this intent.

A defendant is only guilty under this law if he intimidated or dissuaded a witness or a victim. Therefore, an accused can try to exonerate himself by arguing that:

Note, though, that the accused might still be guilty of another offense – criminal threats, per Penal Code 422 PC.

This defense often arises in California domestic violence cases. The situation is when a spouse goes to the police and falsely says that he was:

Here, the other spouse can try to beat any charges of dissuading a victim by saying she was wrongfully accused.

A violation of Penal Code 136.1a is a wobbler. This means that it can be charged as either:

If charged as a felony, witness tampering is punishable by:

Note that intimidating a witness will always be charged as a felony if any of the following are true:

A conviction for dissuading a witness may have negative immigration consequences.

A category of “deportable” or “inadmissible” crimes includes “aggravated felonies.”9

Please recall that violations of this law can sometimes be charged as a felony. This means that:

Under Penal Code 1203.4, an expungement releases an individual from virtually "all penalties and disabilities" arising out of the conviction.[10

A conviction under this statute will have negative effects on the defendant's gun rights.

If a defendant is convicted of misdemeanor dissuading a witness, he will receive a 10-year ban on owning a firearm.

If convicted of felony dissuading a witness, the law imposes a lifetime restriction on owning a gun.

There are three crimes related to intimidating a witness. These are:

Note that it is not necessary under this law that the threatened person be a witness or a victim.

Penal Code 236 PC is the California statute that says false imprisonment is a crime.

False imprisonment is when a person:

Note that unlike PC 136.1, this law requires actual physical contact with another person.

Penal Code 207 PC says that it is a crime in California if a person:

Note that, like tampering with a witness, kidnapping will typically not result in negative immigration consequences.

For charges of intimidating a witness in Nevada or Colorado, please see: