CRS 22-33-104 is the Colorado statute that defines the crime of school truancy. This section requires children to attend school. Juvenile courts can order a child to attend school, or can order the parent to get their child to school. Breaking these court orders can lead to sanctions and contempt of court.

The penalty for violating CRS 22-33-104 is being held in contempt of court.

A Colorado criminal defense attorney can help if you or your child has been accused of school truancy. In this article, a lawyer explains: 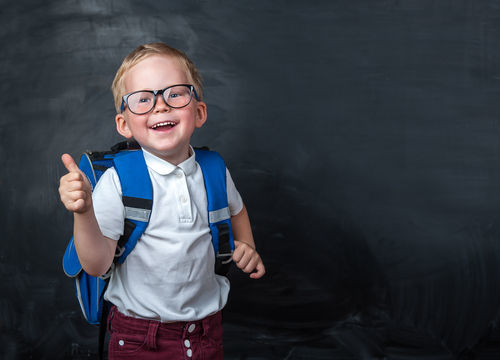 In Colorado, CRS 22-33-104 is the statute that defines school truancy. It requires children between the ages of 6 and 17 to attend school for at least:

1.1 How is truancy prosecuted in Colorado?

If a child begins to fall behind their school's attendance requirement, the school can begin a truancy case. These cases follow the process laid out in CRS 22-33-108.

A truancy case can be started by:

A truancy case begins with a notice from the school to the student and their parents. This notice warns the student and parents they will have to come to court if the student's attendance problem is not corrected.

The child in a school truancy case has a right to a lawyer.

If the juvenile court judge decides CRS 22-33-104 has been violated, they can issue a court order against the student and parents. This court order requires that steps be taken to make sure the child goes to school.

If the juvenile court learns that the court order is not being followed, it can start a contempt of court case.

Children and parents who have been notified that a truancy case is about to begin against them have legal defenses that they can raise. Common defense arguments against a claim that you violated CRS 22-33-104 include:

The job of proving these legal defenses falls on the student and their parents.

2.1 The absences were excused

There are plenty of excusable and justifiable reasons for a child to not be in school. CRS 22-33-104(2) excuses absences when the student is:

The attendance rules for a local school may set out other excusable absences, as well.

2.2 The school is not following its own rules on truancy

In some cases, the school pursues a truancy case in a way that violates its own rules or the rules set out in CRS 22-33-108.

These rules are made to ensure students can have their say and defend against a truancy charge. If a school breaks those rules, it can violate your rights.

2.3 The student no longer has to go to school

If a student has already graduated – even if they graduate ahead of schedule – they no longer have to go to school. Proving that they have graduated can defend against a truancy charge.

Unlike for many criminal convictions, the penalties of violating CRS 22-33-104 are not set in stone. Instead, the juvenile court judge has a lot of discretion in setting the penalties of a violation.

If the judge is not satisfied by the defenses raised by the student or their parents, the judge will issue a court order. The details of this court order depend on the case. They will be tailored to the student's attendance problems and the parents' ability to get their child to school.

There are only penalties for school truancy if this court order is ignored or broken. If it is, the court will initiate contempt of court proceedings.

The maximum penalty a student has to pay for contempt of court in truancy cases is a few days in jail. Juvenile court judges, however, only use this penalty when there are no other options. In most cases, an alternative solution is reached that helps the student get to school. For example, school attendance officers can pick students up and bring them to school.

There are several related offenses to school truancy. Most of them get filed after the truancy hearing and investigation uncovers evidence of a crime.