"Miranda rights" or the "Miranda warning" are protections granted by the United States Constitution to alleged criminal offenders.

What are Miranda Rights?

These rights are found in the 5th Amendment to the U.S. Constitution and apply in all criminal cases.

The Court in Miranda determined that a person under arrest must be advised of his or her constitutional rights when two conditions are met:

Police do not have to give a warning to a suspect if:

What is in the Miranda warning?

The case did not state specific words to be said in the warning, but set forth the rights that must be described to the suspect. A typical Miranda warning contains the following general language:

Do the Police Always Have to Read You Your Rights?

A common misconception is that police must always read you Miranda rights, but they must only read them when the conditions listed above are met.

However, if those conditions are met, and they fail to read you your rights, any statements you make during your arrest or during your custodial interrogation may be suppressed and not used as evidence against you at trial.

What is a Custodial Interrogation?

A "custodial interrogation" occurs when an officer asks questions likely to produce incriminating answers while the individual is in custody.

How do I Invoke my Miranda Rights?

A specific process or a specifically worded phrase is not needed to assert your Miranda rights. If you wish to invoke them prior to or after an officer has issued the Miranda warning, simply make an affirmative statement, like:

Remaining silent and saying nothing is not enough. Simply staying quiet could be used against you in court if you do not invoke your rights.

Can Miranda Rights be Waived?

Yes, these rights can be waived by: 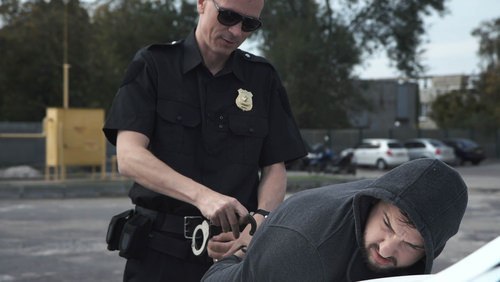 Miranda warning says that persons placed under arrest or subject to custodial interrogation are entitled to warnings concerning the suspect's constitutional rights.

1. What are Miranda rights in Colorado?

"Miranda rights" or the "Miranda warning" are part of the protections granted to Colorado offenders by the United States Constitution.

These rights are found in the 5th Amendment of the U.S. Constitution.2 They apply in all criminal cases.

A person is "in custody" when:

A person under arrest -- i.e., handcuffed and taken to jail -- is unquestionably "in custody." Examples of when you are not in custody include:

2.1 What is a "custodial interrogation" for purposes of Miranda warnings?

The phrase "custodial interrogation" refers to the situation where:

Courts look to the "totality of the circumstances" and other factors to determine when a person is subject to a custodial interrogation.4

2.2 What factors will a court consider to determine if I was in custody during questioning?

Courts are allowed to consider several different factors when making the determination that a person was or was not in custody. The Court will also attempt to determine if the situation was intimidating, coercive, or compelling.

2.3 What is the reasonable person standard?

When considering all of the questions listed in the previous section, courts consider what a reasonable suspect would believe about the situation involved.

Example: A burglary occurs, and police officers contact Dwayne about coming in for an interview. Dwayne comes in voluntarily. The officer does not give a Miranda warning at first but tells Dwayne he is not under arrest. After some questions, Dwayne admits to committing the crime. He is then read his Miranda rights, and he confesses again. This interview was not custodial because Dwayne came in voluntarily and was initially free to go at all times.5

Example: Police officers have been investigating Sarah of child pornography and show up at Sarah's work and tell her to stop working. They take her to a conference room. The officer tells her she isn't under arrest and questions her for two hours. She makes incriminating statements during the interview and is never read her Miranda rights. However, because she was in a familiar place and not under arrest, the interview was not custodial and did not violate her rights. 6

3. What is in the Miranda warning?

The case of Miranda v. Arizona did not set forth specific words to be stated in the warning but set forth the rights to be described to the suspect. Any words can be used so long as the suspect's constitutional rights are clearly stated to him or her.7

3.1 After the warning is read, do I have to talk to police?

After the Miranda warnings are read to a suspect, he or she is usually asked if the suspect understands those rights. Law enforcement will then usually ask if the suspect wishes to speak with them voluntarily and without legal counsel present.

A suspect does not have to speak with police just because the warning has been read. In fact, the suspect has a right to remain silent or ask for a lawyer.

3.2 What do I have to do to invoke my Miranda rights?

There are not any special words required to assert a person's Miranda rights. However, to invoke those rights, a person must make an affirmative statement, like:

Remaining silent and saying nothing is not enough. Simply staying quiet could be used against you in court if you do not invoke your rights.9

4. Can I waive my Miranda rights?

An officer does not have to use specific words to ask if the suspect wants to waive his or her rights. The officer may ask something like:

Other officers may be less formal and simply ask:

4.1 What is an express waiver of Miranda rights?

An express waiver occurs when a person affirmatively chooses to waive his or her rights and makes that clear to law enforcement. This usually involves a statement, such as:

4.2 What is an implied waiver of Miranda rights?

An implied waiver is one based on the suspect's conduct or behavior. Making a statement to police voluntarily after the Miranda rights are read, without affirmatively saying you choose to waive, is considered an implied waiver of rights.

The statements made after the "implied" waiver, however, must be:

"Intelligent" and "knowing" do not necessarily mean the suspect him or herself are actually intelligent or even that the decision to waive was a good choice. All it means is that after receiving the Miranda warnings, the person can understand them and can choose to waive them.

The statements must also be "voluntary." Voluntary means free of coercion or some improper influence by police to force a person to make statements and to waive his or her rights under duress.11

5. If I waive my Miranda rights, can I change my mind later?

Yes. If you waived your rights before, either expressly or by implication, you are allowed to change your mind at any time. The rights will then apply moving forward.12

An experienced attorney can analyze your particular case, and file a motion to suppress statements that were made in violation of your Miranda rights.

6. Should I waive my Miranda rights?

You should not waive your constitutional rights if you are suspected of a crime or are asked questions that can incriminate you.

Many people fear invoking their rights, thinking "the police will think I'm guilty" or that the fact that he or she chose to remain silent can be used against you.

If you affirmatively invoke your right to remain silent and ask for experienced Colorado defense counsel, your silence cannot be used against you at trial. With the help of an attorney, you can make sure your rights are protected and potentially avoid charges against you.

For questions about your Miranda rights or to confidentially discuss your case with one of our skilled Colorado criminal defense attorneys, do not hesitate to contact us. We can assist with challenging coerced confessions in court.